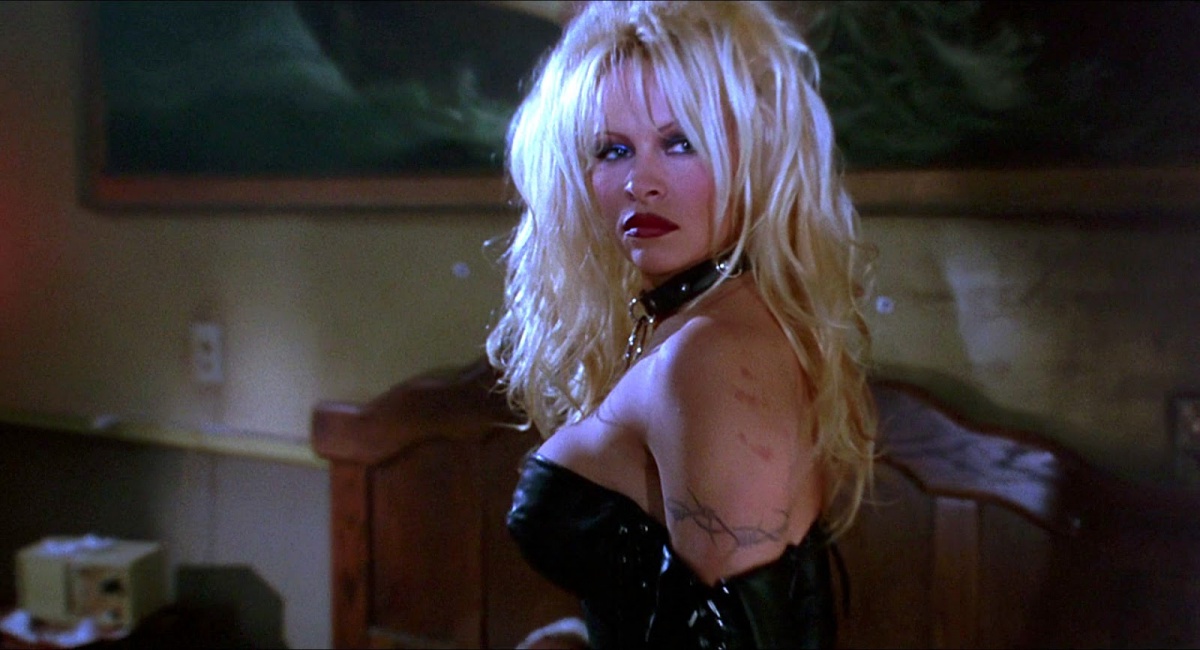 Earlier this week in an interview with Australian TV channel 9Now’s 60 Minutes, Pamela Anderson said, according to MSN, that “this #MeToo movement is a bit too much for me.”

She then followed up by saying, “I think this feminism can go too far. I’m a feminist, but I think that this third-wave feminism is a bore … I think it paralyzes men.” Anderson has since retracted her comments, saying that the quote “solely related to my hope that a handful of false testimonies out of a tsunami of heroic voices do not serve to dilute the importance of the #MeToo movement, and all of us who champion it.”

Now, as someone who would be a proud owner of Barb Wire on Blu-Ray if it were available in that format—you can watch it if you have a Starz subscription, so get at it, Outlander fans—I have always found my aesthetic appreciation of Pam Anderson as a cultural icon at odds with the really sideways things that come out of her mouth. I could go into the #MeToo element, but I think that’s low-hanging fruit and pretty repetitive considering we have talked frequently on this site about how #MeToo has not gone far enough.

Pamela Denise Anderson has made her career off of being one of America’s sexiest women. From her slow runs on Baywatch, her Playboy centerfolds, and her busty figure, Anderson was a sex symbol for most of my childhood and teen years. I’ve already confessed to watching Striperella at way too young of an age, so I know the extent of PamAn fever.

She was the sort of hyper-sexualized figure that feminists would have looked at and said was an example of the way we have commodified the female body—that Anderson wasn’t empowered, that she was being used in a way that made her feel liberated. On the other hand, those who would say that Pamela Anderson is an empowered woman, because she owns her sexuality, are those, as she put it, “boring” third-wave feminists.

Anderson is wrong, though. This isn’t “third-wave” feminism she’s talking about here. The #MeToo movement, Time’s Up, the Women’s March, and more are all elements of fourth-wave feminism that’s more constructed around technology’s ability to connect us all and make us more aware of the difficulties facing women on a global scale, the 2012 Delhi gang rape being one of the biggest incidents.

However, aspects of third-wave feminism and modern feminism have been called boring by radical feminists. They say that, in many ways, the movement does not go far enough, because it makes feminism a universal thing (anyone and everyone could/should be a feminist), with pop culture making feminism more accessible (Beyoncé, Taylor Swift and every pop woman having to be asked the feminist question), and that too much of it is about wanting to make women feel like all of their actions can be feminist.

That’s the type of feminism that allows Pamela Anderson to call herself a feminist, despite how her body and sexuality has been commodified. To the “boring” feminists, Anderson’s ownership of herself is more important than how men view her, because they would commodify her anyway.

So when I heard Anderson’s comments, I couldn’t help but laugh, not just because they were wrong, bad, misguided, etc., but that she and so many radical feminists have come to the same conclusion about modern-day feminism, but from opposite sides of the spectrum, because Anderson is not a radical by any means, except when it comes to PETA.

As someone who is deeply feminist, but also a woman of color from a working-class immigrant background, I find these conversations, about which version of feminism is right, to be, at times, tedious. Do I understand that modern feminism sometimes spends too much time on feminist memes? Yes. However, as someone who has to wake up every day with the boot of sexism, imperialism, racism, and homophobia on my back, I’d also like to laugh.

Have we lowered the standard of what it means for someone to be a feminist? Yes, but (a) people keep failing anyway, and (b) mainstream feminism has never had a very high intersectionality bar at any point anyway.

For all its failings and “boringness,” modern-day feminism is making the best attempt yet to be intersectional, the most understanding of the realities of not just the middle-class women who have typically run the movement, but also the working-class and poor women that are here, as well. Feminism, as a movement, has always been a work in progress, and while it could certainly be more radical, we shouldn’t pretend that radical feminism has always been inclusive to all women.

Finally, if you’re “bored” by feminism when it’s actively looking to call out terrible people, then maybe you just aren’t a feminist.

Literally no one would hold it against you. However, you should be aware that it’s the “boring” feminists who attempt to give you humanity, while the men you worry so much about treat you like an accessory.