PaleyFest L.A. 2018: On the Red Carpet With the Cast and Creative Team of The Handmaid’s Tale 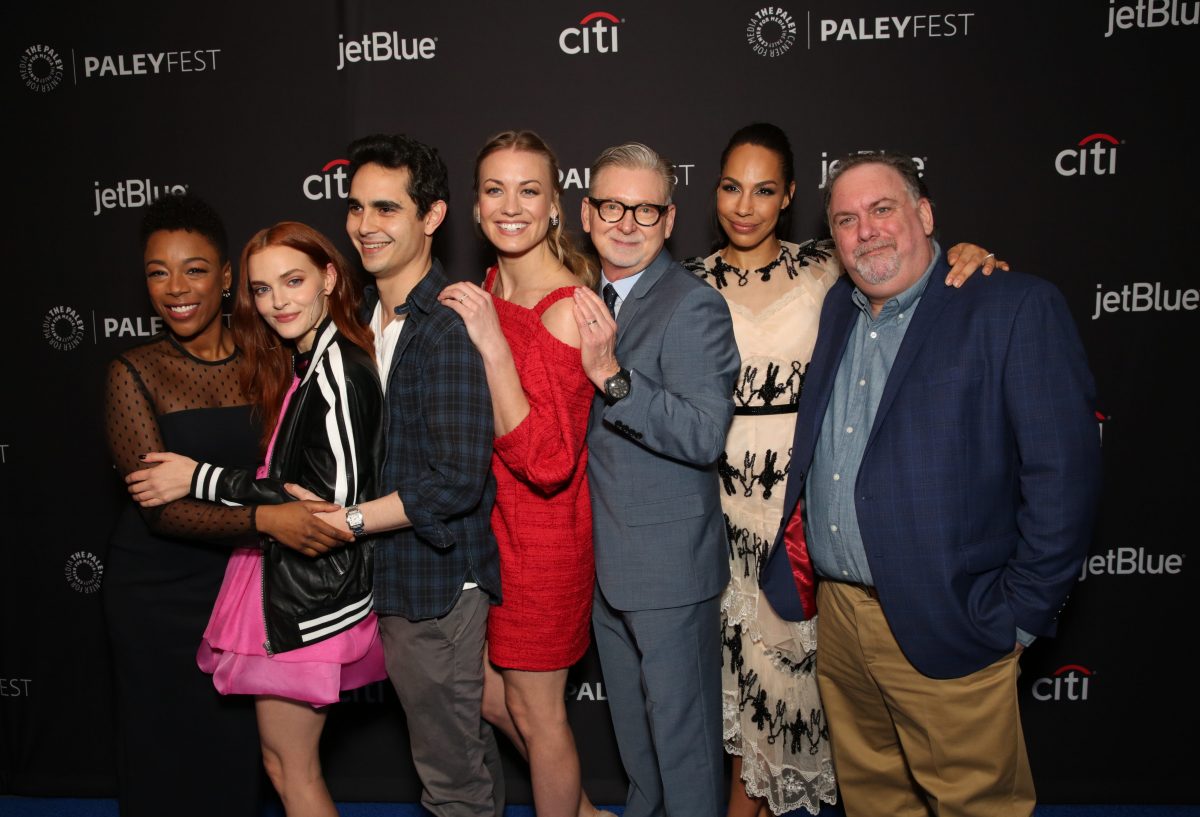 The cast and creative team of Hulu’s The Handmaid’s Tale were really happy to share some insights into the upcoming season on the red carpet at PaleyFest L.A. 2018 on Sunday. From what they told me, it sounds as though this season has the potential to be even more powerful than the first. 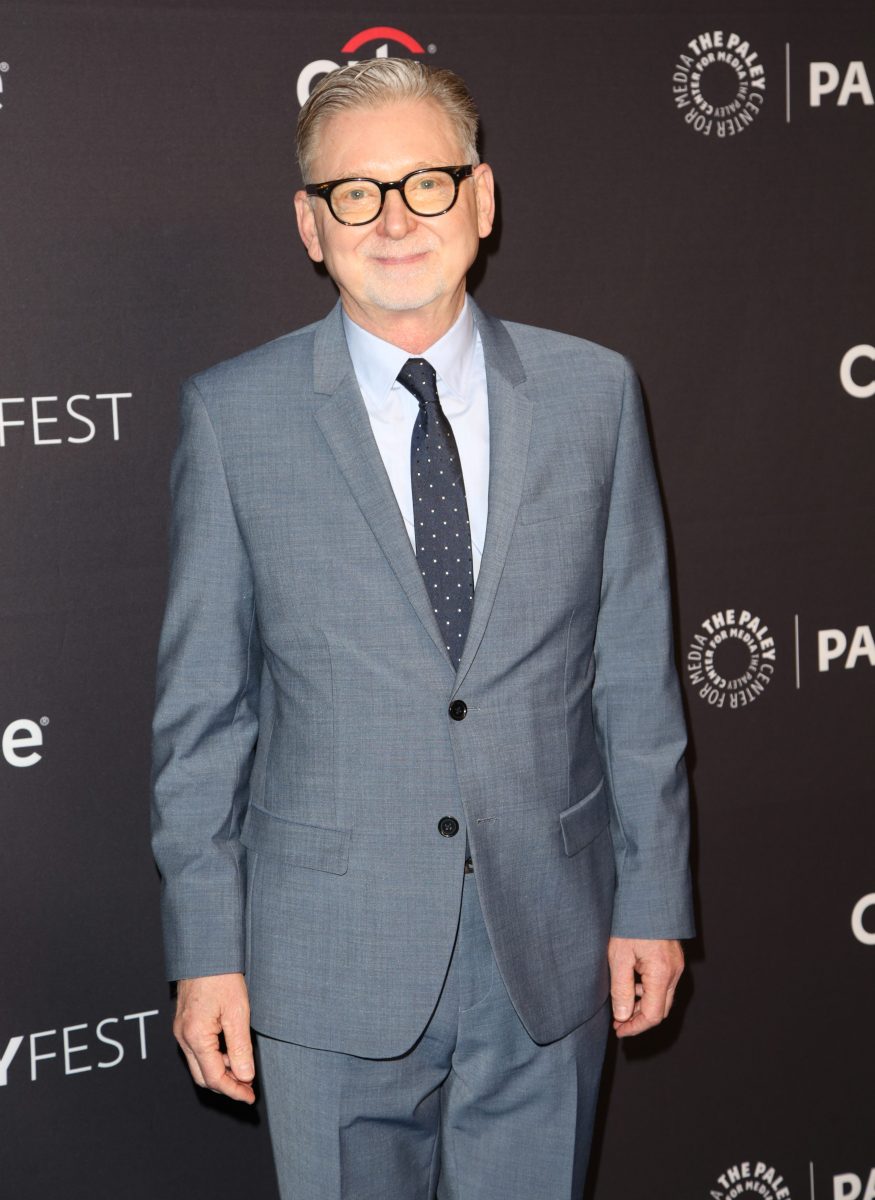 Executive Producer Warren Littlefield has a long and varied career shepherding TV shows into being, first as an NBC executive where he oversaw the creation of 90s classics like The Fresh Prince of Bel-Air, Friends, ER, Will & Grace, and The West Wing, then more recently as an Executive Producer working more closely on shows like My Generation, Fargo, and now The Handmaid’s Tale.

When asked why The Handmaid’s Tale has done so well and resonated with so many people, Littlefield replied, “Well, we’re relevant. There are times we wish we weren’t as relevant as we are, but unfortunately it feels like America is a bit pre-Gilead. So, our drama feels pretty damn relevant, and that can be unfortunate.”

However, he also believes that regardless of our current political climate, it’s just a damn good show. “First and foremost, though,” he says.”We tell a powerful, human, and feminist story. That’s what we’re committed to.”

He gave a little insight into where Offred is headed in Season Two, saying, “She’s pregnant, and so the theme of motherhood is a powerful one in Season Two, because she’s also a mother to Hannah, but she also has an unborn child that she’s carrying. So that theme permeates all of her decisions throughout Season Two. It’s a very ambitious year: we go to the Colonies, and we also help the audience understand how did this all happen? When did it begin? What was the moment through our characters’ eyes that we we went from America that we recognize to Gilead? So, big ambitions for Year Two.”

Amanda Brugel, the Canadian actress who plays Rita, the Waterford’s inscrutable Martha, was thrilled to be doing her first major round of American press, and even more excited about where the show and her character is headed in Season Two. Having grown up in a country where Margaret Atwood books were a part of the culture’s DNA, being a part of The Handmaid’s Tale was especially meaningful to her. However, getting to go even further than the novel did originally is particularly fun.

“We really, really have opened up the periphery,” Brugel says of Season Two. “You start to see the Colonies, and you see Canada, you see a little more of the resistance. So, I love the idea that everything expands, and you see how far Gilead’s reach goes, and how many people it affects.”

Regarding Rita, she says:

“I really believe that we ended Season One not really knowing what she stood for. Whether or not she was someone who was really was drinking the Kool-Aid and someone who really believed in Gilead, or whether or not she was really someone who fought for humanity, but was so beaten down she didn’t know where to start. So, Season Two we answer that question…and the answer is shocking. Like, I just read [Episode 13] four days ago, and I stood up, and I was pacing back and forth, and I was like No! And I wanted to call people, and I didn’t know who to call…it blows me away from where she starts to where she ends up. It’s reeeally exciting.” 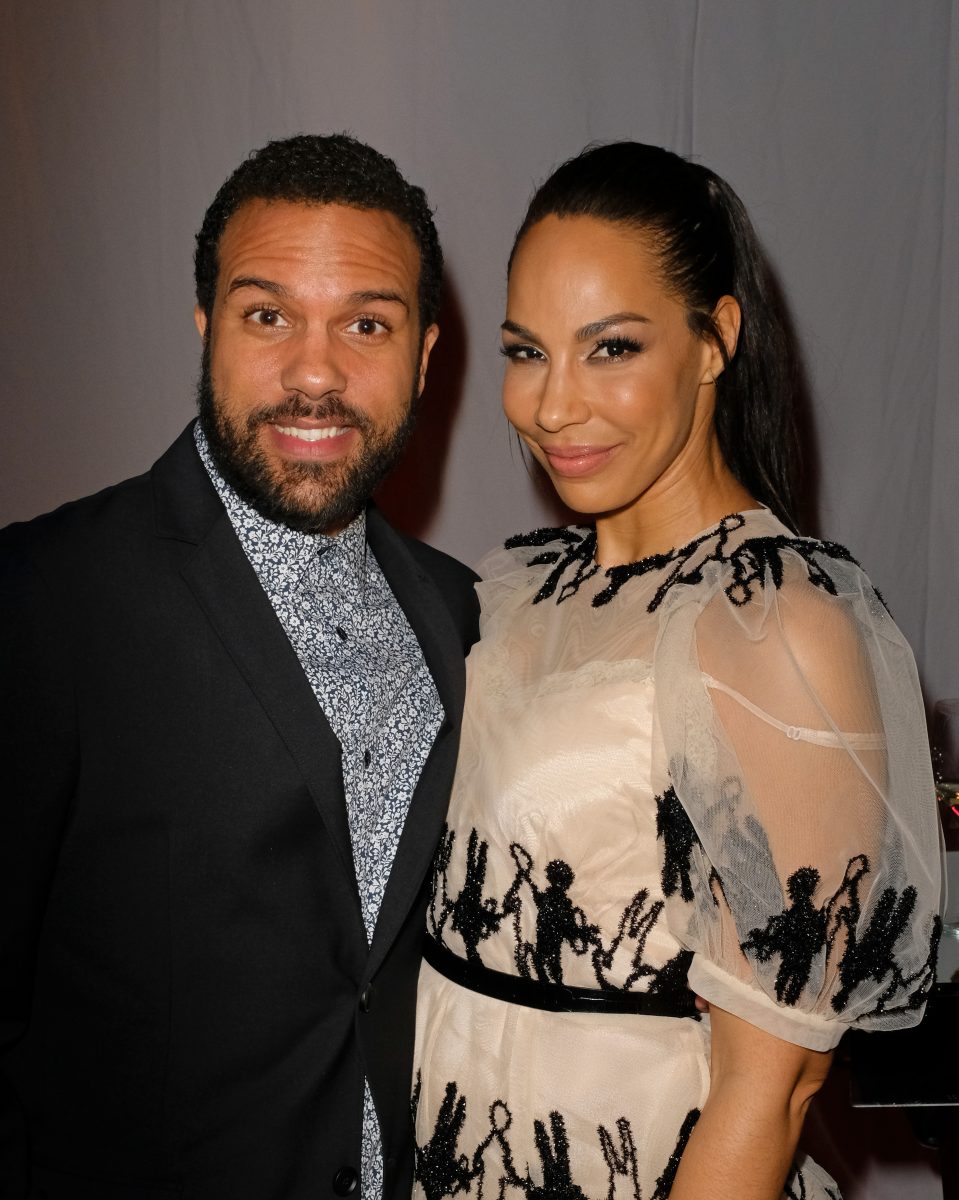 O-T Fagbenle, who plays June’s husband Luke, says that despite the nature of the show, time on-set is actually really light and fun, that Elizabeth Moss is hilarious, and that getting to work so closely with Samira Wiley on Season Two, now that Moira has found Luke in Canada, has been a treat because she’s such a “jokester.”

Still, according to him, the second season of The Handmaid’s Tale is “maybe a little darker than the first.”

I asked him how playing Luke and being a part of this show has informed the way he thinks about his interactions with others, or politics, in real life, and he said:

“It’s obviously a reminder that we all have a responsibility within our work to kind of move things forward. Now it might small ways. It might be standing up for a coworker, or speaking out about certain issues. Being a part of this show has definitely reminded me that things aren’t right right now in the world, and change has to happen, and we have to engage in that presently in all the opportunities we get.”

Lastly, he does broach the touchy subject of the fact that Luke was married when he got together with June. So…what’s up with that? What happened to his wife? Will we be getting into the space between the start of their affair, and their own married life with a daughter?

“We do get to explore Luke and June’s relationship beforehand,” Fagbenle says. “Luke was married, and that’s the whole reason June ends up a Handmaid, is because of that sin that she committed by being an ‘adultress.’ So, there is some exploration of their relationship.” 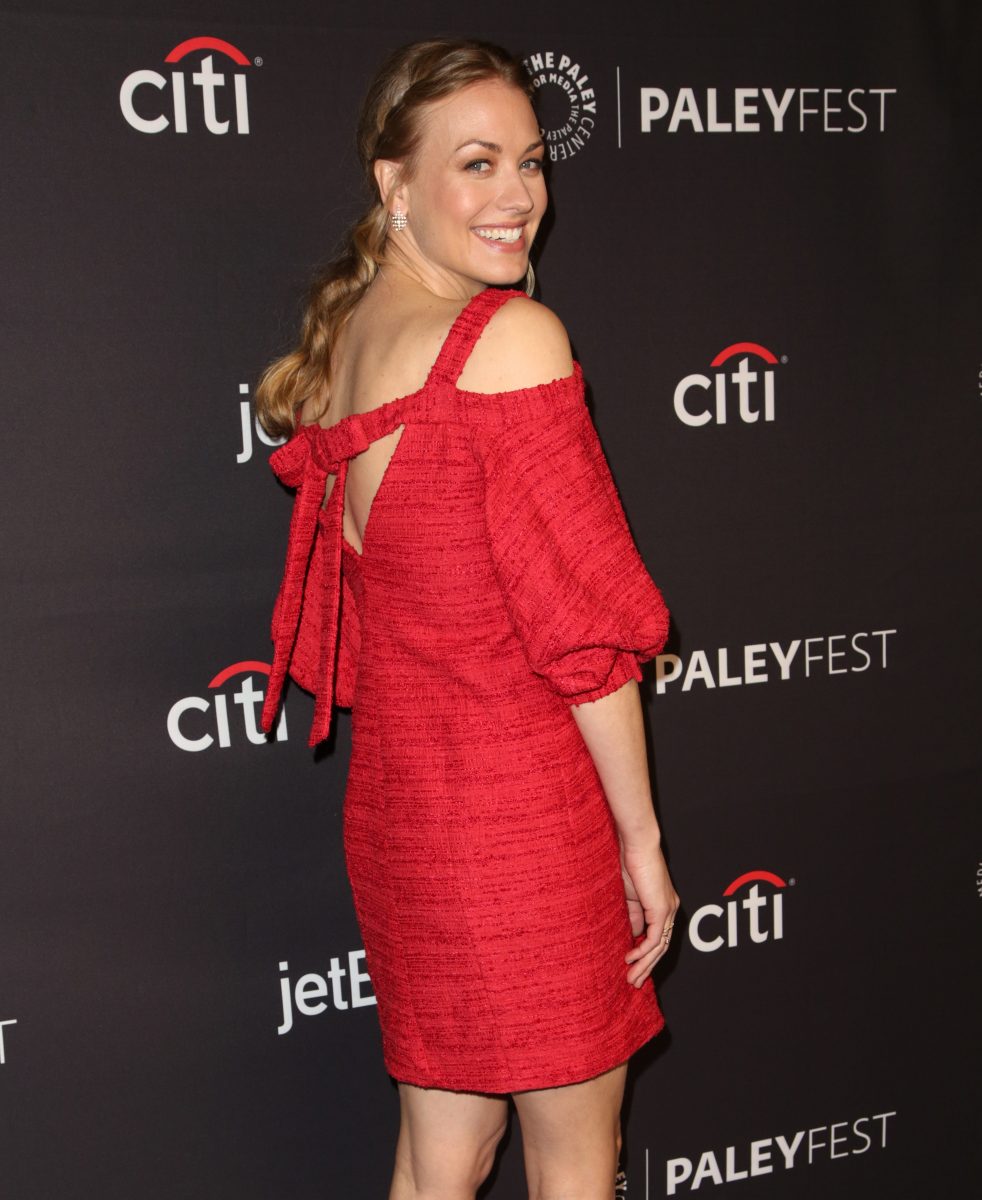 And then there’s Yvonne Strahovski, whom it was refreshing to see so light and happy after having spent a season with her as the quietly ferocious and deeply sad Serena Joy on The Handmaid’s Tale. We’ve gotta remember, of course, that she’s the same woman who played CIA agent Sarah Walker on the hit NBC action-comedy, Chuck. Clearly, this woman has range.

I was curious as to whether playing someone like Serena Joy has informed the way she interacts with people who disagree with her politically at all, or the way she approaches her political beliefs in general. She sighed a very deep sigh before she said:

“It’s really complicated, because there’s a lot about Serena, everything about Serena, isn’t something that I jive with really, so that continues to challenge me all the time. That’s why it’s important to put as much humanity in her as possible, because there’s so much that’s inhumane about her. It’s been very confronting to…I’ve seen certain scenes [from the upcoming season], and when I watch Serena—watch myself—doing certain things, and I’m reminded of real-life people on the news that I see that I don’t agree with. It’s interesting when you’re in that scenario of playing someone that you’re not aligned with in that sense.”

When asked to describe Season Two of The Handmaid’s Tale in three words, she said, “Breathtaking. Devastating. Roller-coaster.”

We’ll all get to jump on the roller-coaster when The Handmaid’s Tale S2 comes to Hulu on April 25th with two episodes, and will continue after that with one episode a week for a total of thirteen episodes.

(images: Brian To for the Paley Center except where specified)