Google May Have Broken Its Own Paid Link Rules, May Have to Remove Chrome Download Page From Results 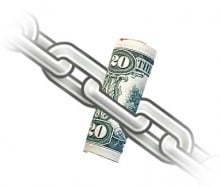 Yesterday, Aaron Wall of SEO Book made an interesting discovery: If you did a Google search for “This post is sponsored by Google,” you’d get a whole bunch results that were relatively hollow, content-thin endorsements of Google Chrome. You know, the kind of sponsored content that’s more about mentioning a name and dropping a link more than anything else. The problem? Google’s own rules say that paid links have to be designated as such, so they won’t affect a page’s PageRank. These links were not, and the penalty could be painful.

It’s unlikely that Google was actively exempting itself from its own rules. Google actually has a good track record when it comes to holding itself to its own standards and has actually penalized divisions of the company for this kind of indiscretion. Unruly Media, the ad company that’s been running this campaign for Google, has come out and said that the whole thing is all because of a mistake on a blogger’s part. According to Unruly Media, the blogger who generated the content was instructed to use a nofollow tag, as per Google’s rules, and just forgot. The offending link has been fixed, in the meantime.

The other aspect of the whole situation is that the actual content of the blog post is largely garbage, saying nothing of any consequence, like most of my middle school book reports. This flies in the face of Google’s fight against thin content, and their recent update designed to decrease its effect on PageRank and could be deserving of a penalty in its own right.

Google itself hasn’t come out and made an official statement on the situation yet, but that’s probably because the discovery happened yesterday when a large portion of the Google staff wasn’t working. It’ll be interesting to see what they say since one of the punishments Google gives for paid link abuse is the removal of the offending site from the Google algorithm for a period of months. The offending site here? The Google Chrome download site. That being said, it seems pretty clear that this was all mistake, but the question is, will Google be more forgiving with itself than with third parties who may have made the same kind of mistake? We’ll have to wait and see.