The Paddington Cinematic Universe is THE ULTIMATE continuous crossover event. 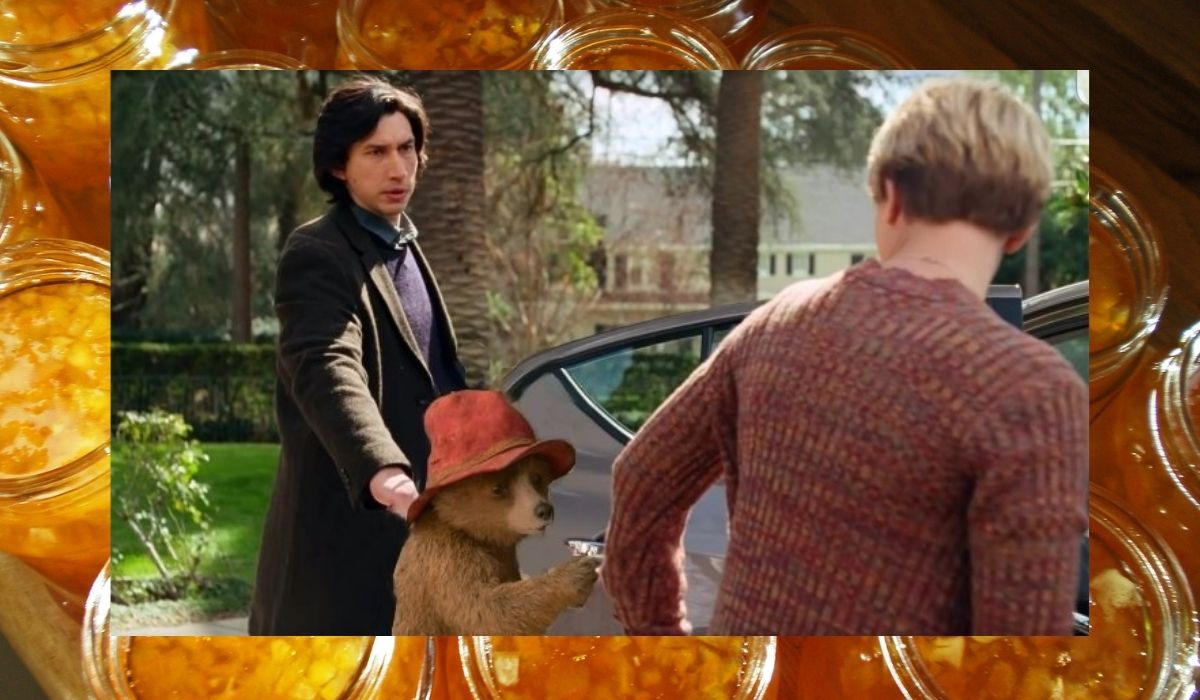 One absolute gem of a Twitter account I recently discovered is @JayTheChou‘s photoshopping Paddington (yes the bear) into various films. And the account posts daily! The quality of the blend is usually good, but the choice in film, scene and Paddington frame always works perfectly.

Sometimes, these edits are a little more obvious.

I Photoshop Paddington into another movie until I forget: Day 202 pic.twitter.com/F9itIOuHEH

I Photoshop Paddington into another movie until I forget: Day 181 pic.twitter.com/bcOq8HTlxc

Other times, the artist opts for a clever twist and leaving quite an impression of the imaginary Peruvian bear.

I Photoshop Paddington into another movie until I forget: Day 222 pic.twitter.com/HYwwfPEkin

I Photoshop Paddington into another movie until I forget: Day 174.

Occasionally, the photoshop will be animated like this scene from The Social Network or one of the first viral images of an animation.

I Put Paddington into another movie until I forget: Day 182 pic.twitter.com/xC3zeuDxeE

I reached out to the creator behind all of these memes, Jason, via Twitter and he told me about how this project came about.

The first germ of the idea came from the subreddit r/okbuddyhasan. A user would photoshop Hasan into different Pokemon until he plays Pokemon on stream. And then I saw a similar idea on r/gamingcirclejerk where people would photoshop Todd Howard or Don Cheadle into different games. And then finally I started posting my photoshops on r/Moviescirclejerk where everyone loves Paddington. This all sounds very bizarre.

Jason chose to “do it until I forget” as a unique way of challenging himself. He went on to state that though at the moment he doesn’t repeat movies, “that might change because there are some I would like to revisit.” Spending about 90% of each post on finding the movie/scene and 10% in Photoshop, Jason takes about 30 minutes in total each day working at this challenge.

When I asked about his favorites and a fan favorite, Jason had a hard time choosing his. He ultimately choose A Marriage Story (see first image above framed in marmalade). “People really loved the Interstellar one where Paddington has his own little space suit,” he told us of the fan favorite. “I think my favorite is him in Marriage Story because his pose contributes to the story and works so well.”

there’s a man on twitter who edits paddington into a movie every single day pic.twitter.com/RjyGpunQ6l

I’m gonna have to go with the majority on this one because Interstellar, too, is one of my favorites.

His hard work has not been overlooked. Timely posts (like Paddington with 007 a few days before the latest film released and seasonally appropriate films) and some of the most epic images were noticed by people at Adobe’s Photoshop Twitter account and Studio Canal.

Though he has a film degree in hand, Jason says he has lost interest in making movies. However, this project offers another outlet in which he can express his keen love of cinema. He and Paddington venture into popular and cult classic movies, but also obscure films and early, early films. Because he hit day 200 Paddington posts a few days back, some of your favorite films have likely already been completed. I saw people requesting certain films with Jason replying with an earlier image from that film in hand.

Outside of the 30 mins a day or so he spends making and posting these heartfelt and sometimes stressful images (like when Paddington is in a horror movie), Jason plays video games, practices art (looking to work in VFX/games industries), and is teaching himself electric guitar (with the goal of learning Pink Floyd’s entire discography.)

You can find more of Jason’s work (including Paddington) on Twitter and Instagram. He plans on becoming more active on Twitch where in addition to games, he wants to work on art projects. This means you may see him work on this and these adventures live.

I Photoshop Paddington into another movie until I forget: Day 199 #Halloween #Halloweenkills pic.twitter.com/vPL16PaIz6