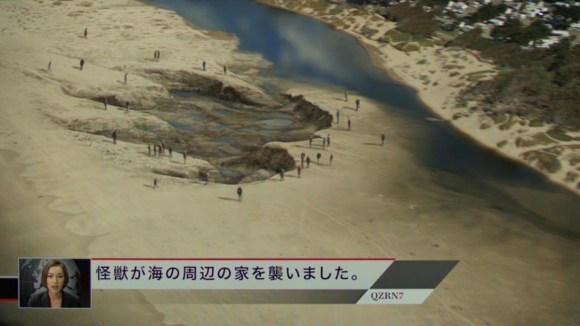 This new production photo from Guilllermo del Toro‘s Pacific Rim reminds me of a quote from Isaac Newton.

I was like a boy playing on the sea-shore, and diverting myself now and then finding a smoother pebble or a prettier shell than ordinary, whilst the giant, alien monster seeking to destroy all humanity marched landwards undiscovered before me.