Put a bird in jail. 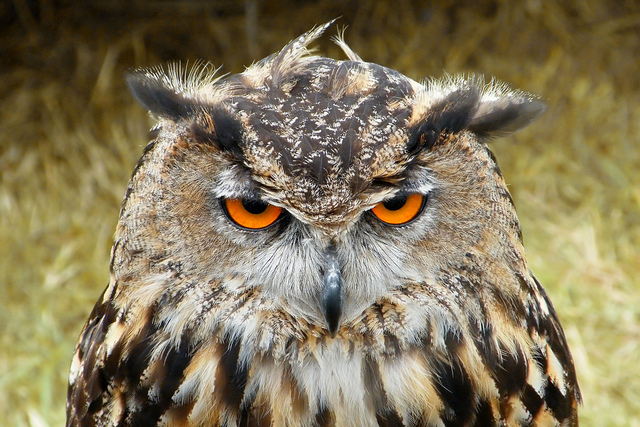 One jogger, a surgeon, said the owl hit him twice in Bush’s Pasture Park in Salem, and so hard he thought he was having a stroke or an aneurysm. Another said the bird swiped his longtime running cap and nicked his scalp [typical Pigwidgeon].

Parks and transportation services manager Mark Becktel said the city is erecting twenty signs to make “people aware that there’s an owl there that for whatever reason swoops down and goes after people’s hats.” (But HAS MARK SEEN AVATAR? I NEVER SAW AVATAR.) 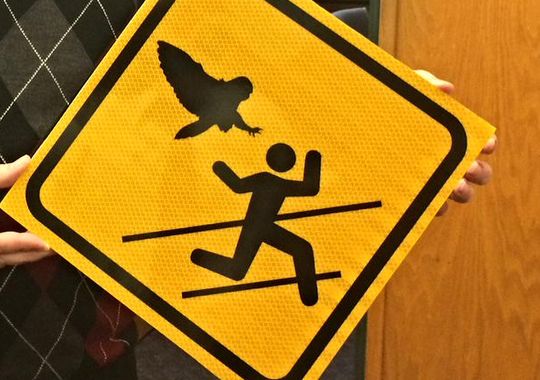 (images via Mark A. Coleman on Flickr and KGW.com)