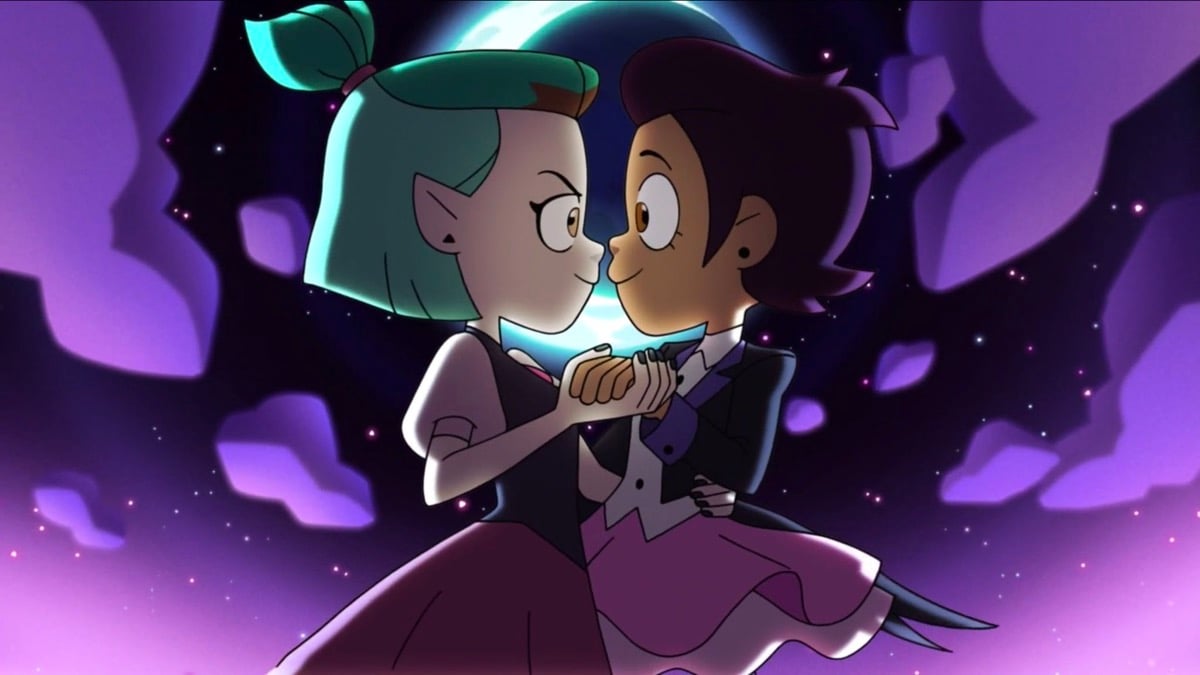 Recently, the animated Disney series The Owl House made history as the first Disney cartoon to feature a canon bisexual protagonist, with 14-year-old Dominican-American Luz Noceda. This development was mostly received as positive news, as the show now joins the likes of revolutionary shows like Netflix’s She–Ra and the Princesses of Power and Cartoon Network’s Steven Universe in showcasing all-ages queer representation.

However, with the good comes the bad and the ugly, as seen in the comments on certain websites and predictable reaction of One Million Moms, a far-right Christian fundamentalist organization that has created a petition, in their words, “urging Disney Channel to cancel this dangerous show, ‘The Owl House,’ immediately.”

Many of the negative reactions attempt to hide their bigotry behind the idea that LGBTQ+ content is inherently inappropriate for children’s shows—that young characters (such as those as Luz’s age, and therefore the children watching her in real life) are too young to identity as queer, and that shows are pushing orientation onto kids before they’re ready.

To which I kindly say grow the hell up.

Take, for instance, Disney’s other famous portrayals of shipping. In the show Star vs. the Forces of Evil, also at Disney, titular protagonist Star Butterfly is seen in two prominent relationships throughout the series—one with her on-and-off again demon ex-boyfriend Tom Lucitor and another with best friend/love interest Marco Diaz. Throughout the series, the relationships with these two characters takes prominent positions, in which Star is seen expressing romantic attraction in kissing, holding hands, dancing, and the like. 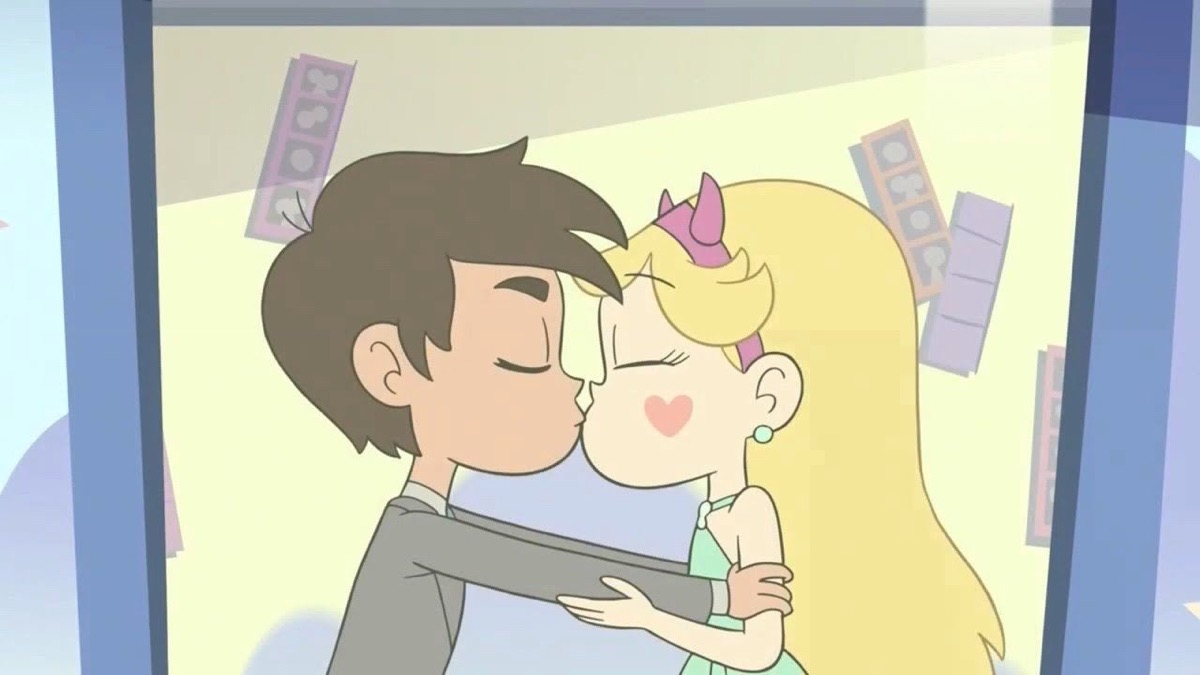 However, the reaction to this was not nearly as hostile as the reaction to that show’s thirty-ninth episode “Just Friends,” in which a two-second kiss between two unnamed male characters prompted banning in certain countries after airing. Clearly, those who are upset, no matter what they claim, aren’t objecting over the age-appropriateness of romance—only to queerness itself.

The idea that certain characters are “too young” to know they are LGBTQ+ while the same isn’t said about knowing they’re straight, or that queer romance is inherently “inappropriate” for young children while heterosexual romance is not, is fundamentally and undeniably rooted in homophobia and the over-sexualization of queer kids.

Just look to Nickelodeon’s The Legend of Korra, in which the titular protagonist had a recurring relationship with her then-boyfriend Mako, involving kissing (and lots of drama), only to receive criticism after just holding hands with her current girlfriend, Asami Sato (though the comics touch more on their relationship in beautiful detail). Within The Owl House, Luz has not yet entered a relationship, and has only held hands and *gasp* danced with female love-interest Amity Blight, so to those who see this as “overly mature,” please take your Victorian sensibilities elsewhere. 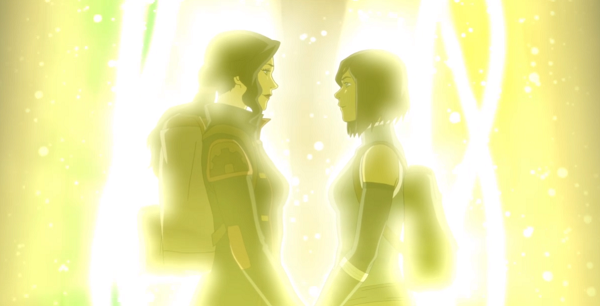 The fact is that when cartoon characters are seen as straight or in straight-presenting relationships (because, let’s be honest, Star’s reaction in this scene clearly indicates that this character is anything but straight), it poses no threat because it conforms to society’s heteronormative notions of straightness as the default. Children and young adults who cast doubt on this idea, who express the possibility of not being straight/ cisgender/etc., are constantly doubted and told “it’s just a phase,” belittling their sense of self and identity.

But here’s the thing: most kids have a much clearer understanding of who they are than the adults around them, who claim they do. I was fifteen when I started getting inklings that I wasn’t as straight as everyone thought I was, just one year older than Luz. Having had more LGBTQ+ representation at that age wouldn’t have made me “gayer,” but instead would have taught me and other kids that it was OK to be who I was, who we were—that being attracted to the same gender, to more than one gender, or maybe no gender at all, was not a bad thing.

Contrary to illogical opinion, queer media doesn’t create queer kids. Instead, Queer media validates queer identity and allows kids to have a greater sense of self-awareness when it comes to their orientation and gender identity in ways that cishet kids are validated in from birth.

Kids like Luz and the kid that I was (and still feel, inside, that I am sometimes) deserve all-ages queer representation so that we can have representation of positive and healthy relationships, as well as assurance that who we are is completely natural and real. 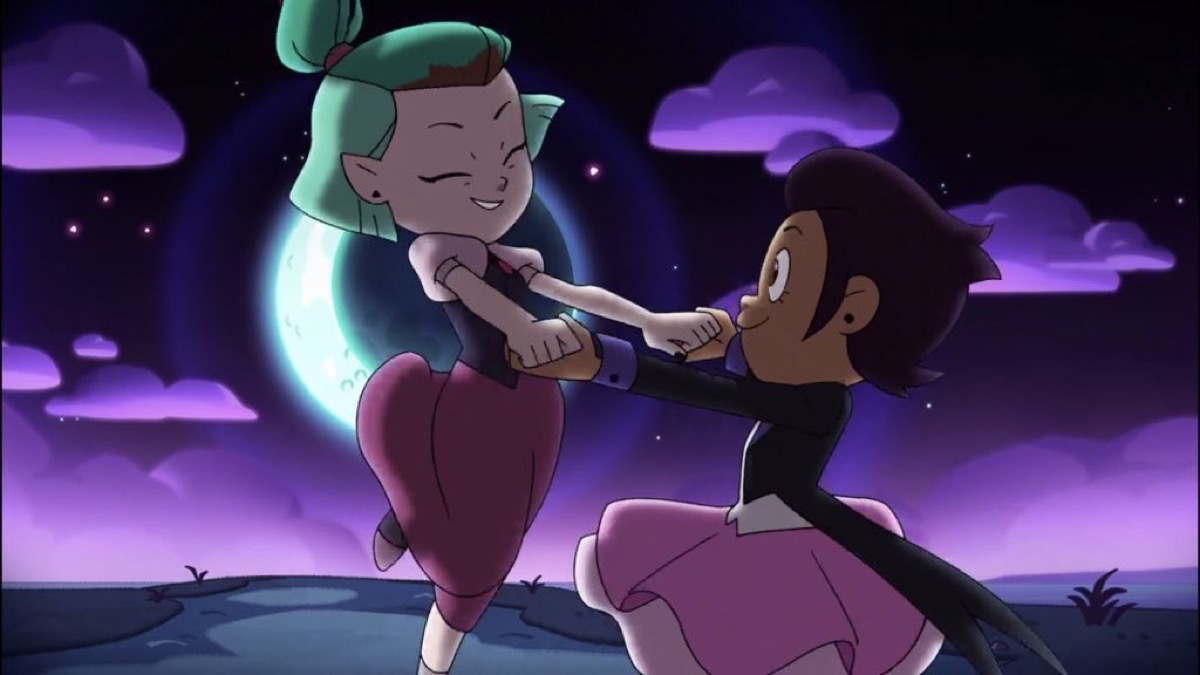 In the words of Bicon and Owl House creator Dana Terrace: “Be gay do witchcraft.”