An in-depth analysis of something shallow. 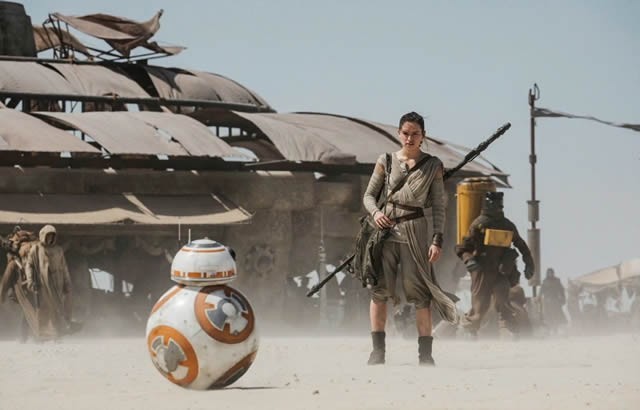 The Star Wars: The Force Awakens soundtrack titles have been released, and in grand nerd fashion, we’re going to parse them for any and all clues to the Episode VII story and plot—be they real, imaginary, or willful delusions. Let’s have at it!

The album is now up for preorder on Amazon, and while no major spoilers have popped up in any song titles or anything, here’s the full track listing (via GamesRadar) with our rampant speculation of the plot points they signify:

1. “Main Title and the Attack on the Jakku Village”

I don’t know, J.J. Abrams. I don’t think the Star Wars main title tune is particularly well suited to a brutal attack on a village. Weird choice. Maybe it just plays on a loop through the entire movie, because Abrams just can’t believe his own luck at directing a Star Wars movie. It’ll be the audio version of him sitting next to you through the entire film, poking you in the ribs, and gleefully whispering, “Remember that time I made a Star Wars movie?”

This is actually a musical number fully titled, “I Can Fly Anything You Can Fly Better,” and it’s a duet between Rey and Han where she shows him up at piloting the Falcon. It’s a shoo-in for Best Original Song this year.

This is the one you won’t even remember hearing, because you’ll be too focused on BB-8’s adorable beeps and boops.

… “If You Want to Live.” This is probably the one where Rey sticks her hand out to Finn, and it’s just a few quick bars of the Terminator theme that play for that one shot. It would be called “Come With Me,” but they had copyright infringement concerns.

Guess I was wrong about the scavenger thing, huh?

You might think this is for the Millennium Falcon, but it’s actually when Jon Hamm’s character from the Wet Hot American Summer Netflix series shows up.

Again, you’d be tempted to believe this is about Rey, but it’s actually about the manager of a Space Starbucks that Rey frequents and her masterful management of the store’s staff.

Finn joins Matt Murdock in confession. He converts to Catholicism, which becomes way more awesome once he helps them integrate the Force into their teachings.

This tune plays while Maz Kanata just repeats the word “eyes” for about five minutes as the audience rolls theirs.

But he got the time wrong and accidentally showed up too early, and then he had to help set up for the battle, or he’d just be rude and in the way. This scene is super boring.

Liam Neeson makes a guest appearance for a future Taken crossover once Disney owns that franchise, too.

Right after “February of the Resistance.” At this point, The Force Awakens gets really bogged down in following the Resistence’s every boring move in hiding for a few months—kind of like Harry Potter and the Deathly Hallows.

Jar Jar’s big scene—er, I mean. Forget you read that. I was sworn to secrecy.

A Star Wars/Inside Out scene takes place for cross-merchadising that even George Lucas would be impressed by.

The Force is actually all tied up in red tape at this point, and Luke has to ask its Ways and Means committee if he can use some to save the galaxy. They give him a stack of forms to fill out. He’ll receive an answer in 6-8 weeks.

Jedi ghosts bid farewell to their friends, then yell, “Psych!” and trip them as they turn to walk away. It’s the ’90s in the Star Wars galaxy.

Some kind of celebration scene for the Resistance’s victory takes place on the steps of a new Jedi temple. Luke is proud as digital Hayden Christensen looks on smugly. 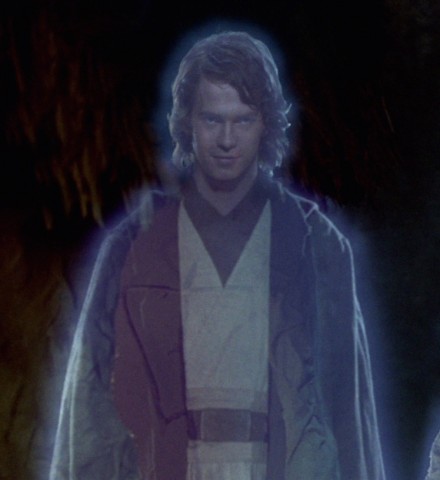 That concludes our expert analysis of what these song titles mean. I’m sorry for ruining The Force Awakens for you. You might as well just skip it now.

(via GamesRadar, featured image via Disney)