Between Gabaldon and Starz, Droughtlander is over (temporarily). 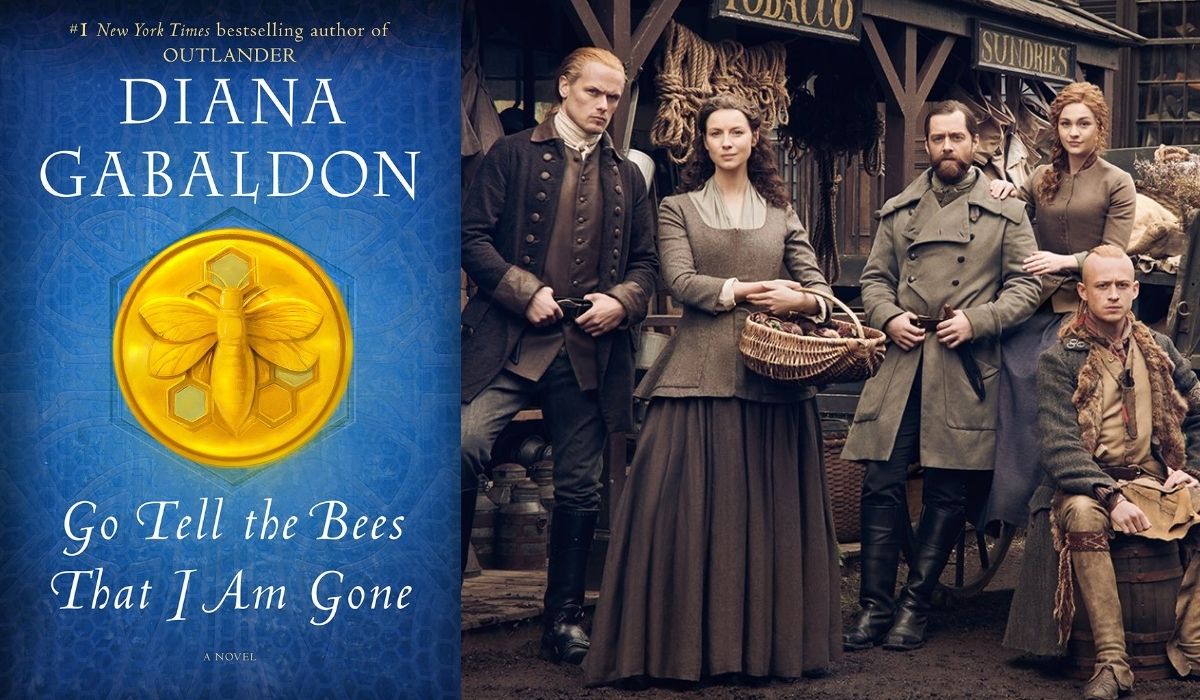 In a book launch party for the ninth book in the Outlander series by Diana Gabaldon, Go Tell the Bees That I Am Gone, the author and Starz announced that season six of the TV series is coming on March 6, too! This news means droughtlander (the time Outlander fans twiddle their thumbs and wait for a new book or season) is over through at least mid-2022.

Well?? #Outlander, if that is what you’re referring to. Let’s hope so. https://t.co/DPcCDY9TvG

Spoilers for Outlander books and seasons 1–5.

After the traumatic (this feels like an understatement almost) events of season five’s final two episodes, Claire (played by Caitríona Balfe) and Jamie (Sam Heughan) are reunited once more. The first promotional image shows the prominent four cast members present and one of my favorite characters Young Ian Murray (John Bell). The season is set to follow the sixth book (A Breath of Snow and Ashes) and will continue to build-up to the American war for independence.

Go Tell The Bees That I Am Gone

There is not much I can say about this book, considering it is the 9th book in the series, except that it continues where the previous book, Written in My Own Heart’s Blood, left off. Clocking in at a whopping 928 pages, it may take some until March 6 to get through it. Between contributing to anthologies like the novella The Space Between and a short about Rodger’s parents, Gabaldon has been much busier in the seven-year gap (up from five) between the major novels. 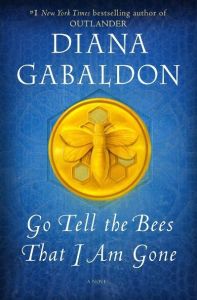 Gabaldon told Entertainment Weekly her involvement with the show is very time-consuming, and she’s also welcomed two grandchildren in the world. With the show, she describes it like a full-time job, working basically five days a week for nine months at a time, per season (and there have been five seasons since working on the last book). She seems delighted about both endeavors, but also, it sounds absolutely exhausting.

In that same interview, Gabaldon said she knows how the next book (book 10) will end down to the scene and is trying to figure out how to get there. While many don’t know it based on her books and false assumptions about what Latinidad looks like (and writes about), Gabaldon is an author of English and Latinx heritage and is making a killing both in the wide success of her novels and the Starz series. While the books/show have their issues (notably with rape and Indigenous representation), we love to see her succeed in this genre-blending science fiction, historical fiction, and romance.