When Will Outlander Be Held Accountable for Its Overuse of Rape? 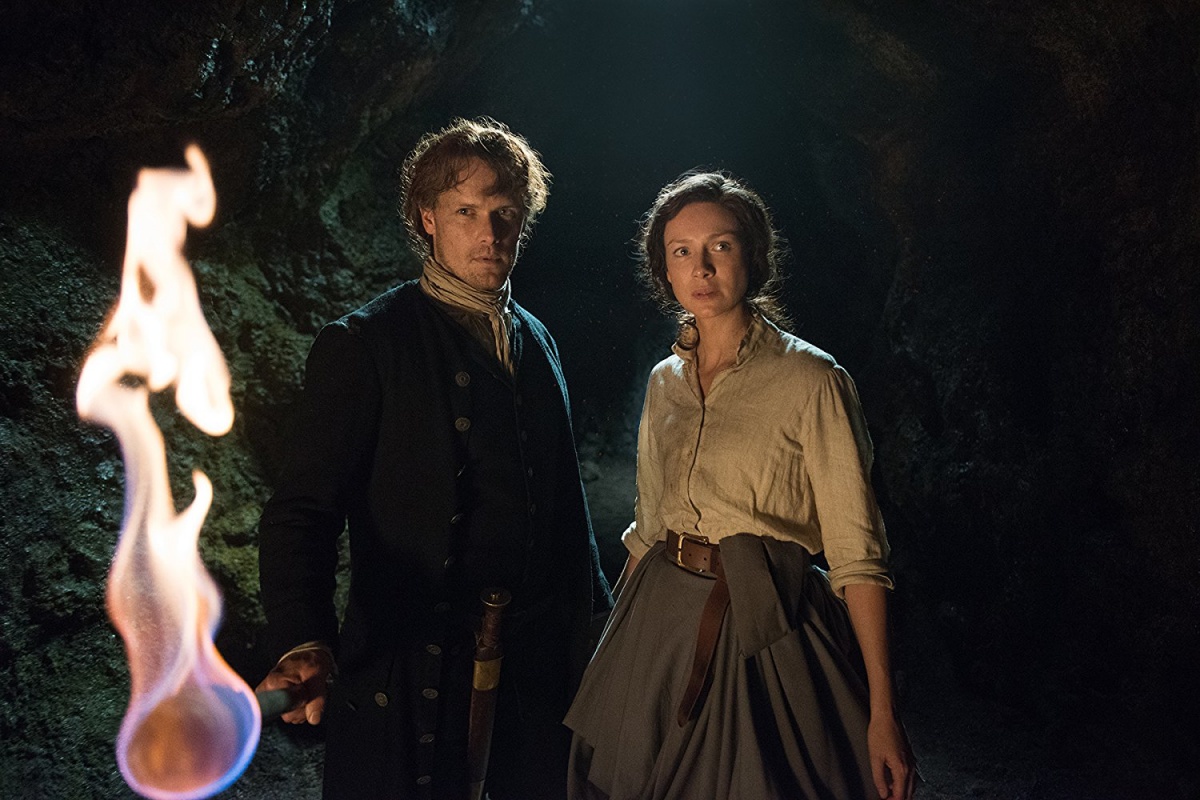 **Spoilers from the season 5 finale of Outlander.**

On the season five finale of Starz’s Outlander, the lead heroine, Claire, is gang-raped and tortured by a group of men because of her medical knowledge, which allows their wives’ sexual autonomy and denies them sex.

In the show’s first season, the male lead, Jamie, was raped. In the second season, Claire was forced to have sex with Louis XIV in order to help her husband, and their nephew and another female character were both raped in season 2. Later, Jamie was coerced to have sex with another woman, and in just the last season, their daughter was raped. That is astounding, and while there is always someone talking about the “brutality” of it, the series has long been allowed to get away with it because the show attempts to make it seem as though having a character assaulted at least once a season makes for more accurate historical drama.

A piece from EW titled “We need to talk about rape on Outlander” quotes a previous interview with executive producer Maril Davis on the subject:

There is a lot of rape in Diana’s books. Obviously we’ve seen some of it and every time we try to figure out what is best for the story. We certainly want to be sensitive to the character who is going through this situation.

Since the season one scene where Jamie spanked Claire as “punishment” for putting people in danger, the show has leaned into this idea that this was normalized because of the time period it takes place in.

As EP/showrunner Matthew B. Roberts put it, “When a modern audience views Outlander through a modern lens, then yes, you can have problems with it. But if you actually place yourself in the period… and we’re not saying that rape was okay in that period either… but how the characters view it is how we’re showing it. We’re not showing it how we view it, and that makes a difference.”

This is a lazy excuse.

It is an excuse because this book series started in the early ’90s. It is not a historical document. The central conceit of the series is that a woman can time travel through stones! Women—cis, trans, femme presenting enby people—already know they live with the threat of sexual assault.

Domestic violence is a reality that is under-reported and under-remedied, and that’s in 2020. How is it informative of a time period to have Jamie beat his wife under peer pressure under his friends and then promise he’ll never do it again. How is it either (a) accurate or (b) a good trait? Do you know what he could have done instead of beat Claire? Pretend to do it, and then they could just talk about it.

But you know … I guess having a kind, thoughtful husband in ye olden days is too ~unrealistic.~

I feel like, when it comes to discussing Outlander, I am often beating a dead horse. Despite the multiple problematic things about the show, it has remained a darling in many feminist circles because it does have admittedly interesting things to say about gender … if it’s about Claire and people Clarie views as worth her time. The sex scenes between Claire and Jamie and well shot and loving, but that seems to make people unable to address the fact that Outlander, the books and the show, have used rape as a plot device since the beginning, and it’s exhausting.

Especially because, as Claire says in the episode, she’s been through so much already—in two time periods! World War II, Civil Rights, the beginning of the American Revolution, and the Battle of Culloden? Not even to mention all the emotional trauma of her miscarriages and losing her husband(s). Is it too much to ask that she not be gang-raped?

In an interview with The New York Times, Caitriona Balfe, Diana Gabaldon, and Matthew B. Roberts all discuss the episode and the scene. The entire thing is just very … telling, but a few things that stand out are …

Diana Gabaldon saying that the point of the rape(s) is to show the “resilience of the human spirit,” so we can see people get better after, as she puts it:

But I had a point, and it has a lot to do with the resilience of the human spirit. We’re not treating rape as just a destructive thing that ruins a person’s whole life.

Roberts also says that he feels that not including certain graphic rape scenes would have been diminishing:

All right, let’s not show Jamie’s rape, let’s just have him say, ‘I was raped.’ To me, the impact would have been massively diminished. We have to go: ‘This is Jamie being raped. This is Roger being beaten.’

Strong disagree, but alright. Then, Gabaldon has the strangest addition, when she says the scene in the show was more violent than in the books because, “Claire is only penetrated by one man in the book, who is not violent about it.”

What I thought was moving, however, was Gabaldon talking about the feedback she has gotten from survivors:

A couple of years ago, I asked people who have been victims of sexual violence what they think about how these incidents are handled. I put a note on my Facebook page, and within 24 hours, I got back an immense outpouring from people. And all of them said things like: ‘Your story gave me hope that I could heal, that I could overcome this. It made me feel better.’

I want to make clear that I totally expect there to be survivors who see themselves in Outlander, and I’m not trying to shame people who love Outlander. It just seems ridiculous to me that we have called out Game of Thrones for doing this, but Outlander is doing the same thing for similar “historically accurate brutality” reasons.

Something can speak to your experience and touch you, but I think it’s still important to discuss how this happens. I remember during New York Comic Con 2018, when someone brought up rape and politics, and its depictions on the show, and the audience reacted horribly. A woman behind me screamed, “The show is not political! That’s not what it’s about!”

It was really telling.

There are too many good, thoughtful historical romances for Outlander to act as if it is being held to this narrative simply because it’s “historically accurate.” We know that rape is common, but we are still very critical of the overuse of rape in fiction because it often comes more from a place of moralistic melodrama and shorthand stakes than actually about the psychological realities of that event.

Outlander is brilliantly acted, beautifully designed, and has an interesting cast of characters. I don’t deny it any of that. However, it has leaned into rape so often, and for the weakest of reasons. It’s gross, and we wouldn’t allow it on any other show—so why do we keep letting it go?