Outerra Engine Makes The Entire Earth Into An Open-World Game, Has A Free Tech Demo 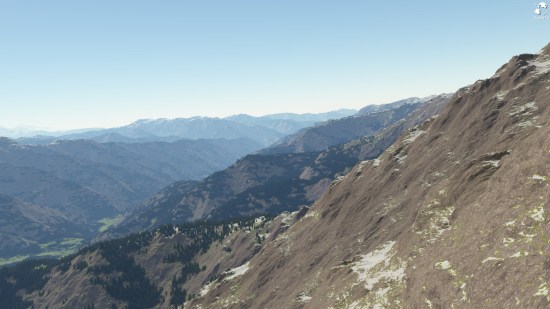 You’ve played games like Fallout 3 or Oblivion where you can traverse a huge, predesigned world, and Minecraft, where you can traverse an infinite number of procedurally generated ones, but wouldn’t it be cool if there was an open world game of Earth? Like, all of it? You can probably see where I’m going with this; there is an engine that can do exactly that, it’s called Outerra, and it has a free tech demo that you can download right now.

Outerra is a 3D rendering engine with the capability of creating truly massive worlds in a complete form. By complete form, I mean you aren’t going to be running into any insurmountable waist-high fences. Instead of arbitrarily constraining a game world, or letting it sprawl outwards until it reaches its technical limits, Outerra creates entire planets using a combination of procedural algorithms and real data. For instance, by using real-life elevation data and procedural algorithms, Outerra can create a complete, in-engine replica of Earth. Yeah.

Outerra has been around for a few years, but it’s only now seeing its first release in the form of a tech demo that doubles as the alpha release of the upcoming game Anteworld. As you might expect, the tech demo doesn’t have that many features, but it does allow “players” to explore the entire world either as a flying camera or by driving around an 18-wheeler. Similar to the Minecraft business model, interested players can pick up the Anteworld beta for $15, which will give them immediate access to all of Anteworld’s upcoming builds for half of the game’s anticipated $30 release price.

What exactly this alpha entails at the moment is a little unclear. The website states:

The full game includes also a plane and a helicopter, and basic sandbox tools that allow you to create roads and runways and place stock objects. A model importer and vehicle configurator that will allow creating custom models and vehicles will be coming soon in an update to the game.

But the way that’s phrased makes it a little unclear if these are upcoming features that have yet to be designed, or elements of the $15 Anteworld alpha that just aren’t in the tech demo. I couldn’t tell you because my laptop can’t run it.  The minimum requirements include an Nvidia 8800GT or better, or an ATI 4850 or better, 512MB GPU memory, and a 2-core CPU, so all of you who have an integrated graphics card on your laptop, like me, are out of luck. Then again, you’re probably used to it.

This all seems really cool. After all, it’s the Earth, and I’m sure you want to go and see how it’s procedurally generated your own backyard as much as I do, but other than that, what are you really going to do with this game? Granted, the placing of stock objects sounds pretty cool, but that’s no more of a game than some kind of 3D art program. Likewise, helicopters, cars, and airplanes seem neat, but if their only a means for transportation, it’s little more than adding arbitrary constraints on the free-roam camera. It’s unclear how the actual game mechanics are going to be implemented, but that’s a ways off anyway.

Of course the question of gameplay just sort of fades away when you look at the footage. I mean, man. I might question whether or not Anteworld is a game — or will be a game in any of the more conventional senses of the word — but if nothing else, it looks like an absolutely stunning sibling to something like Google Earth. Granted, the accuracy isn’t there, but the granularity of the experience more than makes up for it. The tech demo out now only shows off northern type forests, and is said to lack many features of traditional engines, but it’s a tech demo, so what do you expect? Ultimately, Anteworld sounds like it’s endeavoring to have play along the lines of Minecraft, with building and exploration. Also, it has its own novella, so there’s that.

Whatever happens going forward, the Outerra engine looks like it has a lot of promise both in and of itself and as a proof-of-concept for partially procedural world design. Hopefully the team will be able to keep chugging along and adding more and more typical features and maybe some of the industry big boys will take an interest in developing with it, or borrowing some of the tech. The ability to generate complete planet-sized worlds is definitely exciting, even if my laptop refuses to boot up the engines that pull it off.