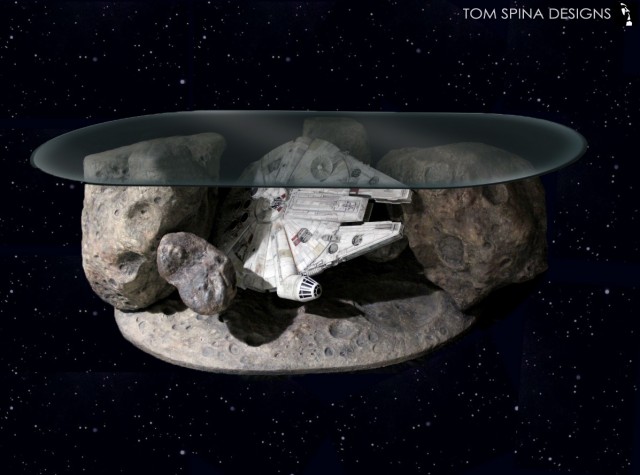 Your toes will make .5 past lightspeed towards some ice when you stub them against the asteroid setting for this custom Millennium Falcon coffee table from Richard Riley of Tom Spina Designs. She’s one of a kind–the coffee table, not the Falcon, though she is too—and incredibly designed. Rather than place some glass over a scale model of the Falcon, which would have been so much simpler, they chose instead to recreate a dynamic scene in which the ship is bobbing and weaving through an asteroid field in Empire Strikes Back.

Personally, I’d have also hidden a mynock and maybe a giant ship-eating space worm in one of the nooks. But that’s just because I’m too much of a nerd, I guess.