Arthur says get a library card and also gay rights! 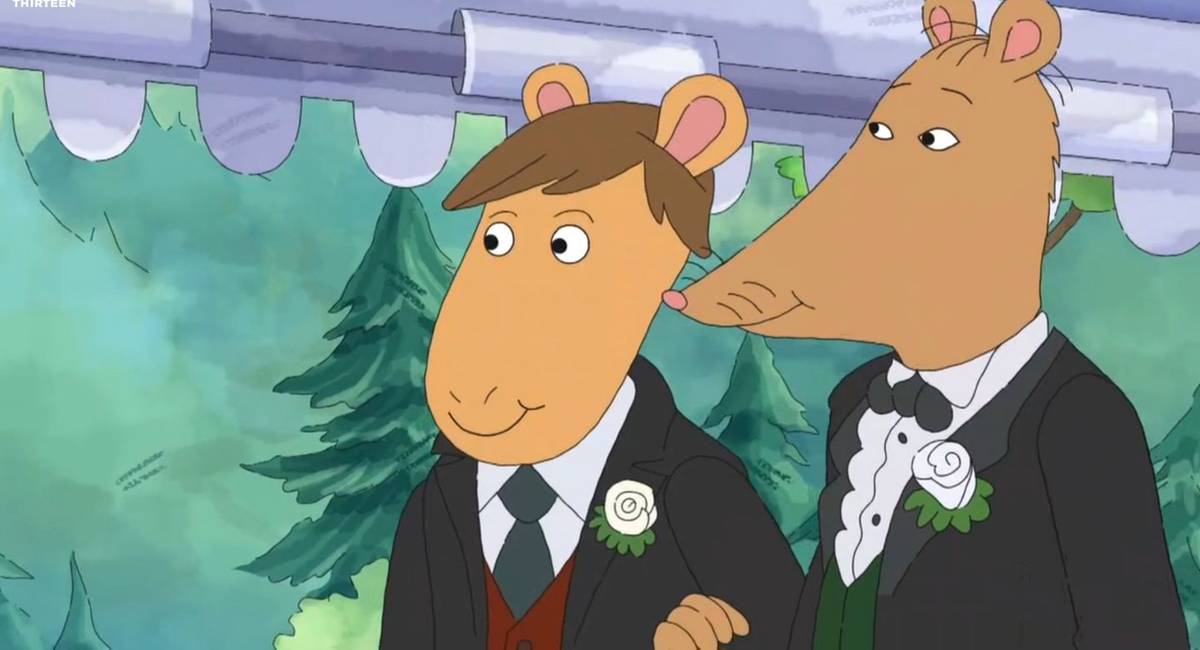 I cannot believe that the cartoon show Arthur, a show about a talking aardvark, has now done more for LGBT+ representation than the Marvel Cinematic Universe.

In an episode released today titled “Mr. Ratburn and the Special Someone,” Arthur and his pals are shocked to find out that their teacher Mr. Ratburn is engaged and getting married. They assume it’s to a woman they see him eating lunch with, who turns out to be his sister (she’s voiced by Jane Lynch). Instead, at the wedding, Mr. Ratburn is marrying a charming candymaker named Patrick.

Also, his sister is definitely coded as being a lesbian. Just saying.

animation twitter is losing it over the fact that arthur made mr ratburn gay but no one is talking about his clearly queer sister pic.twitter.com/WcJBdP70l7

One of the most important part of this, in my opinion, is that this is a character who’s been established as being central to the story for years. Mr. Ratburn is a beloved member of the Arthur ensemble. He’s not a one off character introduced for a Very Special Episode. He’s just a character people really like who happens to be gay.

Also important is the fact that the kids never once express shock or surprise at Mr. Ratburn marrying a man. No one has to learn that homophobia is bad, or expresses a moment where they’re like “gay?? but how???” The kids instantly accept Mr. Ratburn as being gay and are just happy he’s marrying someone who’s nice to him. The bigger mystery of the episode comes more from the kids being weirded out by their teacher having a life.

That’s really important representation. It presents Mr. Ratburn’s relationship as being just another normal part of life, and normalizing LGBT+ relationships is key to better inclusion. Not all LGBT+ narratives need to revolve around fear and homophobia. It’s nice to see a gay man come out and it’s just treated like “yeah he’s marrying the love of his life!” rather than “we have to stop the narrative to address homophobia in detail.”

This is not to say that narratives involving homophobia, particularly narratives in which the homophobes are called out and in the wrong, are not worthy. But a majority of queer narratives center in some way on dealing with homophobia. By presenting Mr. Ratburn and his husband as being the same as any heterosexual couple, the Arthur writers are sending a message to the kids watching that same-sex couples are just the same as heterosexual couples. The younger kids are when they learn that message, the less likely they are to continue a cycle of bigotry when they’re adults.

Shout out to a children’s cartoon for doing more than most major cinematic franchises. This is the future liberals truly want.