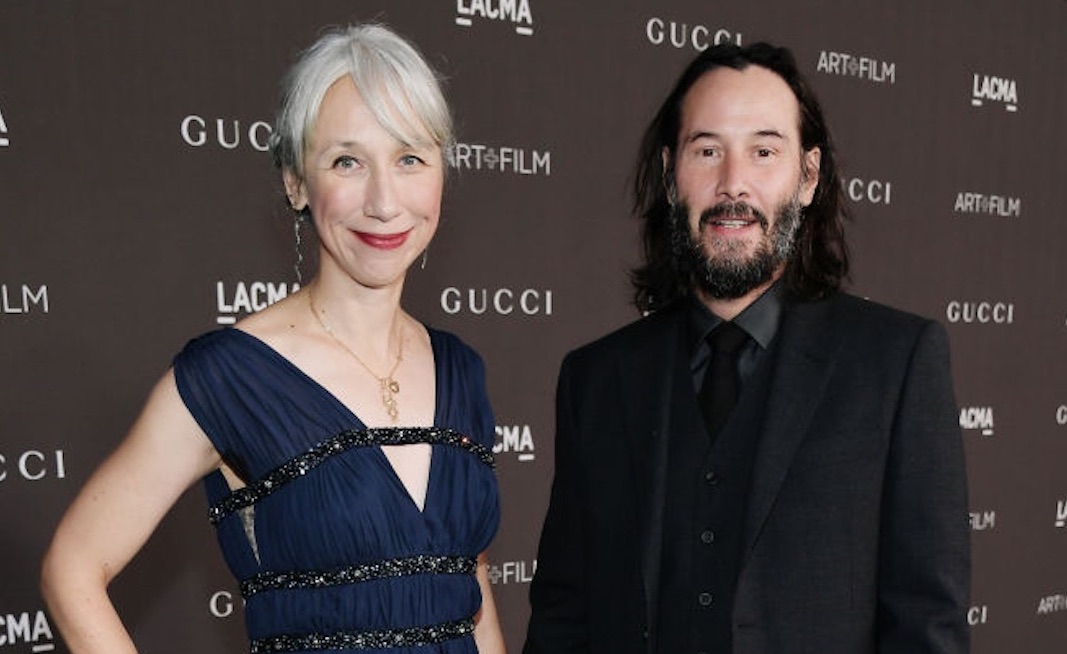 On Monday night, I got an alert from The Daily Mail that read “Keanu Reeves, 55, goes public with first ‘girlfriend’ in DECADES as he holds hands and shares loving looks with artist Alexandra Grant, 46, at event.” The Daily Mail is a poor news source, but it can be quick with celebrity gossip, and so I was about ten minutes ahead of a flurry of text messages in various group chats about the Keanu Has a Girlfriend and She’s Not 23 breaking news.

The revelation that a long-loved male star was dating the “age-appropriate” Alexandra Grant was such a surprising and delightful change of pace that it dominated social media chatter and was front-page tabloid news. I’ve not experienced a celebrity moment quite like it.

of course Keanu has an age-appropriate girlfriend. he is a Good Man https://t.co/Rnr3IdPzfG

This became a perfect storm of a social media situation because of several factors. One must first grasp Keanu Reeves’ position in pop culture and online. Reeves has been a ubiquitous staple of our cinematic experience for more than thirty years, a bonafide movie star in every sense of the term. Many of us grew up watching him and continue to enthusiastically do so. Couple this with massed reports of Reeves’ personal generosity and kindness to total strangers, and it was never difficult to count him as a perennial fave.

Then there’s the Internet taking hold of Reeves with memes about his roles and his youthful appearance, playfully deeming him an unaging immortal. We, the people, love Keanu Reeves, and by all accounts, Reeves loves people back.

I figured my first meme creation ought to be nothing less than an iconic moment in history.. #keanureeves pic.twitter.com/Y88WBBFsMd

Reeves has played his personal life (unfortunately marked by tragedy) close to the vest, and this is partially why it made headlines that he’d appeared hand-in-hand with a woman in public—the first time he’d done so, as the Daily Mail put it in all-caps, in DECADES. “He has never posed with a girlfriend on the red carpet in his entire 35-year career,” they write.

But as the Mail was also sure to highlight in its headline, what stood out further is that Reeves’ lady Grant is 46 years old. Unlike so many of his fellow male stars, and, well, many wealthy and/or powerful men across the board, Reeves isn’t dating someone half his age. That such an explosion of excitement erupted from this news shows just how commonplace its inverse is.

We’re all but immune to the ceaseless march of middle-aged or even elderly men with a 23-year-old on their arm. While we’ve begun to question its frequent representation in movies and television—startling age gaps between male and female love interests have been long present and seen as commonplace—less so do we see the reverse representation or a proliferation of older age-appropriate relationships in the same media. (To be clear, I’m not out to villify age-gap relationships when everyone is of legal age, but rather the frequency that they are shown to be men with much younger women as a matter of course, and the ageism this culturally imposes upon older women.)

The mere fact of Grant’s age and her celebrated “boldness” in daring to sport grey hair became the talking point because it’s so rare. We see a vaunted 55-year-old male movie star, thought to be unattached, take up with woman who’s not an ingenue, and that astonished the Internet collective. It is, how should I put it, extremely fucked up that this is not more normal—that this is considered exceptional.

Journalist Yashar Ali hits the nail on the head here:

Keanu Reeves is trending because he’s decided to date a woman, artist Alexandra Grant, who is within his age bracket.

It also says a lot about how women are treated that so many people are stunned that a woman over 40 wouldn’t dye her hair. pic.twitter.com/zHHo2GMzbx

Twitter still can’t get over how “refreshing” the sight of Reeves and Grant is. I can call out the sexism and ageism we’re steeped in that’s behind this, but I have to admit that I felt the same way: relieved and thrilled and proud to see it.

Keanu and his age-appropriate girlfriend look so cutely and refreshingly normalhttps://t.co/gL5dKnhpFc

Writer Alanna Bennett makes the excellent point that we’re so conditioned culturally to be happy that Grant is “age-appropriate” at her age we forget that nearly a decade still divides the couple. It may feel absolutely fabulous that they’re dating, but all of this should be food for thought.

I love Keanu and agree that who he’s dating is refreshing and age appropriate but lol that Hollywood’s conditioned us to see a 55yo man and a 46yo woman as the same age.

People are taking this as me saying something bad about Keanu and this woman, to which I must scream: PLEASE LEARN BASIC READING COMPREHENSION. They are cute and fine and are not even the subject of this tweet, our collective sexist ageism is!

Of course, another element here is that in the relentless churn of terrible, horrible world events and Presidents and a lot of negative celebrity actions and opinions emerging daily, this was a bright, positive spot of news to cling to. We’ll take any chance to celebrate these days that comes our way.

We remain happy about anything that makes Keanu Reeves happy, and the sight of them together remains the best news this week. Hopefully some Hollywood execs will note the flood of excited reactions to this love-match, and consider showing us more of the same onscreen. More of this in every conceivable place.