From Don't Peek to Sisters. 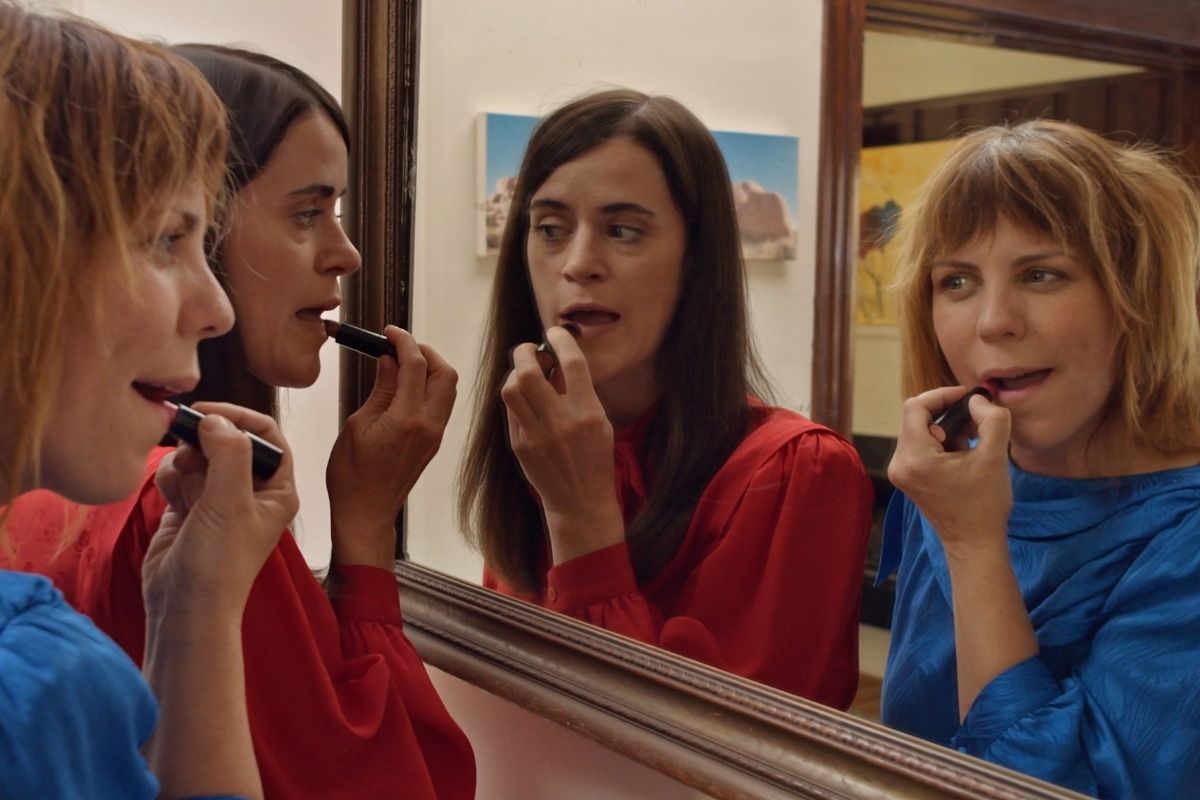 South by Southwest is known for its extraordinary film festival, chock-full of amazing feature films ready to wow viewers, but we can’t talk about SXSW as a whole without taking into consideration the film shorts that are premiering at the festival. From romantic stories that sneak up on you to family dramas steeped in pain and betrayal, there’s a little bit of something for everyone. And I wanted to share my 10 favorite SXSW films with you, including some that you can watch right now, as a means of spreading the word and getting more people excited for these short films.

Are You Still There? | Teaser from Sam Davis on Vimeo.

Synopsis: Safa’s been through a lot. Now her car battery’s dead in a strip mall parking lot. (North American Premiere)

Mini-Review: Are You Still There? is relatable in the fact that we’ve all had days where everything seems to just pile on. And it’s with kindness and patience that we are able to understand when someone else is having one of those days. The family aspect of it all grounds the short in love, humor, and pain.

Synopsis: While playing a video game, a young woman comes across a creepy character who wants to be let out.

Mini-Review: Looking for a reason to never play your Switch, or any other console, in the dark? Well, you’ve come to the right place with Don’t Peek. It uses its relatable nature to bring something other-worldly into ours. And it freaked out enough people that it’s actually being turned into a feature film by Timur Bekmambetov.

Synopsis: Hidden secrets cause tension when two estranged sisters are forced to confront each other while preparing for their ailing mother’s death. (World Premiere)

Mini-Review: Two sisters come to startling conclusions about their lives and decide to throw caution to the wind in Sisters. Their bond, with all the angst and joy that comes with it, feels real and like something that would happen between any siblings. And the sudden shift in their lives feels like the start of something bigger that I’d definitely watch.

Synopsis: Opera is a massive 8K-size animation installation project which portrays our society and history, which is filled with beauty and absurdity. Erick enables viewers to experience the range of in-depth emotions through this epic reflection on human life. (Texas Premiere)

Mini-Review: Opera is an animated study on a community. It takes you through their ups, downs, and the things that tear them apart. And honestly, it’s kind of stunning. Just imagine how long it had to take to piece together an entire society in the span of a short? Somehow they managed it, and I appreciate the way that even the smallest person had a role.

Synopsis: The Journey is the story of a father and daughter reunion. From Montreal’s airport, they will travel along a chaotic path, where their inability to find each other will unveil a complicated relationship and have them drift from their initial course. (World Premiere)

Mini-Review: The Journey might be the most intense film I’ve watched so far at SXSW. This movie was a master class in using silence to tell a story while leaving room between dialogue for interpretation. The revelation of why the daughter and father’s relationship is strained is raw and hard to watch because of how honest it feels.

Synopsis: Determined to save her wheelchair ramp from repossession, Daisy confronts the shady insurance agent who owes her money. (Texas Premiere)

Mini-Review: Wiggle Room left me feeling like there is a little bit of justice in the world. It might come to you in the most unexpected ways, but it’s there and ready for the taking. The way that Daisy gets her justice left me feeling like a touchdown was scored or any other equally momentous moment. It sneaks up on you, and I love it even more because of it.

Marvin’s Never Had Coffee Before from Andrew Carter on Vimeo.

7. Marvin’s Never Had Coffee Before

Synopsis: Marvin Wexler tries coffee for the first time and desperately tries to talk about it with anyone who will listen.

Mini-Review: Honestly, this might be the sweetest short film of the bunch. Yes, it’s a little awkward and the lead really really wants to fit in. But who hasn’t wanted that at some time or another? I know I have. The point being, be honest with yourself and you never know where things can take you, just like it took Marvin.

The Other Morgan_Trailer 1 from Alison Rich on Vimeo.

Synopsis: When a dopey young exterminator discovers there’s another version of her out in the world, she begins to question her life choices. (Texas Premiere)

Mini-Review: The Other Morgan is a story about appreciating your life in the face of finding out your dad has another family. It’s about understanding that you’re not living someone else’s life. You’re living your own. And no one can do it better than you. So why fight it? Why not work together and see if you can succeed together, as sisters.

Significant Other – Teaser from Quinn George on Vimeo.

Synopsis: A couple struggles to see eye to eye when a mysterious red orb appears in their new home. (Texas Premiere)

Mini-Review: Significant Other is probably the only short film that I watched again after it finished playing. It twisted me up and left me going, “Did I just see that right?” and “No, that can’t be.” Those are all good signs when it comes to any film and especially this one.

Mini-Review: Soak put a young girl in between a rock and a hard place. What we ended up having is a stunning and sometimes hard to watch piece of art that plays on the fear of being left behind and forgotten for something better. I would watch a whole series about this and then some because the writing was *chef’s kiss* and so was the overall construction, tone, and dialogue of the movie.