If your interoffice communication is getting a little dull, try the OTR Chrome extension. It's basically SnapChat for work. 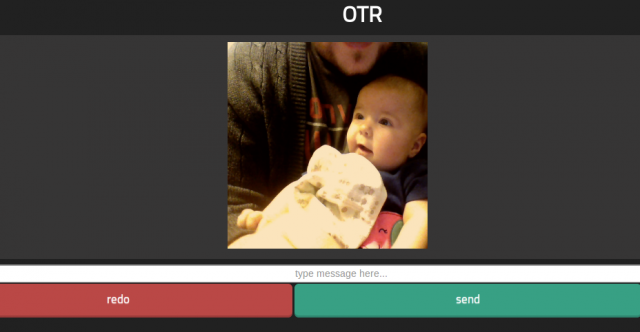 We’ve talked about SnapChat before. It’s a photo-sharing app that deletes the pictures you send after a few seconds, so people use it mostly for pictures of their genitals. That’s not very appropriate for business, so someone went ahead and made a SnapChat-like Chrome extension that lets you send pictures and messages to coworkers.

The extension is called OTR (for “Off The Record”) and it works by letting you add contacts and send them pictures or messages that delete after five seconds. Unlike SnapChat, which lets you set the self-destruct timer for a few different lengths, OTR is set firm at five seconds. Also unlike SnapChat, since this is meant to be used at work you probably shouldn’t use it to send your coworkers dick pics.

I happen to be working from home today, so to test OTR I’ve been sending the other Geekosystem editors pictures of my daughter. It’s simple enough to add contacts via email, and sending messages is pretty straightforward. The idea behind OTR being a browser extension is that if people are using it at work they’re more likely to be using their computer than their phone. At the moment it’s only available for Chrome, but Firefox and Internet Explorer versions are on the way.

Of course it still has the same flaws of SnapChat. It gives the false sense of security knowing that a message will be deleted, but it’s real easy to simply grab a screenshot of a message when it’s open. See: 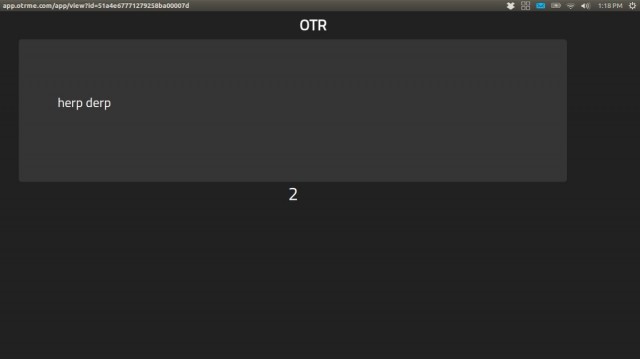 The promo video for OTR shows coworkers chatting and revealing the deep dark secret that one of them faked being sick. Scandalous:

We communicate in the office primarily over chat services, because speaking out loud is for savages. I don’t really see the benefit of having those messages delete themselves after five seconds, but maybe some people do. If you’re one of them, you can grab the OTR extension over in the Chrome Web Store.