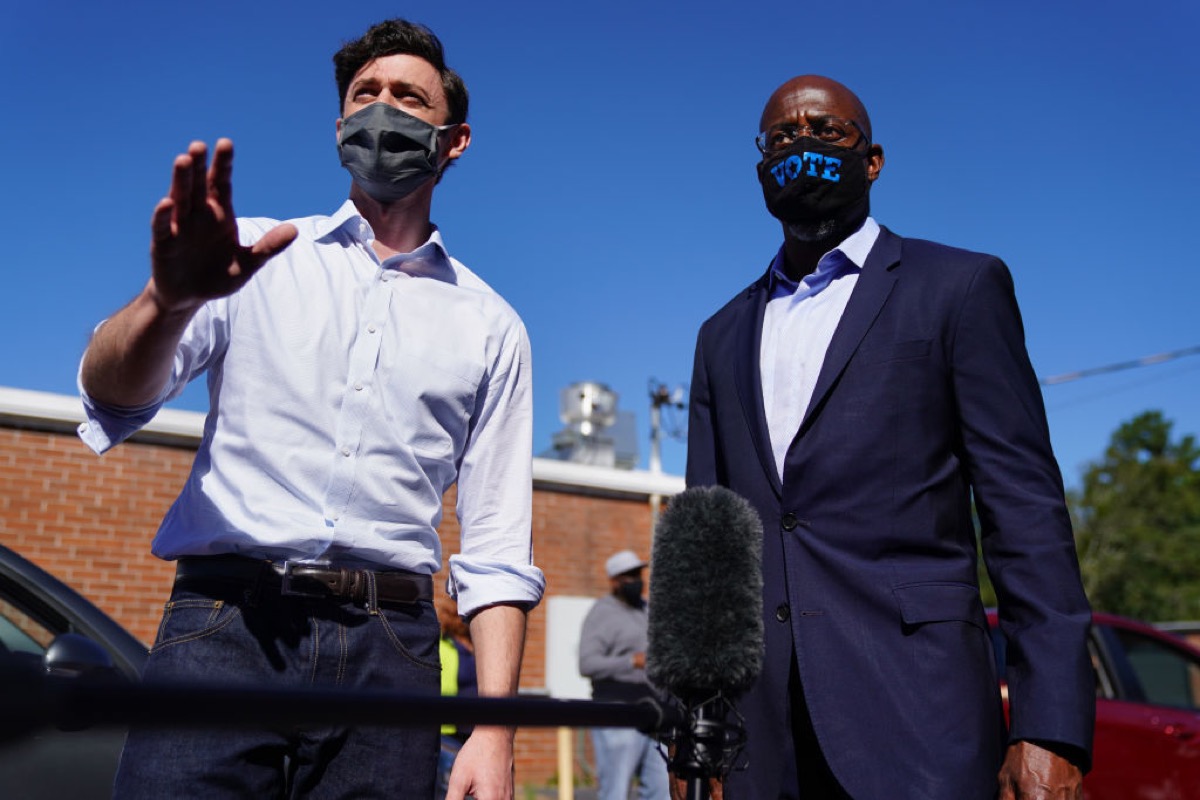 Just one day before white supremacists stormed the U.S. Capitol last week, the state of Georgia elected its first Jewish Senator, Jon Ossoff, and the first Black Democratic Senator from the South, Rev. Raphael Warnock, both pro-choice defenders of abortion rights. Their victory offers a glimpse of the very future that Trump-supporting rioters at the Capitol desperately tried to pull us back from.

By giving Democrats a Senate Majority, Ossoff and Warnock will make meaningful progressive reforms a real possibility as the incoming Biden-Harris administration takes office next week. Their election as their state’s first pro-choice Senators in years also offers a powerful reminder of what’s possible everywhere in this country, if we refuse to compromise on the human rights of women and pregnant people.

By winning their elections while unapologetically supporting reproductive rights, Ossoff, the husband of an OB-GYN, and Warnock, a pastor who formerly served as a sexual health educator, Georgia’s Senators-elect make it clear that we don’t need compromise on abortion rights and other “controversial” policies to win tough elections—we need voter turnout and organizing. And if they could win in a state that, less than two years ago, nearly banned all abortions, they demonstrate that leaders who support reproductive rights can win anywhere.

Ossoff and Warnock’s victory in the deep South shows us abortion isn’t controversial, and states that ban care often rely on gerrymandered state legislatures and voter suppression, rather than real public support for such extreme legislation. The flipping of Georgia’s Senate delegation also sends a powerful message that we don’t need a “big tent” or anti-abortion Democrats in some regions, as leading Democrats, from Nancy Pelosi and Amy Klobuchar to Bernie Sanders, have suggested at different points—especially when challenges to abortion rights disproportionately harm women of color, who are a key Democratic constituency, as we’ve seen in Georgia and across the country.

The Democratic Party owes women of color voters, and especially Black women voters, everything, from the presidency to the new Senate majority. The last thing the party should do is support politicians that would deny them bodily autonomy and economic security by restricting abortion access.

Instead, we need political leaders who communicate honestly and unapologetically on reproductive rights, and are willing to organize like hell for their values. That means actually saying the word “abortion,” for one thing. It also means proactively supporting policies that protect and expand access to care, rather than passively wearing the pro-choice label, and (falsely) insisting no one “wants” an abortion.

Women, pregnant people, and people of color, who are disproportionately harmed by restrictions that block care and rhetoric that stigmatizes and shame reproductive and sexual health care, aren’t bargaining chips whose most fundamental rights could supposedly be traded in exchange for a few votes in a more conservative district. If Democrats want to win seats, they should follow the model we’ve witnessed in Georgia—fighting and rooting out voter suppression, expanding the electorate, mobilizing young people and people of color, and running on policies that will meaningfully improve voters’ lives. And that includes not just fair wages and health care, but also, certainly, expanding the availability of reproductive health care.

Contrary to the oft-repeated argument that reproductive rights comprise a divisive “social” issue, or a distracting extension of “identity politics,” and that Democratic candidates should instead focus on more serious economic issues, they’re inseparable from the broader struggle for economic justice. The ability to plan your life and your family is fundamentally an economic issue—especially in light of research that shows being unable to afford abortion care not only increases someone’s risk of facing domestic violence and mental health struggles, but also poverty.

This election cycle, Democratic victories in Georgia shocked the nation, and as Republican politicians veer closer and closer to extremism, and increasingly rely on abortion bans as a desperate attempt to unify its misogynist base, wins for reproductive rights in Georgia can’t be the last. And we won’t win elections by trading the human rights of women and people of color. Like we saw in Georgia, we’ll win by out-organizing and standing firm in support for the reproductive rights of women and pregnant people.