Which Is a Worse Job: Donald Trump’s Chief of Staff or Oscars Host? 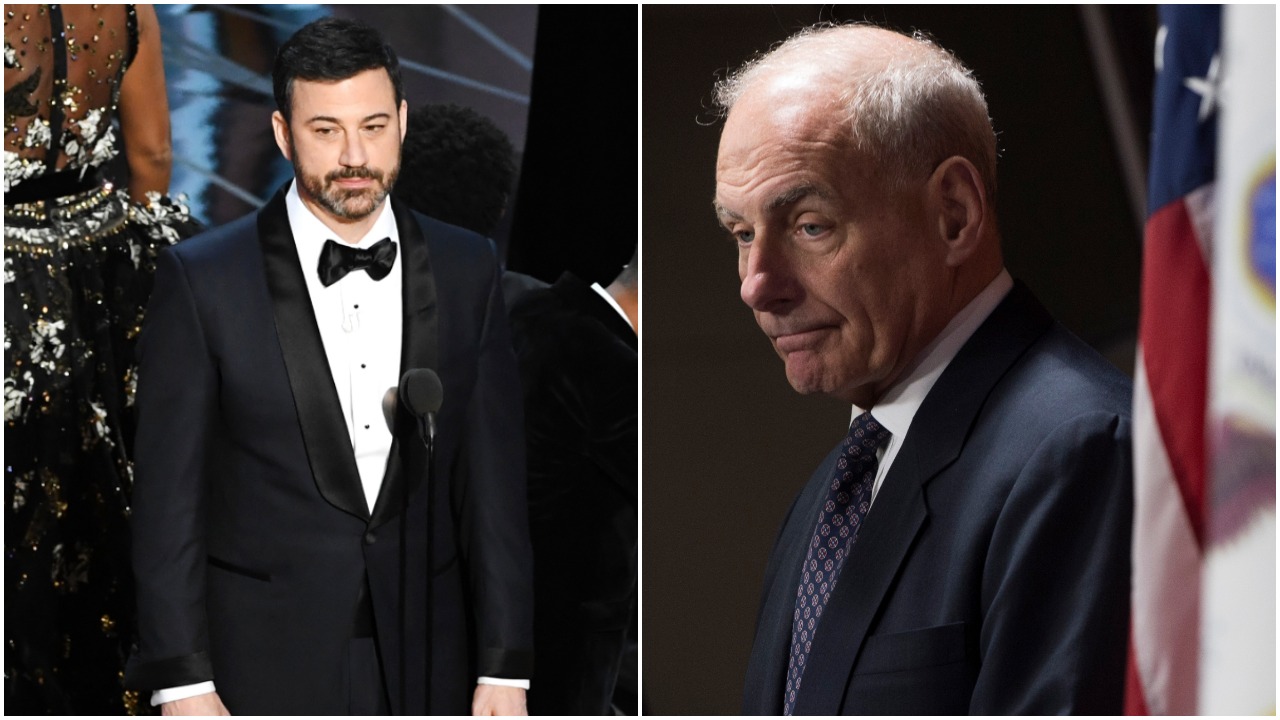 This past weekend saw the departure of two public figures from prominent positions: John Kelly was fired from his role as Donald Trump’s Chief of Staff and Kevin Hart stepped down as host of the 2019 Academy Awards.

Both of those positions are difficult and thankless under the best circumstances. But right now, both Trump and the Academy are reportedly having trouble finding anyone who wants to take these jobs. Variety reports that the Academy is considering going host-less and that they’re “gun shy about going with someone anyone who might be too edgy.”

(Considering Jimmy Kimmel hosted the last two years in a row, I’m not sure what standard of edginess they’re going with.)

As for Trump, he offered the job to Mike Pence’s Chief of Staff Nick Ayers, who turned him down. Still, Trump says it’s fake news that he’s having trouble filling the role. In fact, there are more than ten whole people who are interested. Take that, The Media!

Fake News has it purposely wrong. Many, over ten, are vying for and wanting the White House Chief of Staff position. Why wouldn’t someone want one of the truly great and meaningful jobs in Washington. Please report news correctly. Thank you!

Ten whole people, wowzers. Still, it sure seems like if either of these is a job you’re interested in, now might be the time to apply, while the competition is in possibly barely double digits.

But the question does remain: Why would you be interested? And if you had to pick one of these jobs, which would be the least horrible? Let’s examine.

We all know that even the most charismatic performer is likely to come across as a total dud when serving as Oscars host. The show is way too long, the jokes are supposed to be squeaky clean, and they don’t serve booze. Expect a few million tweets telling you what a terrible job you’re doing.

As a member of Trump’s cabinet, you’re going to have a lot of people weighing in on your job performance, but the worst mockery is likely to come from inside the (White) house. To be fair, Trump’s tweets about his last two former Chiefs of Staff have been pretty tame and respectful. He leaves that to other people in his staff, like when Anthony Scaramucci called Reince Priebus a “f**king Sith Lord,” among other things.

Imagine the stage fright that has to come from performing in front of millions of viewers, and hundreds of your celebrity idols. You’re performing in front of Oprah. And, as we’ve established, you have to be pretty sure that you’re not doing a great job while you’re up there. Plus, a lot of potential hosts are now living with the stress of wondering if they have bigoted tweets out there that they’ve forgotten about.

Still, that can’t compare to the stress of living under Trump’s thumb. John Kelly reportedly called the White House a “miserable place to work,” despised Jared and Ivanka, and by the last few months of his WH tenure, he and Trump weren’t even speaking. He clearly hated working under Trump so much, he became a meme.

Jimmy Kimmel apparently only got $15,000 for his Oscars gig in 2017. That may sound like a lot to most of us for essentially one night of work (not counting all the preparation), but by Hollywood standards, it’s basically pennies.

John Kelly reportedly makes about $179,000 a year, which is certainly decent, but if you’re going to sell your soul to this extent, you may as well go into lobbying or something that’ll make you Scrooge McDuck levels of cash.

Neither of these jobs has a track record of giving careers much of a boost. They both go to people at the tops of their fields, so where is there to go after this? Rahm Emanuel (CoS under Obama) became Chicago’s mayor. Jimmy Kimmel … went back to his regular late-night gig. At least if you’re hosting the Oscars, you get to wear something fancy and hang out with movie stars.

All in all, both jobs seem like punishment at this point.