I'm not crying about it already, you are. 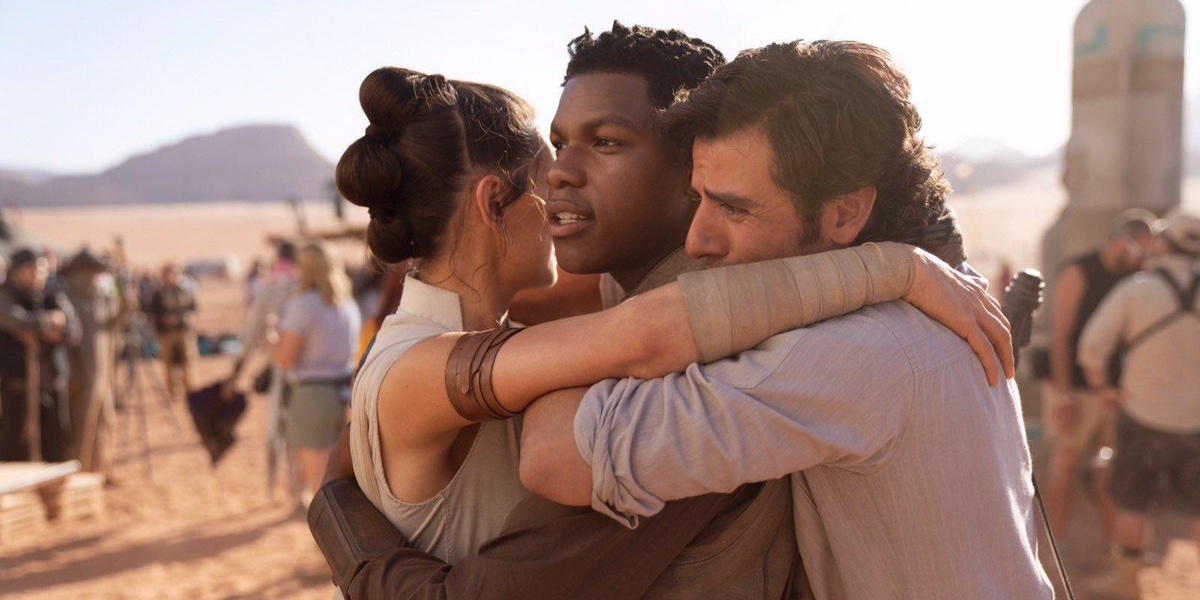 We know next to nothing about Star Wars: Episode IX, except that some cast members will be returning and that it is a film being released by Lucasfilm. A press release called it the end of the Skywalker Saga, and it seems as though that’s the party line. However you feel about it, this will bring an end to Skywalker-centric Star Wars trilogies, at least according to star Oscar Isaac.

Isaac said of the top secret film on Today, “It is the end of the entire Skywalker saga. Nine stories. This is the culmination of the entire thing. What J.J. has done, and the entire Lucasfilm team, is incredibly fulfilling. It’s also special for us because you get to learn a lot more things about these characters.”

This isn’t the first time that someone has said that the saga was ending. Much of the marketing for Revenge of the Sith was also built around it being the end of the Skywalker Saga, but that was pre-Disney. Now, with the Mouse planning out the future of Star Wars to a T, it might actually be the end.

It should go without saying that Episode IX being the end of the Skywalker Saga was probably in motion long before the “backlash” against The Last Jedi came around. This isn’t a response to the fandom, but probably Lucasfilm wanting to go beyond the Skywalker name. Rogue One‘s success showed that people are interested in non-Skywalker stories, and this gives them more creative freedom.

This does not mean we’ll never see any Skywalker characters, or characters from the main trilogies, ever again. Poe has already appeared in Star Wars Resistance, and it’s likely that he’ll continue to appear throughout the animated show’s run. Rey, Finn, and Rose are also likely to appear at some point, once the show catches up with the movie timeline.

There are bound to be books that focus on the heroes of the sequel trilogy, as well as covering what happened to Kylo before the events of The Force Awakens. There is even potential for miniseries a la Marvel’s Disney+ series.

However, it’s unlikely that, beyond a possible Obi-Wan Kenobi series or a Solo-esque film about Leia (that’s pure speculation, mind you, not an actual rumor), we’ll see the Skywalkers or those around them as the stars of a trilogy again. At some point, we have to let that story come to an end, and tell different stories. Nothing will ever replace the original trilogy, the prequels, or even the sequels, but at some point, we have to move past the same familiar routine and try something new.

Rogue One worked because it told a familiar story with a few familiar cameos, but explored a new part of the galaxy that we hadn’t really heard about before, save for a sentence in the opening crawl of A New Hope. With at least two new film series announced, one from Rian Johnson and one from the creators of Game of Thrones, that’s plenty of new ground to cover. Disney+ will also open up new doors, as Lucasfilm can expand to telling multi-season stories.

It’s sad to think of the Skywalker Saga ending, but it might be for the best. I’d rather say goodbye and have a completed nine-film adventure that I can binge on rainy weekends than be paying for Episode XV as I tweet about how they’re dragging the story out for too long. Sometimes, it’s time to say goodbye, and I expect the marketing to hammer this point home and make me cry on a regular basis.

How do you think the Skywalker Saga will end?