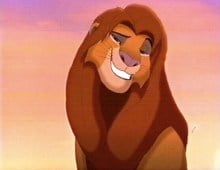 Apple’s next big operating system, OS X Lion, dropped yesterday for the low price of $30, but with that low price came a caveat: The operating system was only available digitally, something that is a little inconvenient for users who tend to reinstall their operating system on occasion. Luckily for those users, or really, any user that feels more comfortable with their operating system releasing in physical form, Apple revealed that Lion will release on a USB thumb drive, available through the Apple online store later this August. The physical release comes with a slight caveat — it will cost $69, over double what the digital download of Lion costs.

For users that’d prefer the cheaper digital version, but do not have access to a speedy Internet connection, Apple is offering said users the ability to download the operating system from Apple retail stores.