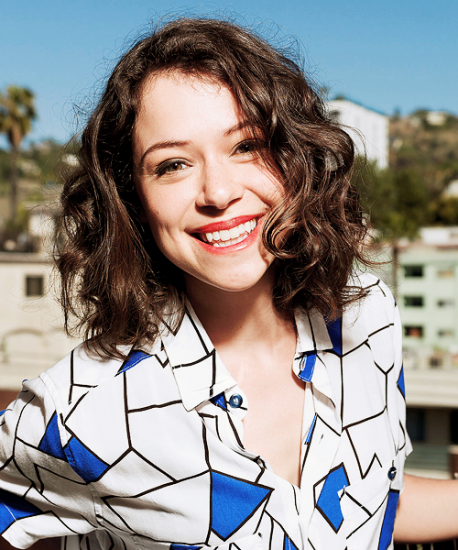 “I think there’s quite a few reasons but I think what it does is it sort of normalizes having a lead female. It’s just, the default. So often the male perspective is our default perspective in television in film and in all kinds of different media and I think what this show does is it just goes, ‘nope.’ Women can be all these different things. It’s played by the same actress but we have the potential for so many things and not defined by how we look necessarily because it’s just me…I don’t feel responsible, I feel proud of it. I don’t feel like it has to be “right” or all-encompassing. I think, Jordan, you’ve talked about that quite a bit with Felix too that we don’t have to represent every type of person out there but it’s just nice to have outsiders as the leads.” – Tatiana Maslany answering Cloneversation host Wil Wheaton after he brought up how much the BBC America series Orphan Black has resonated with women.

The Season 2 premiere is tomorrow night and we’ll be joining in on the fun! Keep an eye out!