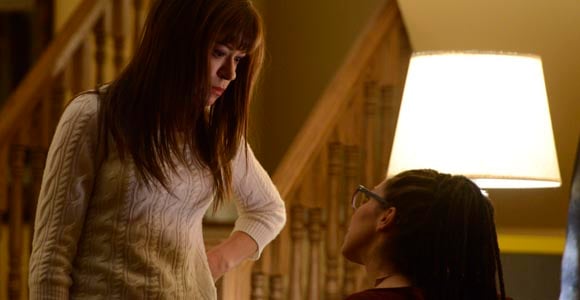 In case you were worried the mystery surrounding BBC America’s original series Orphan Black would never be solved, take a deep breathe – Orphan Black is getting a Season 2!

Not for nothing, I think Orphan Black is a fantastic show, but many new series never make it past the first season so I was beyond relieved to hear the show had been renewed. The series airs as part of BBC America’s Supernatural Saturday, after Doctor Who, and will keep that slot when it returns in 2014 according to the press release sent out by BBCA.

Orphan Black stars Tatiana Maslany as Sarah, a young woman who witnesses the suicide of someone who looks just like her who we eventually learn is a clone. The mystery deepens after Sarah steels the woman’s identity and other clones start to emerge. They let Sarah in on the looming mystery they’re still working out which also happens to include someone trying to murder them all. Maslany impressively plays each role.

Perry Simon, General Manager, Channels, BBC Worldwide America said: “Tatiana Maslany has delivered one of the year’s standout performances. We’re excited to commission a second season from the talented team of Graeme, John and Temple Street Productions, and we can’t wait to see who Tatiana shows up as in season two.”

We interviewed Maslany back in March on the already vocal support from fans prior to the series premiere. “It’s such an incredible fan world, the sci-fi world,” she told us. “It’s such an incredibly passionate fan base. And they’re excited. They’re so excited about new things and they’re so excited about intriguing new worlds and new things they can sink their teeth into.”

David Fortier and Ivan Schneeberg, executive producers of Orphan Black said in a statement, “A huge thanks to the fans for their steadfast support of the show. We’re looking forward to giving every one of them more Orphan Black.”

Orphan Black will air its season finale June 1 on BBC America and return with ten new episodes next year.