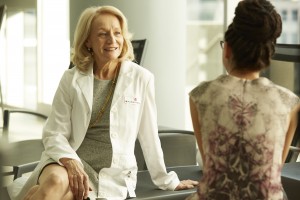 This week’s Orphan Black was an amazing chase through BrightBorn Group that finally brought Cosima out of the lab and into the action! Um, though she probably wishes she’d just stayed in the lab. Family tensions spike between Sarah and Felix, and the return of Crystal throws a huge wrench into the Project Leda works. Welcome to Episode 5 of the season, “Human Raw Material.” 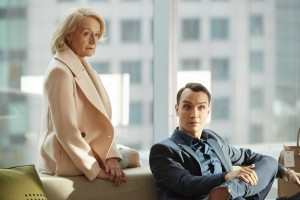 The episode opens on Crystal at the gym. Remember that blonde beautician Leda clone who’s still naive but sort of suspects something’s going on? And, uh, remember how she was kidnapped by “twins” Rudy and Seth only to be liberated from Dyad by Delphine? Yeah, well she remembers, and she’s not letting anything like that happen to her again. Not only is she doing physical training and learning self-defense, but she’s made her way to BrightBorn, where she’s taken it upon herself to pose as a prospective new parent to do some investigating.

So have the other Leda clones. After Donnie, Felix, and Alison found out about BrightBorn last week, Alison wants Donnie and Sarah to go to a BrightBorn orientation session as prospective father and surrogate to do “what Sarah does,” ie: investigate and look sullen. Sarah, however, is trying to have a fun day with Kira, so Cosima steps up to the plate and she and Donnie go to the orientation. Things are complicated, however, not only by Crystal being there, but by founder of BrightBorn Evie Cho (who’s also a high-level Neolutionist and knows what the Leda clones look like) being there to kick off the orientation in person, and by Susan Duncan, who has arrived with her doctor/manservant/boy toy Ira, a Castor clone.

The BrightBorn orientation basically emphasizes the benefits of being able to genetically alter your child to eliminate disease, defects, and any other genetic traits that would lead to your child not being a perfect Gattaca baby. Evie talks about how when she was born, she was the “girl in the plastic bubble,” and she and her parents thought that was going to be her life. Until, that is, until her parents enrolled her in a Dyad trial that led to her being healed and going into remission. She started BrightBorn to help other parents (who are super-rich) do what her parents did and “save the world, one baby at a time.”

Back at the safehouse, Sarah is trying to have a day with her daughter without any Clone Club drama, and she succeeds a bit, though she’s continually interrupted by phone calls from the other clones. She and Alison have a hostile conversation after Alison tells her that Helena left the Hendrix home. Then there’s more hostility with Felix. Sarah still doesn’t trust his new sister, Adele, so she goes to Felix’s flat, grabs hairbrushes for DNA samples, and gives them to Scott to see if they actually are a match. It turns out that they are, and Sarah feels like shit having pursued the “there’s something suspicious about Adele” angle so hard, especially after mercilessly grilling Adele at a supremely awkward family dinner. To be fair, Felix promised to take things slow with his new familial ties, and he brought this person he barely knows to his family’s safe house without asking. Really, the hostility was inevitable. 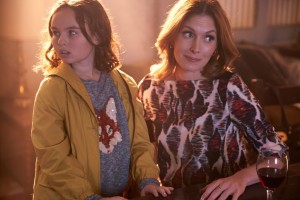 After the initial BrightBorn presentation, the women go off for a tour of the facilities while the prospective fathers stay where they are and get more info. While Donnie is catching baby fever chatting with a BrightBorn mom about her adorably perfect baby, Cosima breaks off from her tour and attempts to snoop around. She’s stopped, however, by the fact that access to upper floors is restricted and she needs a keycard to access the elevator.

While all this is going on, Evie sees Cosima and reports to Susan, assuming that it’s Sarah Manning in disguise (does Sarah really have that much of a reputation for investigating? I guess she does!). Susan corrects her once they watch surveillance footage and tells her that it’s Cosima Niehaus. Susan decides to approach Cosima herself, which is dangerous, because Susan knows exactly who Cosima is, while Cosima doesn’t know who she’s talking to. However, she’s able to steal Susan’s keycard during the conversation, so that’s something. They also have a conversation about gene editing and how illegal it is.

When Crystal shows up late to the registration and approaches Donnie while he’s holding Adorably Perfect Baby, he freaks out and runs to alert Cosima about the new Leda clone in play. Cosima makes for the restricted elevator with her newly-obtained keycard while she instructs Donnie to figure out a way to get Crystal out of there before she “ruins everything.”

Donnie does this by following Crystal as she steals high-end lotions and beauty products from the spa area, and he haphazardly poses as an employee. She says she needs a massage, so Donnie ends up needing to give her one, which is hilarious. Also, Donnie is really bad at improv. He’s just lucky that Crystal is just naive enough to buy his act. That is, until he mentions Delphine’s name during the massage as she’s filling him in on her “conspiracy theory.” Using her self-defense training, she kicks his ass and attempts to flee BrightBorn, but she’s apprehended by security, because Evie thinks she is also Sarah Manning. She thinks every clone is Sarah. Apparently, she hasn’t yet grasped the concept of clones. 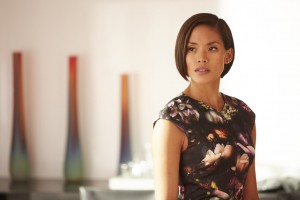 Susan has to correct Evie yet again and tells her about Crystal. Since Crystal is still unaware that she’s a clone, they release her with apologies from BrightBorn. They almost get away with having her think they are just some fertility company until Ira turns his head and Crystal sees him. Recognizing his face as one of the “twins” who kidnapped her, she leaves kicking and screaming and more convinced than ever that something is up!

Meanwhile, Cosima has made it to the upper floors and managed to get her hands on some scrubs. She blends in with the staff, taking pictures whenever she can, but then she gets pulled into a delivery. The mother seems freaked out, and starts panicking and asking God for forgiveness, saying that what she’s done is wrong. This mother is one of several on this upper floor that don’t nearly look as “high net-worth” as the prospective parents coming through the door. When this mother gives birth, the baby is hugely disfigured. Cosima is horrified. Before she can register what’s happened, Susan shows up and takes her in to Creepy Scientist Custody.

Apparently, these pregnant women are carrying childhood diseases so that their children can be studied. Cosima and Susan talk about what just happened, and Susan attempts to talk to Cosima “scientist to scientist.” But Cosima cannot abide the ethical ramifications of “trial and error without consent” on human beings, no matter how well-compensated they are. Susan then attempts to appeal to Cosima’s fear of dying due to her illness. Cosima refuses to give up Kendall so that Susan can “make more lab rats,” resenting the fact that none of the Leda clones had any consent in any of this. But Susan reminds her that no one consents to be born, but that Cosima and the other Ledas were created for a purpose — to unlock the mysteries of the human genome. Susan then reminds Cosima that she doesn’t have the resources to find a cure for herself, but that with Kendall, they can.

The episode ends with Kira finally explaining to Sarah that her “dreams” aren’t dreams. She can feel all the Leda clones inside her, in some way experiencing what they experience. Sarah promises her that they’ll figure out why.

Oh yeah, and Susan Duncan and Ira are totally getting it on, and they have a makeout sesh in the BrightBorn pool. And the award for Creepiest Couple Ever goes to… 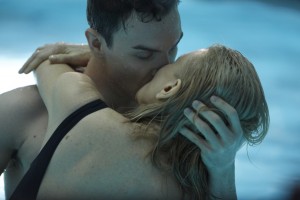 Oh yeah, and there was something about Art being told to lay off Beth.

All in all, this episode was fast-paced, exciting, hilarious, and fun. It also really delved into a lot of the issues at the heart of Orphan Black: female physical autonomy (or lack thereof), consent, and what is permissible for the “Greater Good.”

That’s it for this week! Orphan Black airs Thursdays at 10PM EST on BBC America. You’ll always be able to FIND MY OB RECAPS HERE. And yes, we’ve got the Orphan Black Science Recaps, too!