The Justices in favor will surprise you. 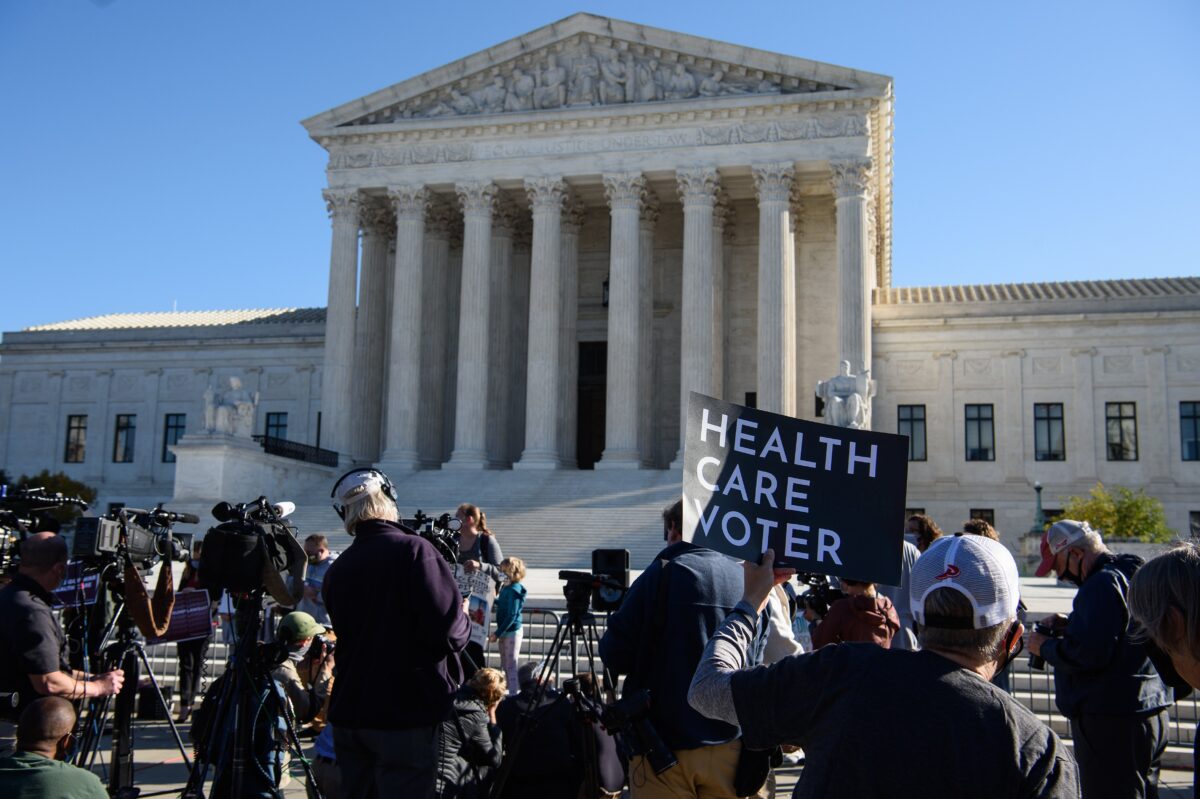 In case you missed all the other news this month—what with the election and the pandemic and all—the future of healthcare for millions of Americans went before the U.S. Supreme Court as the State of Texas and other GOP jurisdictions, along with the Trump administration, sought to overturn the Affordable Care Act.

Like many things this month, oral arguments in the case that could end the ACA didn’t go quite the way Donald Trump and Republicans hoped. But before we get into what happened at oral arguments, let’s revisit what’s actually happening in this case. As we wrote in June after the Trump administration filed a brief in support of the states seeking to overturn the law, “In the case of California v. Texas, twenty Republican states are contesting the individual mandate provision of the Affordable Care Act, which they contest is no longer valid given that the penalty for not having coverage has been reduced to zero. Another issue is if the Court invalidates that provision of the law, will the rest of the ACA remain.”

So there are two issues here: whether the individual mandate should be struck down and, more importantly, if striking it down means striking down the entire act and thus eliminating healthcare for 20 million Americans. The legalese for this question is “severability” and, if oral arguments were any indication, it sounds like even some of the more conservative judges on the court think that the individual mandate is severable, which means they might leave the rest of ACA intact.

Chief Justice Roberts, who authored the 2012 decision that allowed Obamacare to continue, expressed deep doubts that the court should do what Congress had declined to do and end the entire law. “I think it’s hard for you to argue that Congress intended the entire act to fall if the mandate were struck down when the same Congress that lowered the penalty to zero did not even try to repeal the rest of the act,” Roberts said when questioning the hey attorney arguing for the court to get rid of the ACA. “I think, frankly, that they wanted the court to do that. But that’s not our job,” Roberts added.

It seems that Roberts is on the side of good in this one instance, but along with Kagan, Breyer, and Sotomayor, that’s only four votes to uphold the law, and five are needed. And to rule that the individual mandate was not severable would disrupt healthcare for millions, the respondents argued, which congress could not have intended when they passed the law. And intent is everything here. But who else would buy that argument?

Yes. The Trump appointee stated during oral arguments, while speaking to the lawyer for respondents arguing for upholding the law, “I tend to agree with you on this very straightforward case for severability”—translation being he doesn’t think the law should be struck down. That’s legally right, but very much against the wishes of the guy who appointed him. Kavanaugh also stated that the “proper remedy would be to sever the mandate and leave the rest of the act in place.”

If Kavanaugh does indeed vote to uphold the ACA, this will be a huge win for, well, everyone that doesn’t want people to die or to take away insurance from millions in the middle of a pandemic. It will be interesting to see how the rest of the votes fall. While newly and invalidly appointed justice Amy Coney Barrett will vote to gut the law (which is why she was hired, along with her willingness to overturn Roe v. Wade) and evil incarnate, a.k.a. Clarence Thomas, will as well, justices Alito and Gorsuch may also surprise us here, given that they haven’t always toed the party line in the past.