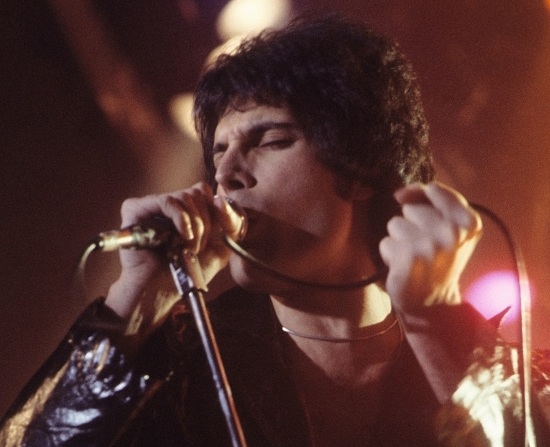 Brace yourselves: In the wake of Tupac’s surprising and widely-discussed “holographic” performance at Coachella, there are now plans to bring another famous celebrity back from the grave to rock once more. Brace yourselves again: It’s Freddie Mercury. Really though, neither of those things should be a surprise.

Technically, the upcoming Freddie Mercury phantasm is being referred to as an “optical illusion” and the performance was in the works long before Tupac ever screamed “Coachella!” but still: Holographic Freddie Mercury. Who can honestly say they didn’t see this coming?

Freddie’s visage is due to be trotted out for a performance on May 14th at the 10th anniversary of the West End musical “We Will Rock You” where he will give an illusive performance despite having been dead for over 20 years. Queen guitarist Brian May discussed the matter with the BBC, and made what seems like a very conscious effort to avoid referring to the thing as a hologram, which would presumably be a misnomer, just as it was when used to refer to the Tupac performance. Nevertheless, May predicts fans will ask themselves if they really did see Freddie.

May also expressed a bit of disappointment that Tupac beat Freddie both out of the grave and to the punch. He told the BBC, “It’s a little unfortunate they did that thing with Tupac as we’ve been trying to make Freddie appear on the stage for quite a while.” And while Freddie can’t kick off the illusive performance trend, he can definitely help validate it. After all, once one or two more stars start making posthumous appearances, we’re going to have a genuine fad on our hands. Anyone want to place any bets on who’s next?