The Trauma of Trump: How Oppression Hurts Our Bodies—and How Allies Can Help 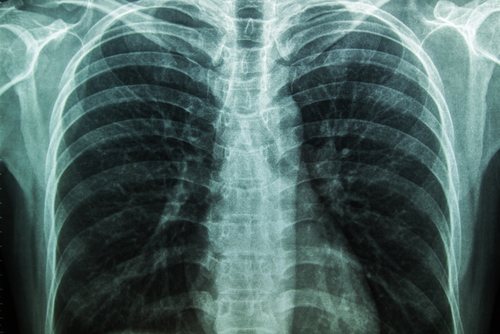 As election night results rolled in, I started to itch. First my arms, then my chest, stomach—everywhere. As an ardent Clinton supporter, I wasn’t prepared for the scenario playing out in front of my eyes. A deep and overwhelming sorrow welled inside me. By the time most of the states were called, a bright red rash covered most of my body. I tossed and turned all night in an itchy delirium.

Trauma and oppression are embodied. The abuses and inequalities we endure live within us, injuring the mind, body and soul. The trauma of Trump is no different. The assaults he promises are not conceptual, existing somewhere in the ether. They are flesh and blood. Concrete. Life or death.

This idea that trauma is embodied is not new. Look, for instance, at the 2005 findings in the Journal of Epidemiology and Community Health linking obesity and diabetes mortality with psychosocial factors related to income inequality in developed countries. This study found that the stress of income inequality influences leading causes of obesity. This study suggests a scientific basis for what oppressed people already know: Oppression kills.

While stress is a trigger for obesity, trauma is also an underlying cause of eating disorders. A response to loss of control in one’s life, eating disorders disproportionately impact oppressed groups like women and gender-nonconforming people. Even those without a full-blown eating disorder internalize the notion that the less we exist the better. Poet Lily Myers portrays this reality beautifully in her award-winning poem “Shrinking Woman.” Vanishing waistlines, diminutive postures, and apologizing before speaking characterize the bodily behavior of those who’ve been denied agency. Similarly, men often embody their own male privilege by taking up space. Whether mansplaining or manspreading, men often feel entitled to more than their fair share of real estate—whether that space is intellectual or physical.

Societal values are revealed in the way we carry and conduct ourselves in the world. Further, there are culturally imposed mandates on our bodies that reflect and promote those values—mandates which can be injurious. While gendered expectations like hair length are relatively innocuous, many others are quite harmful. For instance, harsh chemicals in hair treatments and skin lightening creams represent one way women of color are physically injured by racist beauty standards. Lest you think these beauty regimens are voluntary, look to the numerous professional and school dress codes that ban or discourage Black women and girls from wearing natural hairstyles. Additionally, the incentive to lighten one’s skin tone is directly related to the elevated economic, educational and social status associated with lighter-skinned people.

Recently, oppressive gender expectations caused me to experience a major health problem. After nicking myself while shaving my legs, I developed a staph infection that required hospitalization. Yes, this is an uncommon side effect from shaving, but one that is rooted in the numerous beauty rituals that women are expected to perform. Similarly, wearing high heels—a professional requirement in many instances—has been shown to cause irreparable damage to one’s feet and rest of the body. The cultural imperative of high heels is doubly troubling in that it hampers basic mobility, requiring the physical assistance of others (most often men) to get around.

These examples are a fraction of the ways in which bodies are impacted by an oppressive culture. Many friends and acquaintances have reported getting sick, and experiencing various stress-induced ailments since election night. These last few days, I know I’m not alone in binging on comfort food in an attempt to assuage the pain (chocolate chip cookies straight from the oven.) Many have turned to drugs and alcohol for the same reason. Most devastatingly, eight transgender youths may have committed suicide in the 24 hours following the election. The trauma of Trump has proven deadly already.

It’s imperative that we understand the election results as an assault, not only on our social progress, but on the survival and wellness of our bodies. Perhaps the reason the election of Donald Trump is so deeply infuriating is that it puts the bodies of our most vulnerable on the line. The safety of Muslim Americans like my friend Jerin Arifa, LGBTQIA people like my brother, Mexican immigrants like my cousin, and cisgender women like myself all fear violent attacks from the now state-sanctioned bigotry and institutional violence Trump hopes to dole out. We fear increased surveillance on Muslim communities, gay conversion therapy, deportation, and the repeal of reproductive rights that puts women’s lives in danger.

In the days since the election, my rash has begun to subside, and I’ve found comfort in the support of likeminded family and friends. While too emotionally exhausted on Wednesday to participate in the protests in New York City, watching thousands descend on Trump Tower was profoundly cathartic. I’ve also felt incredibly grateful for progressive leaders like Elizabeth Warren who have emerged as pillars of strength and hope during this dark time in our nation’s history.

Whether through internalizing trauma and inequalities, or experiencing the destruction and bodily control of institutionalized bigotry, our bodies are the battleground on which this fight for justice is fought. The destructive impact of oppression on mind, body and spirit means there will be times those bearing the brunt of attacks will be unable to fight back. We will need allies who are willing to cash in on their privilege to intervene. This does not mean that those with privilege should lead or speak for more vulnerable communities. Instead, privileged allies should listen and work alongside oppressed groups. Whether stepping in after witnessing harassment, or joining the fight against bigoted policies, each one of us must have each other’s backs. The weight of oppression is too much to bare alone. We are all responsible for protecting each other’s rights and lives.

Rachel Piazza is a TEDx speaker, co-founder of Young Feminists & Allies, and a feminist self-defense instructor. She holds a master’s degree in Women’s and Gender Studies, and teaches sociology and gender studies at Wilmington University.