No one is to blame for someone else's suicide. 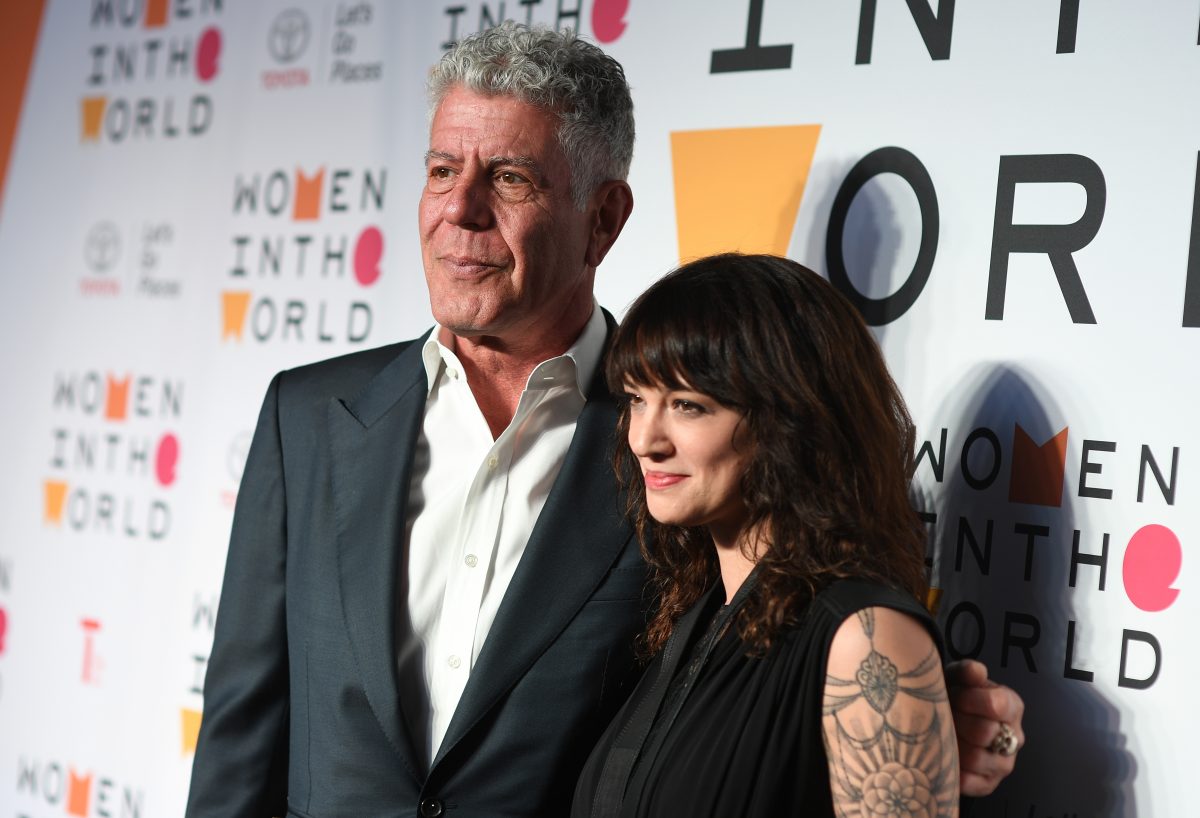 An open letter was published in the LA Times today imploring people to stop blaming Asia Argento over Anthony Bourdain’s tragic suicide. The letter, signed by 40 survivors including Terry Crews, Rose McGowan, Mira Sorvino and more, addresses a growing number of online trolls using Bourdain’s death to blame and victim shame Argento, who is grieving the loss of her companion. The letter reads:

Asia has now found herself on the receiving end of vicious cyberbullying and repulsive slander at the hands of internet trolls who hold her responsible for Anthony’s death. She has been accused of everything from causing her boyfriend’s suicide to trying to use her “survivor status” and the #MeToo movement to advance her career.

Sadly, this is not the first time that Argento has come under fire from internet trolls. As one of the first women who spoke publicly about Harvey Weinstein’s abusive behavior and came forward as a survivor, Argento has become a lightning rod for controversy. Internet vitriol and blame leveled at Argento has been relentless, and her story of survival was so mocked and slandered by the Italian media that it forced the actress to flee her native country.

Bourdain was vocal about his struggles with depression for years, and we will never know what pushed him over the edge. We feel entitled to speculate and accuse, due to the mistaken belief that we know these people. When you watch someone on television for years, read their writing, follow their social media, it is easy to believe that you know them. You don’t. None of us do. The only person who knows why Bourdain took his own life is Bourdain, and any explanation or answer died with him. The letter addresses the inherent victim blaming and misogyny behind making Argento a target of rage:

There has long been a traditional narrative of blaming, vilifying and martyring courageous women. We reject that narrative. If there is one thing we know with unwavering confidence, “sexual violence victim” is not a title anyone wants attached to themselves. Being known as a sexual assault victim isn’t a badge of honor or career booster; it’s a highly difficult, sometimes traumatizing and humiliating experience. All of us who have taken the risk of coming forward — and it is truly a risk to us, our reputations, relationships and mental health — have faced harsh criticism and often outright anger and hatred online, in our respective communities and, for some, within our own families. Yet we come forward in the hope that we can change things for others and end the sexual violence and abuse that has flourished with impunity for millennia.

Grief can take a myriad of forms: it warps our thinking, colors our perspective, and shatters our emotions, leaving behind fragments of anger, pain, confusion, and sadness. It can be overwhelming and oppressive. It can be quiet, taking up residence in your heart, like an invisible weight added to the pile of emotional baggage we’re all burdened with. It is many things, but it shouldn’t be a weapon. Especially to those who had a real, intimate, loving relationship with the deceased, the details of which we are not and should not be privy to.

“We are here to ask those who are angry and grieving the loss of Anthony to find a healthy outlet for their pain. Asia is a survivor, just as we are, and her fame and outward show of strength does not make her any less vulnerable. Asia is not a headline — she is a human being, and she is in horrific pain.”

If you’re angry and rageful over Bourdain’s death, attacking someone he loved and respected is needlessly cruel and an affront to his living memory. Let’s all work on being a little bit more human.