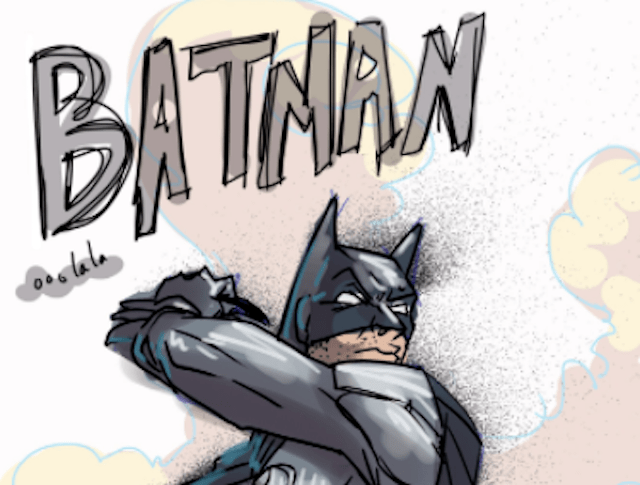 In examining the cinematic variant covers put out for DC’s Justice League, I had some qualms with how Wonder Woman was depicted, arguing that we’d never see a male superhero assume such a pose. 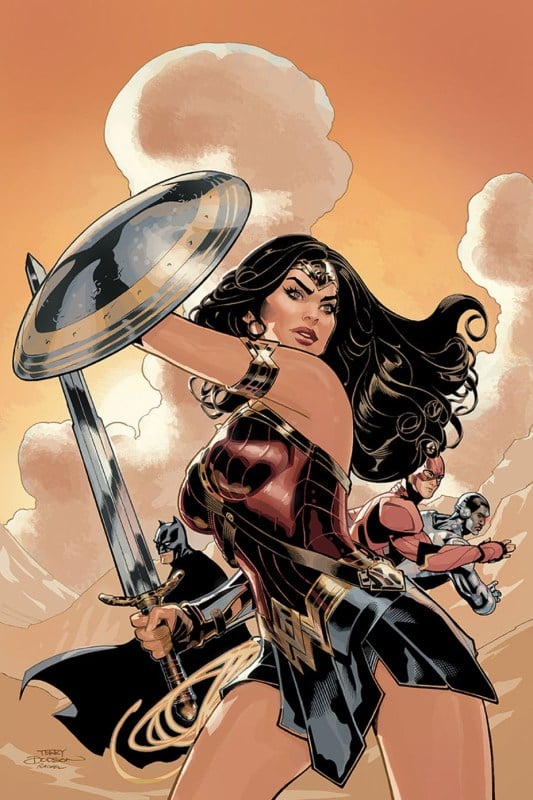 Of Diana, I wrote, “Wonder Woman assumes what looks to be like really crappy fighting form that just so happens to twist her body to prominently display her chest and legs,” and added, “I wish someone would draw one of the male heroes in that exact same pose so that we can see how ridiculous it is.” Well, on Twitter, comic artist JP Herron made my dreams come true.

Herron’s Batman takes up Diana’s posturing and demonstrates the rarity of male superheroes’ bodies being turned into pin-ups like this. This we can smile and shake our heads at as a fun experiment that proves a point, whereas with Diana’s cover many of us twisted ourselves in knots to say “it’s not so bad” compared to the egregious sexualization of women in comics we’ve seen before. And that’s true: it’s not so glaring, comparatively. But it’s still not necessary. And if it’s not practical for Bruce, it’s not for Diana. It would have been so easy to show Diana at a different angle, in a head-on pose or in a dynamic fighting stance that looks like she could actually be fighting. We’d never see Batman on his variant cover styled like Herron’s.

Still, I love everything about Herron’s Batman, especially the “ooolala” in the upper corner. To be clear, I’m not arguing that our incredibly attractive pantheon of superheroes should never be sexualized in art, ever, or that the ladies should have to assume prim and modest stances. All I’m asking for is for some equal-opportunity poses. And if you’re sketching Wonder Woman or Supergirl in a way you’d never think to showcase Batman or Superman, it’s time to go back to the drawing board.