Study Shows Only Scientists Listen To Other Scientists | The Mary Sue 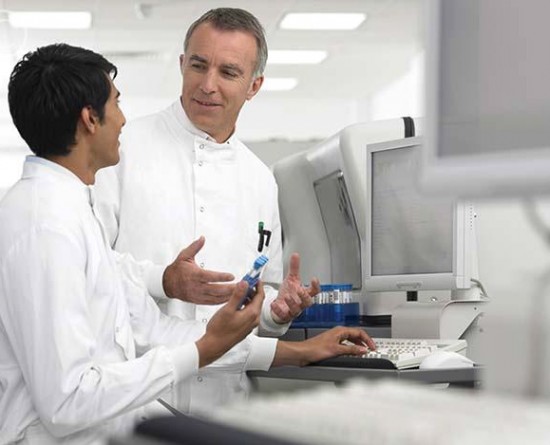 In a revelation that should come as no surprise to scientists, a new study has shown that scientists are typically the only people who listen to what other scientists have to say. The study, led by Ohio State University researchers Julie Suleski and Motomu Ibaraki, suggests that if scientists really want the public to pay attention to what they do, a new communication mechanism is sorely needed.

The mainstay of scientific communication is the journal publication process. Journals are like the magazines of the academic world, they are a place for scientists to share their work once it has been reviewed and accepted by their peers. However, who are they really sharing their work with? Hint: it isn’t the public.

The Ohio State research found that while the mechanism of publishing in a journal and then hoping that journalists pick up the story and translate it to the mass media — and thereby the public — is the normal standard, it is increasingly ineffective. While the number of scientific papers published in journals increased by 15 percent from 1990-2001, with a total of more than 650,000 papers, fewer than 0.013-0.34 percent were picked up by the media.

The journal Science, published by the American Association for the Advancement of Science, is easily the most prestigious scientific journal in the United States. Established in 1880, the journal itself estimates that they have a readership of more than one million subscribers. So, people do read journals. Yet despite the success of many science publications that only feature peer-reviewed scientific research, the Ohio State researchers say scientific literacy in the United States is declining. The lack of public understanding of science doesn’t reflect the public’s desire to know more about science topics, because according to the researchers, interest in science is high.

What, then, is causing the gap in public understanding of science? One possible reason may be that the journal publication system is isolated within the science community because mass media outlets do not pick up the majority of science stories. Members of the public interested in science must either seek out publications, like journals, where science appears, or settle for what is in the mainstream. Science journals tend to be patronized by other scientists, while the public settles for what the mass media has to offer.

The research was published in the journal Public Understanding of Science, however it is behind a $25 paywall and registration. So, while the researchers’ efforts at pointing out the pitfalls of science communication are valiant, they too fall prey to the science communication machine. No science for the public (at least from this journal), unless you’re willing to pay for it.

(via The Incidental Economist Photo via Visual Photos)