The Onion Coming to Comedy Central with Sports Show 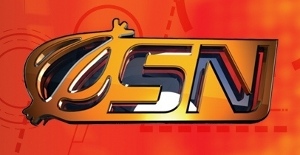 Potentially good news for sports and comedy fanatics: Comedy Central just announced they’re picking up the pilot for The Onion Sports Network for a ten-episode run. The series is named after, and based on, the sports section of fake news pioneer The Onion.

On the surface, this sounds terrific, because The Onion’s sports section is hilarious. Recent stories range from an exploration of fans’ supposed depression at the inevitable decline of once-great Seattle Mariners outfielder Ken Griffey Jr., to this photo feature, which accurately captures most fans’ perception of Duke’s basketball team. And importantly for the upcoming show, they’re also no stranger to video content, whether it’s this expert inversion of an old sports cliche, or this “look” at a petulant (fake) star of Southeast Asian sport sepak takraw.

The question – can The Onion adapt to longer-form video content? The overarching Onion News Network, also getting a show of its own, is just as strong as the sports-specific content, but when that stretched out into the straight-to-DVD Onion Movie, reception was lukewarm among imdb users, and even less kind among the few critics who bothered to mention it. Aside from that bizarre misstep, though, The Onion is among the most respected brands in comedy, and if the series more closely approximates the quality of Onion book spinoff projects (especially the transcendent Our Dumb Century), Jon Stewart and Stephen Colbert may have some competition in the fake news TV landscape.