When Is Once Upon a Time Going to Fix Its Enduring Rape Problem? 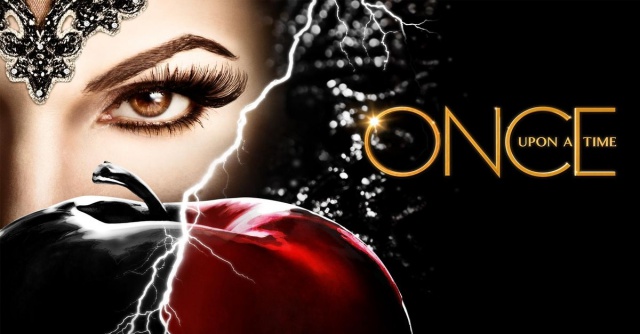 Despite my enduring love for Lana Parrilla, I stopped watching Once Upon A Time (OUAT) a while ago, checking in briefly for what should have been the series finale last season and never looking back. However, because I still have my Regina Mills tag on Tumblr, sometimes Regina-adjacent whisperings will come into my feed. Which is how I found an i09 article about how in the most recent episode of Once Upon a Time, a familiar and disgusting problem returned to the show: magical rape.

Now you would think that a show based on fairy tales and Disney films would not be a show that’s had magical rape happen not once, not twice, but three fucking times. Nope. Not Once Upon A Time. Additionally, each time it has happened, it has been a female rapist and a male victim, with the man never dealing with the rape or assault. To start on this journey, we need to go back to December 2011, Season 1, Episode 7: “The Heart is a Lonely Hunter”

Regina & The Huntsman: The First Time

For those of you unfamiliar with the initial premise of OUAT, Regina Mills, a.k.a The Evil Queen from Snow White, cast a curse which sent all the fairy tale characters from the Enchanted Forest to the real world, taking away their memories and their happy endings. They now exist in a basic-ass town called Storybrooke (get it, get it) and their only hope is the savior: Emma Swan, the daughter of Snow White and Prince Charming who grew up in the real world. In season one, a lot of the episodes are about Emma being taught to believe in the fairy tales by her son Henry, who is also the adopted son of Regina. Henry knows about the curse and is trying to get Emma to break it, while Emma’s all like, “Kid, stop,” and Regina is the only other person who knows the truth. It’s a convoluted story, but it got much worse. Back then, though, it was also pretty fun.

Each episode showed the fairy tale backstory of a certain character paralleled with their current life in Storybrooke. In “The Heart is a Lonely Hunter,” we got the story of Graham, who is a sheriff in the human world and The Huntsman in the Enchanted Forest. Way back when, The Huntsman was enlisted by Regina to kill Snow White, but he failed because of his conscience. Regina ripped out his heart, which gave her complete control over his will. (Just go with it.) When The Huntsman is being held by the guards, Regina orders them to bring him to her chambers. She is going to rape Graham. She has complete control over him, and he cannot say no.

In the real world, Regina is still raping Graham because she has control over his heart. We know they have a sexual relationship because we see her getting done up after sex or going out with him several times. Once Graham begins to recover his memories, starts to fall for Emma, and regains some autonomy, Regina kills him in front of Emma by crushing his heart.

(And yes, that is Christian Grey himself in that clip)

It is very clear, from both how Regina takes control of The Huntsman and how she kills him in the real world, that this was a relationship based on coercion. He could not consent to what was going on, and when he outlived his usefulness, he was killed. However, according to the writers, Graham/The Huntsman totes has free will, as you will see in the Twitter thread linked below:

Now at this time, Regina was the only prominent main character of color on the show (and would literally remain so until this newest season–seven seasons later), and a lot of the narratives surrounding her were highly problematic. Even though she was my favorite character, and it was clear her redemption arc was going to begin, it made me really uncomfortable that this aspect of her character was never addressed, and that the writers treated it like a non-issue. Regina’s serial murdering was addressed, but her rape of Graham was nothing.

Considering how men in our society feel an immense stigma about admitting to being abused by women, and how that stigma even exists among queer women, there is a mentality that victims who speak up will be mocked if their abuser is a woman. To see Once Upon a Time play into this by treating Graham/The Huntsman’s curse like a non-issue was a problem, but the writers had heard A LOT about this from people, so at least it wouldn’t happen again. Right?

Okay, so Zelena was introduced in Season 3 as Regina’s half-sister who hates that Regina was the kept child instead of her. Zelena was killed off at the end of season 3 by the other big bad, Rumpelstiltskin, for murdering his son. Oh, Zelena’s also the Wicked Witch of the West, and Regina is also about three-quarters of the way through her redemption story at this point. She was dating Robin Hood, but when a Time Warp resurrected his dead wife Maid Marian, she had to let him go for noble hero reasons. (Also, she’s the person who originally killed his wife back when she was evil, so some guilt there.)

Except, twist. Zelena has been alive this whole time and killed the resurrected Marian, switched places with her, and has been raping Robin Hood the entire time they’ve been together by making him believe that she was his dead wife. Oh, and she’s pregnant.

The whole thing is gross and stupid and really just a plot device used to bring back a fan-favorite character and kill off another brown girl because who needs more than one of those on this show. [Screams internally]. Even though Regina says that Zelena violated Robin, that is said once and then never discussed again. Not only does Zelena remain pregnant, but the fact that she raped Robin to get that child is treated like a non-issue, and Robin is committed to giving up everything to take care of this baby. After Robin dies, Zelena retains full custody of the child, a daughter, and names her … Robin. Then Zelena begins her own redemption story, with the fact that she is a rapist being forgiven because … well, because the writers just don’t give a fuck about female-on-male-rape if it advances the plot.

Ha, but if you thought they were done, think again.

Mother Gothel & Hook: Because Why Not Do This Shit For a 3rd Time

First of all, I’m very irritated that I watched this episode. I hate that this show got a cast of people I really like, including potential wife Adelaide Kane and The Tudors alum Gabrielle Anwar. And Lana Parrilla is still here giving amazing performance after performance and being my Latinx queen. Please just go be on Supergirl. Anyway, in the pre-holiday episode, Season 7, Episode 7 ,”Eloise Gardener,” we discover how new-universe Hook conceived his missing daughter. Spoiler alert: female-on-male-rape again.

Hook thinks he is having a sexy romantic evening with Rapunzel, but instead it was actually Mother Gothel in disguise. Apparently, all they needed to do was have long, intense hetero-sex, plus magic, and it created a child that Gothel could use to escape from her prison. She can only leave if someone in her bloodline takes her place. Therefore, rape via a transformation spell. Yes, because no man would ever just willingly impregnate a woman and leave without caring for the child. Ugh, goddess, why is this show on television still?

However, Hook is not that dude and gives up his freedom to take care of his daughter – who, again, was conceived in one night under false pretenses. Which is noble, but just like how Robin had no problem giving up his life for his offspring of rape, no thought, no real weight is given to what just happened. Instead, it is used to show nobility as just another plot device.

Once Upon a Time writers: how many times are you going to do this? Not only have you had three rapes on your “family-friendly” show, but you also had an abusive relationship be one of your core couples (justice for Belle), and also featured potential statutory rape with Neal and Emma. It wasn’t okay when you did this is 2011, and it wasn’t okay when you did this in 2015, but it is 2017. With the discussions about rape and rape culture going on, there is no excuse for ignorance.

The writers do not care, and they have no desire to try and evolve. Meanwhile, you have a show with a massive queer fanbase that you literally give nothing to. I’m sorry, you aren’t just gonna not give us Sleeping Warrior, or Swan Queen, or any Mulan ship, and then put Ruby and Dorothy together in one episode and think that is enough. You don’t get a pass. Not after all of this crap. For a show with so much potential and such a great cast, you have squandered every opportunity to elevate yourself into something better. I can only hope for a swift cancellation after this terrible season, so that we can finally get Fables on television.