ABC’s Once Upon a Time Casts Ariel For Season 3 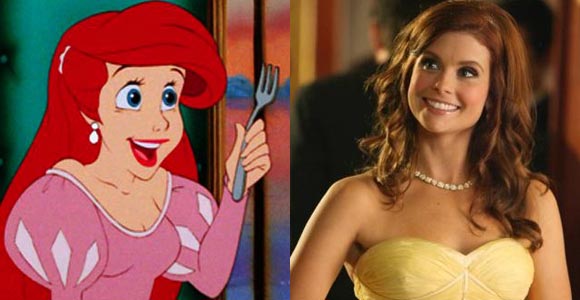 We heard our Little Mermaid would be turning up in the next season of ABC’s Once Upon a Time. Now it’s official – actress JoAnna Garcia will play Ariel!

Garcia has appeared on Reba, Gossip Girl, and Royal Pains among other series. TV Guide broke the news:

Producers promise a compelling back-story and twist for their Little Mermaid, while retaining the beloved character’s “wide-eyed” charm and ambitions we came to know in Disney’s 1989 animated classic. And as is the norm with Once characters, she’ll most likely have ties to a character we know.

Could Ariel’s witchy octopus nemesis Ursula the sea witch be far behind? “Ursula could appear this season, absolutely,” teases executive producer Eddy Kitsis. “But on our show you never know what that might mean.”

The Hollywood Reporter says Garcia is expected to appear in two episodes but there’s no word yet on whether or not Ariel’s mermaid tail will make it to Storybrooke.

Once Upon a Time has also recently cast Rose McIver as Tinker Bell and they’re currently searching for a Rufio.