On This Memorial Day, We Remember Our Fallen Women and Their Families 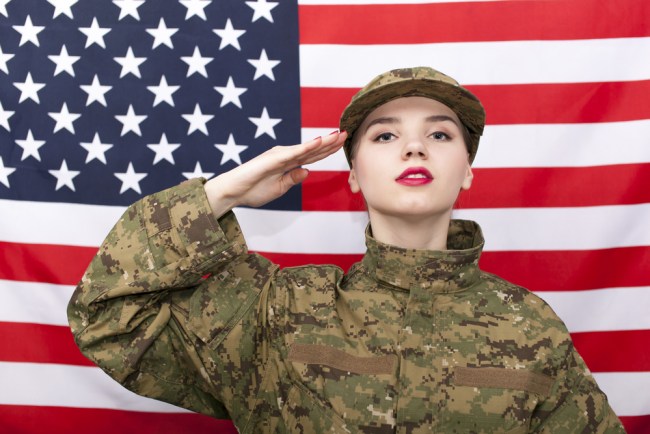 It’s easy to get caught up in Memorial Day being about a three-day weekend and stores having big sales, but Memorial Day is a day when we remember and honor the brave men and women who’ve given their lives in service of the United States through their participation in our nation’s military. No matter what your political leanings, or what your opinions on how best to support our military, those who choose to serve our country and die as a result, as well as their families, deserve our utmost respect.

This being The Mary Sue, I’d love to put some focus on the women of our nation’s military. Obviously, every life lost in armed conflict is one life too many. However, women’s contributions in this sphere (like so many others), too often gets erased or overlooked, so we’d like to do our part to make sure that these brave and selfless women get the recognition they deserve.

The Federation of American Scientists has done a really thorough study of military deaths and those wounded in action across all our nation’s armed conflicts. Some recent statistics (as of April 2017)? 110 female soldiers have died in Operation Iraqi Freedom (89 Army, 10 Navy, 8 Marines, 3 Air Force). We’ve lost 50 female soldiers so far in Operation Enduring Freedom, or our ongoing conflict in Afghanistan (36 Army, 4 Navy, 2 Marines, 8 Air Force).

For a more historical perspective, Makers highlights some of the first brave women to contribute to our military, as despite what history classes (or Hollywood war movies) might have you believe, women have always been involved in military operations, many giving their lives in the process. You can also get your history on by going down a Wikipedia rabbit hole.

So, how can we honor these women today? Well, for starters, check out the site for The Women’s Memorial at Arlington Cemetery. It’s “the only major national memorial honoring all women who have defended America throughout history.” It’s not just a site-specific memorial either. It’s also a museum that has special and permanent exhibits featuring artifacts, books, and film screenings in an attempt to make sure that women’s contributions to the military are never overlooked. If you believe in that mission, their site has a donate button. Consider using it today.

And to those of you mourning a loved one today, we are with you and support you this Memorial Day. Thank you for your sacrifice, and we here at TMS hope to continue to work toward a world that not only respects and takes care of our servicemen and women, but prioritizes peace so that we don’t have to continue losing our best and brightest, and we can someday bring them all home.