Good Lord, Will Omarosa Actually Be the One to Take Down Donald Trump?

Omarosa is not the hero we want, but what if she's the one we get? 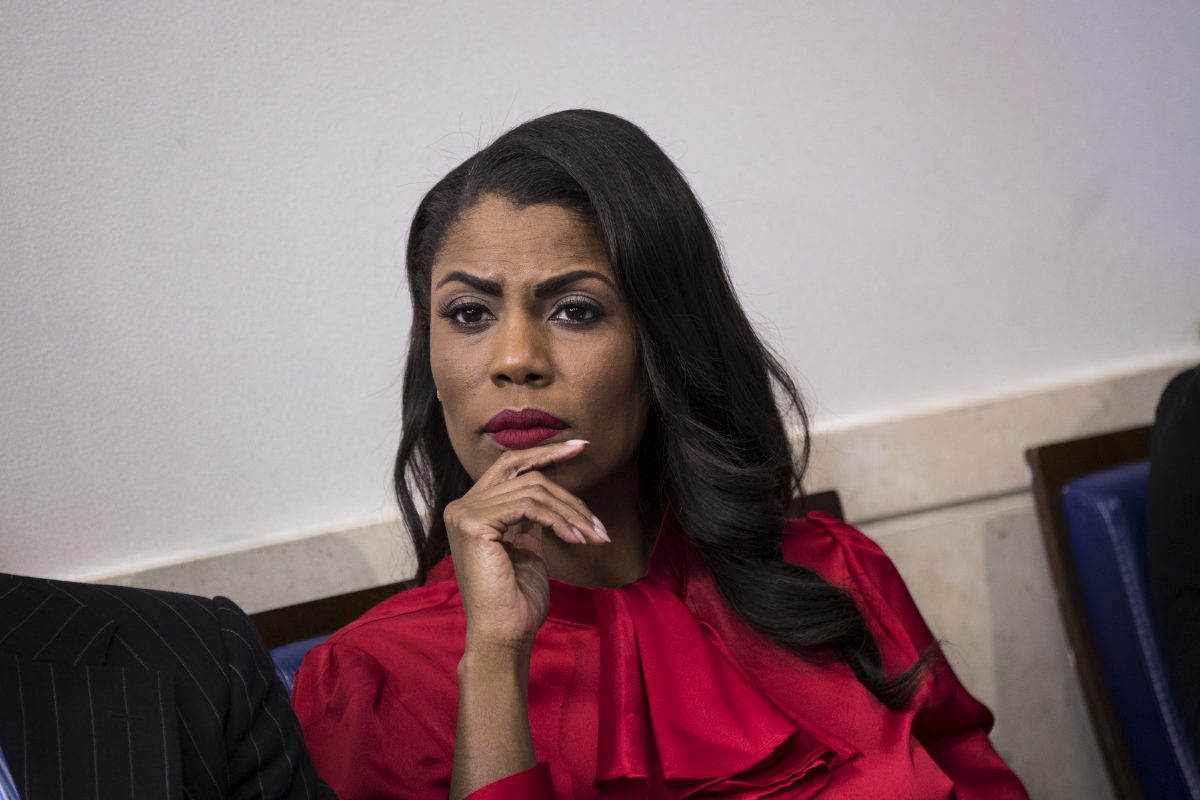 As Omarosa Manigault Newman continues her scorched-earth tour to promote her new book about her time in the Trump administration, Unhinged, she has been releasing a series of secret recordings from inside the White House. So far, she has dropped a recording of her firing in the situation room by White House chief of staff John Kelly. She has also released a phone call with President Trump, where he seems surprised and pretends not to know she was fired, and very unconvincingly says, “God dammit.”

Today on MSNBC, she shared a taped phone call with senior campaign adviser (and wife of Eric Trump) Lara Trump. In the recording, Lara offers Omarosa $15,000 a month to keep publicly supporting the president, a fee comparable to what she was making as a White House staffer. Lara Trump says in the call, “Clearly, if you come on board the campaign, we can’t have—we’ve got to—Everything, everybody positive, right?” She also specifically mentions that the salary would come from campaign funds, and it really looks, to Omarosa and the rest of us, like an attempt to pay off a disgruntled ex-employee with campaign money, which the FEC probably won’t exactly love.

While Omarosa is clearly a reprehensible person, I can’t help but root for her to take these bastards down. It’s the classic Enemy Mine trope playing out in real life. Like when Spike joins Buffy to defeat Angelus, or Hannibal Lecter helps Clarice Starling to catch Buffalo Bill, Omarosa is looking at us from behind the glass, goading us towards more negative publicity around this trainwreck of a presidency. And instead of telling her about the lambs, we have to buy her book. There’s always a price.

And in a way, Omarosa is the perfect person to take down Trump. Think about it. We tried going high when they went low, and it failed. Democrats repeatedly try to make good-faith deals with a party that is relentlessly breaking the rules of government. The republican party is Lucy with the football, and democrats are Charlie Brown, continually falling on our asses when we try to kick a field goal. Maybe, to beat them, it’ll take someone who’s willing to go lower. As Jack Donaghy says on 30 Rock, we have to “deeper into the crevasse” to find our way out.

It takes a reality show villain to beat a reality show president. Maybe the only person who can destroy the Trumps is someone just as shameless and craven as they are.