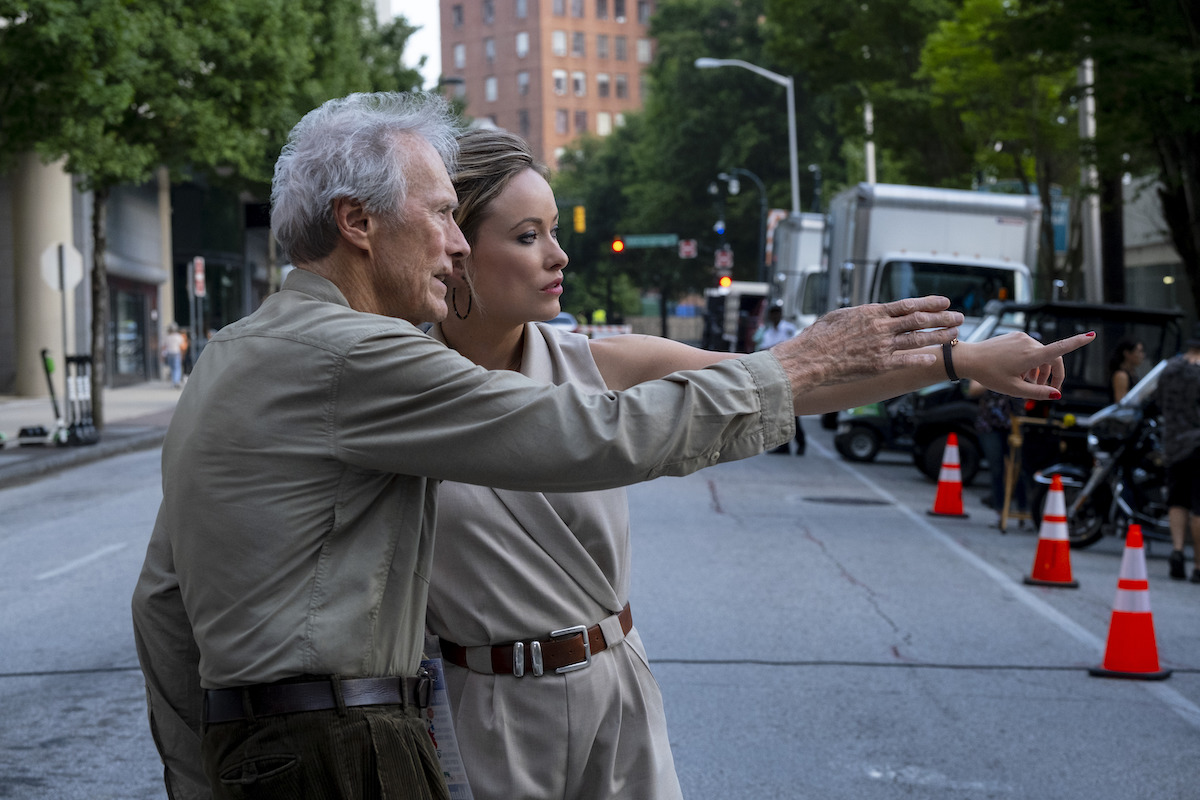 Amid criticism that her character in Clint Eastwood’s forthcoming film Richard Jewell is unfairly portrayed as trading sex for tips, Olivia Wilde is speaking out but she’s not necessarily making things better.

Wilde initially drew criticism for saying that the objections to her character using sex to get information were un-feminist and unfair for not criticizing Jon Hamm’s FBI agent character for the actions as well: “It’s a misunderstanding of feminism to assume that all women have to be sexless. I resent the character being minimized to that point.”

Many critics of the portrayal in the film rightly corrected Wilde that the issue here was not about feminism, it was about the abhorrent stereotype of female reporters trading sex for information and power. Many also noted the irony that the film, which is about the media wrongly accusing a man of something he didn’t do, is doing the same thing to journalist Kathy Scruggs, who died in 2001 and can’t defend herself.

Yesterday, Olivia Wilde took to Twitter to defend herself, if not necessarily the makers of the film:

I was asked to play the supporting role of Kathy Scruggs, who was, by all accounts, bold, smart, and fearlessly undeterred by the challenge of being a female reporter in the south in the 1990s. I cannot even contemplate the amount of sexism she may have faced in the way of duty.

Contrary to a swath of recent headlines, I do not believe that Kathy “traded sex for tips”. Nothing in my research suggested she did so, and it was never my intention to suggest she had. That would be an appalling and misogynistic dismissal of the difficult work she did.

I cannot speak for the creative decisions made by the filmmakers, as I did not have a say in how the film was ultimately crafted, but it’s important to me that I share my personal take on the matter.

She unfortunately became a piece of the massive puzzle that was responsible for the brutal and unjust vilification of an innocent man, Richard Jewell, and that tragedy is what this film attempts to shed light on.

I realize my opinions about Kathy, based on my own independent research, may differ from others involved with the film, but it was important to me to my my own position clear.

I respect Wilde for speaking up here, but what this does is only make the film sound worse for depicting Scruggs this way. As Wilde says, implying Scruggs traded sex for tips “would be an appalling and misogynistic dismissal of the difficult work she did.” But that’s exactly what the film allegedly does.

I have not yet seen Richard Jewell, but Deadline describes the offending scene thusly:

In the movie, Hamm’s Tom Shaw and Scruggs are depicted as close associates. The scene in debate centers on Scruggs cozying up to Shaw in a bar, offering to sleep with him for information on the bombing. Shaw tells Scruggs,“Kathy, you couldn’t f*ck it out of them. What makes you think you could f*ck it out of me?”

It’s deeply troubling that Wilde—a vocal feminist, and advocate for women—was comfortable playing the role in this way despite her own research and reservations and that she’s passing the blame up the ladder. But it’s also not surprising that it was the people who made this movie who decided on this portrayal. It seems like Richard Jewell is deeply critical of the ‘liberal media’ and sexism and dismissal of women has always been part of the narrative.

The screenwriter of the film, Billy Ray, for his part, is making no apologies. He’s accused the Atlanta Journal-Consitution, which employed Scruggs and who he sees as the reason Richard Jewell’s life was upended as promoting “a distraction campaign” rather than own up to their role in the scandal. Rather than address the controversy, Ray doubled down on the portrayal of Scruggs, saying: “And by the way, I will stand by every word and assertion in the script.”

It’s notable that Wilde is speaking out, and I’m glad she’s doing so because it sounds like the makers of the film will not be issuing any disclaimers or doing anything to remedy the implications they make about Scruggs. It’s also depressing that she ended up in a role that perpetuated these stereotypes and was either not able or unwilling to speak up against the knowing, proud slander of this woman’s character.

Again, it’s terribly ironic that a movie about the media vilifying people is committing the same crime. Perhaps Mr. Ray and director Clint Eastwood feel it’s fitting payback. But it’s even sadder that Wilde has been put in this untenable position of having to throw the makers of her own movie under the bus for a mistake that shouldn’t have been made and maybe wouldn’t have been made if they’d listened to a woman … but I don’t think listening to or caring about women is something the men behind Richard Jewell are interested in.