Charmed Reboot Gives Us The Potential Names of the 3 Sisters 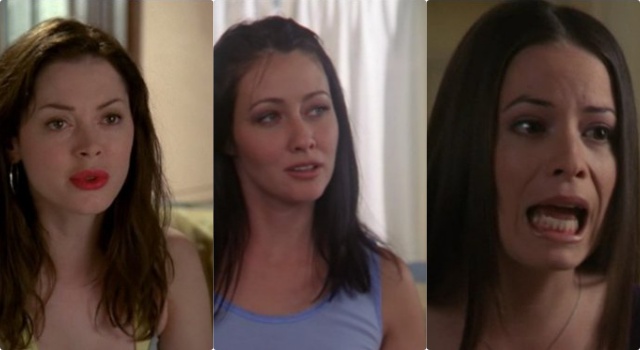 So this Charmed reboot is still going and we were given a little bit more information about the new Charmed Ones: Macy, Mel, and Madison…Pruitt.

TVLine published these character breakdowns of the lead characters and while they have said these are the “unofficial names” if it is an indicator of where they are going, it’s not that great names-wise.

MACY | A witty, intense science nerd, Macy — who is in her late 20s — is a Ph.D. in quantum physics who’s moving with her boyfriend Galvin to Hilltowne, Michigan, to work in the university lab. Macy has reason to believe that she is the sister of Mel and Madison. Her power is telekinesis.

MEL PRUITT | A strong-willed feminist, she feels deeply and is a bit controlling. Mel — who is in her mid 20s and a lesbian —  is the sister of Madison. In the wake of a tragic accident, the grieving Mel becomes angry, defiantly unkempt, even violent, pushing away those who might help her, including her girlfriend, Detective Soo Jin. Mel’s power is time-freezing.

MADISON PRUITT | Mel’s younger sister (she’s 18-ish), an athletic (pilates, cheerleading) college student pledging a sorority, Madison is the opposite of her feminist sister with a desire to fit in. Madison is horrified to learn she is a witch. Her power is hearing people’s thoughts.

It’s pretty clear how these new sisters connect with the original: Macy is the oldest like Prue was, but she is also not raised with the sisters like Paige was when she was brought into the series as Prue’s replacement. Mel is Piper who is now a strong-willed, feminist, angry, lesbian…cool. Finally, Madison who is the opposite of her feminist sister because she…is in a sorority and wants to fit in. M’kay. She’s the Phoebe but is the only one with different powers and unlike Phoebe in the original series, Madson will not be embracing her witch path easily.

I have to say these character breakdowns are…not the best indicator of quality, but again this is just the breakdown. Hopefully, they make Mel a little more nuanced than the angry tragic lesbian feminist. After watching One Day at a Time‘s nuanced way of talking about social justice, I feel a little weary about this on-the-nose stuff.

According to TVLine,  “all ethnicities” are being looked for all the roles, but let’s be honest with ourselves, with the names Macy, Mel and Madison…it is very likely that the main three will be white. Maybe we will get a peppering of diversity with the secondary characters, especially since the writers do hail from Jane the Virgin, but if “M3” does end being non-white I will rewatch every episode of the final season of Charmed.

Speaking of the original Charmed. Holly Marie Combs has continued her shady commentary on the series on Twitter.

While I am, tentatively excited and the possibility of a more diverse reboot of Charmed, I do understand that for some other fans and the original cast that this does seem like they are taking the name of the series while trying to divorce it from the original show.

What do you think? Are you at all interested in Mel, Madison, and Macy?