I Hope the Old Trucker Who Starts the Morning Sharing TikToks of His Road Buddie, Bobbie the Kitten, Is Having a Good Day

I want this as a children's book, please and thank you. 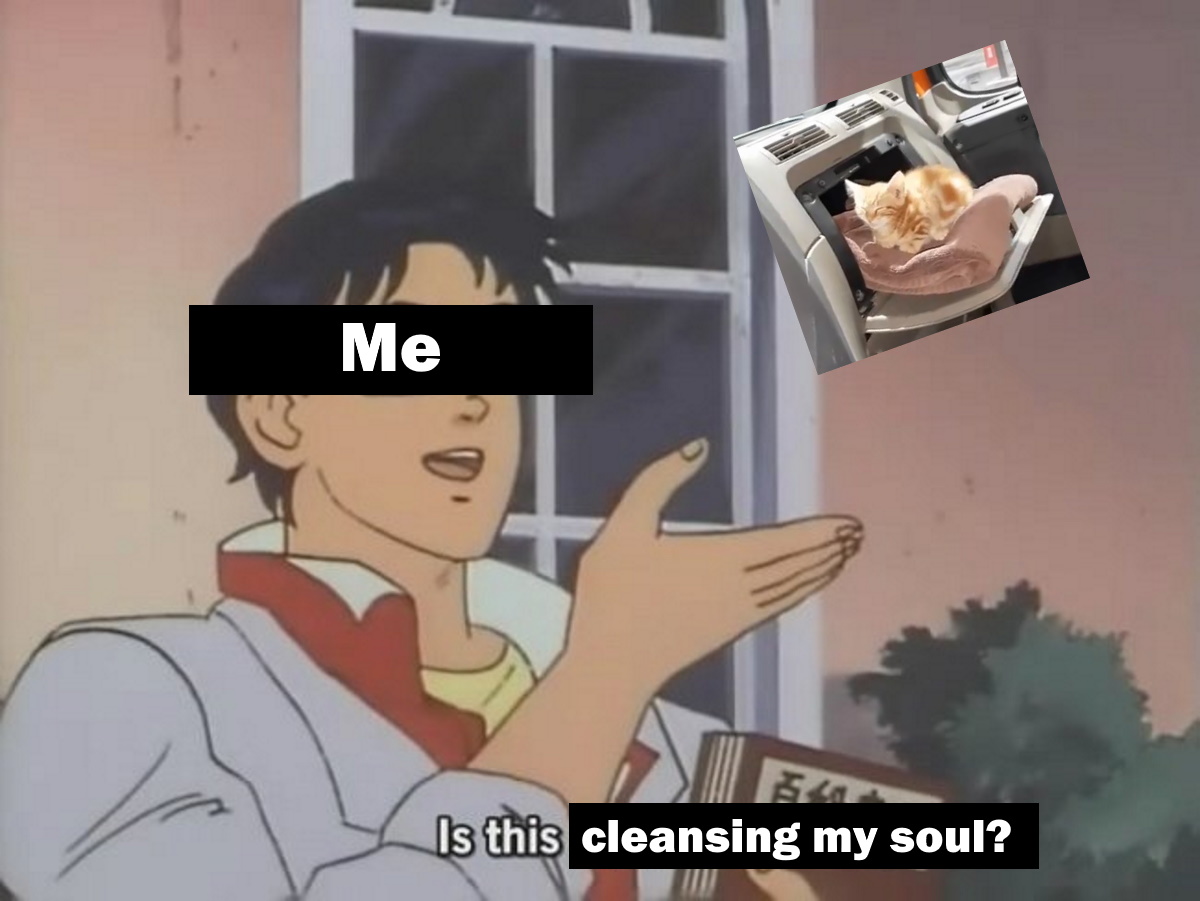 It has been brought to my attention that there are a series of wholesome TikToks about a man, his truck, and his kitten. Since I’m trying to go to heaven when I die, I thought I’d let you all know about “Old Trucker” in an attempt to spread some joy this morning.

Okay I know my ass is going to hell, but that doesn’t mean I can’t start the day with a kitten who curls up on a trucker’s dashboard, the trucker speaking in a way that reminds me of a grandpa who sits in a rocking chair to tell stories.

in love with this sweet old trucker who brings his kitten with him on the road pic.twitter.com/UTE7CwdpJk

To my delight (and envy, because my cats would never), this story has led to others sharing their road adventures with their fur babies.

Cats love trucking, my own past exploits as proof. pic.twitter.com/SY1XqHixLt

Miu miu used to come with my wife and I every day when we were driving for work you never see Drive through workers happier than when they can see a cute cat. pic.twitter.com/T1LQiZOFv7

Like? This is apparently a thing? That people do?

I stumbled across that a few years ago and it was days before I came back up for air.

Well, let me just go ahead and bookmark that for later.

From what I can gather, Old Trucker has been uploading TikToks of his trips for a while. He always wishes viewers a good morning, talks about where he’s headed, and is just an all around pleasant person to listen to. He’s big on telling your loved ones that you love them and is always thankful for the people he has in his life – TikTok family included.

Basically, it was already a wholesome TikTok channel.

A couple of months ago, he uploaded video of a cat who had kittens at his house. Unfortunately, the runt of the liter, Bobbie (with an ie), was the only kitten who survived.

To add more heartbreak to the story, Old Trucker uploaded video in August of him being in the hospital. Apparently, he had a heart attack, so he had to take some time to recover.

There is, however, a silver lining.

Once Old Trucker was out of the hospital he uploaded a video to give an update, saying that if he was able to drive again, he would be taking along a new friend.

Fortunately, he passed the stress test and was able to go back on the road.

It’s clear that having Bobbie is helping with his health. Pets are great sources of stress relief, and I imagine being on the road with a new little friend makes for good company.

When he said the cat does more for his heart then any prescription a doctor could fill pic.twitter.com/F4d5oWc9vh

Bobbie was meant to be with Old Trucker, as Bobbie’s mom (Fiona the Cat) literally walked over to Old Trucker, dropped Bobbie off, and left (according to Old Trucker, at least). After taking Bobbie to the vet and giving him his own little bed via the glove compartment, a friendship that’s sure to last for years was born.

“What Bobbie has done for my heart and my frame of mind is far more than any prescription that any doctor could give me.”

Old Trucker, I hope you know what this story is doing for all of our hearts, too.