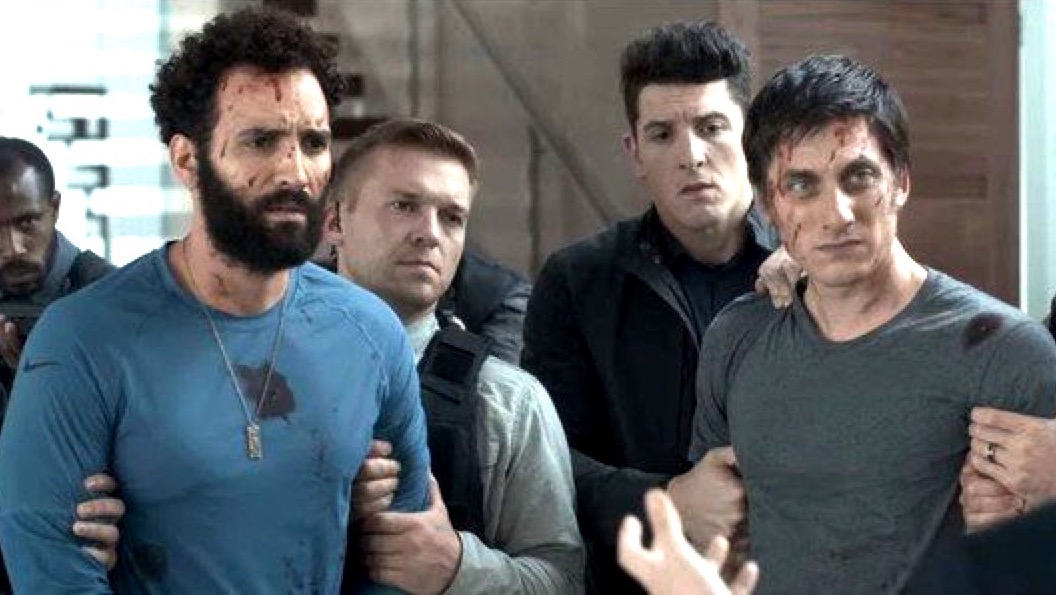 While major movie studios might make lots of excuses for their lack of LGBTQIA+ representation, and it might seem like the norm, the mold is finally being broken in other places. With most theaters still closed and very few new films releasing in them, more people than ever are watching streaming content, and Netflix’s The Old Guard put Disney (including Marvel and Star Wars), Warner Bros., and others to shame by showing just how easy queer representation in genre films can be.

If you’ve watched nearly any major blockbuster film from a big franchise in recent years, it’s clear these studios think including LGBTQIA+ characters is complicated or too “risky.” While queer representation in media is becoming more common—even in film, but more so in television—it’s extremely rare to see any canon non-straight characters in genre films, especially action and fantasy/sci-fi.

Studios like Disney, which seems to be the main monopolistic force that fits into this category, still haven’t included any significant canon queer characters or storylines. Despite fans waiting for confirmation of relationships like Carol and Maria from Captain Marvel, Finn and Poe from Star Wars, or characters like Ayo and Valkyrie (who is supposed to finally get to be canonically queer soon), it hasn’t happened yet. There have only been a few crumbs of minor, blink-and-you’ll-miss-them moments of queerness, and that’s it.

In The Old Guard, Joe and Nicky’s storyline isn’t like those moments at all. Members of a small group of immortal mercenaries who have been alive for centuries, their love has lasted through countless “deaths” and civilizations, and this makes theirs a love of mythic proportions, as pointed out by Alex Abad-Santos, in a clear-cut way that is rarely seen.

By far the most memorable scene between these two is a monologue that Joe gives about Nicky when they are being held captive by the movie’s villains, who mock the idea of these two being “boyfriends.” While the entire speech is memorable, a standout line includes the response of “He’s not my boyfriend. He’s all, and he’s more.”

When they say love is eternal, they’re talking about Joe and Nicky. pic.twitter.com/QIx9hMgazR

The speech concludes with a passionate kiss in defiance of the immature, homophobic men around them, and in defiance of homophobia that still exists in our own society, too. It’s extremely rare for action movies to include such intense, romantic speeches and physicality for gay men without making them into a joke, and it also makes it easy to imagine how amazing it would be if major film franchises would follow suit.

It’s also worth noting that while it’s not explicitly made canon, there is also a somewhat nuanced and intense relationship between the main character, Andy, and the woman she shared a very close bond of friendship with, Quynh. While subtextual, there’s certainly room for a sequel and further exploration of this relationship, too.

While the film itself might not be as sleek or well-made as theatrical blockbuster hits, the inclusion of a queer couple that’s allowed to be involved in an engaging and romantic love storyline is a breath of fresh air. Just like with most heterosexual romances, Joe and Nicky are allowed to just be in love in a way that is realistic and simple, in a love story that spans centuries, and the movie had no problem showing them touch, kiss, and declare their feelings.

It’s sad that this feels so groundbreaking for an action/sci-fi movie, but it’s also exciting to see it happen. They’re main characters who are central to the plot, unlike the minor moments we’ve gotten from other studios, and the film feels no need to explain their identity or make their queerness tragic or upsetting. Despite the movie being a somewhat violent action film, The Old Guard doesn’t play into the “bury your gays” trope, either. This trope is rather rampant across genres, including franchises like The Walking Dead and The 100, while even films that have done positive things for queer representation, such as Atomic Blonde and Jennifer’s Body, have killed queer characters.

The Old Guard shows that not only is including LGBTQIA+ characters simple, but it makes for stories that audiences will enjoy. Unlike many couples in big franchises that have been full of obvious subtext but never made anything canon—like Steve/Bucky, Finn/Poe, Maria/Carol, and Erik/Xavier—The Old Guard finally lets queer fans have the kind of genre representation they’ve been looking for.

While many of these non-canon queer ships have been hugely popular amongst fans and even talked about in major entertainment publications, these studios seem to think that making any main characters queer will alienate audiences and take focus away from other elements of the story. However, this idea of “forced diversity” interfering with a story is a false concept, as queer people already exist in real life, so there doesn’t need to be any justification for including them in fiction.

The fan reaction to Joe and Nicky’s romance also shows what a missed opportunity it’s been for Disney and others to refuse to follow through on any subtext. Instead of doing something groundbreaking that would have made them look progressive and inclusive while also encouraging fan loyalty, they took the coward’s way out.

While there isn’t official merch for The Old Guard, fans have responded right away to this rather niche Netflix film, creating fan art and fanfiction, and many publications have covered the representation in the story. The fact that so many people have responded so positively to a movie like this just proves that big studios would benefit, both socially and materially, from showing LGBTQIA+ fans that they support them.

Any large studio should take note of how simple it is to include characters and storylines like this and reap the benefits. Instead of trying to get a pat on the back for including the bare minimum, they need to be held to a higher standard. Movies that center only straight, white characters have had more than their fair share of attention.

Instead, The Old Guard will get the kudos for doing something that so few films in the genre have ever done before and will hopefully be one of many pieces of media paving the way for all kinds of LGBTQIA+ stories on the big screen. 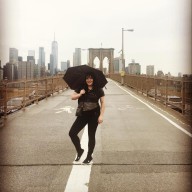