OkCupid Is Not OK With Mozilla’s New CEO Not Supporting Marriage Equality, Wants You to Not Support Firefox

It turns out the fox says, "Whoops." 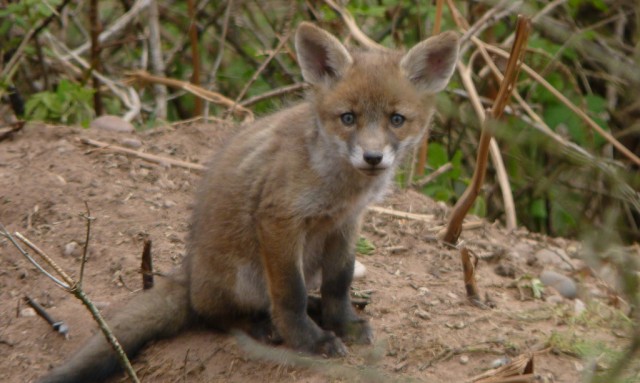 OkCupid is all about finding people love, and they’re not happy that Mozilla’s new CEO is all about that love only being between two people of opposite genders. So, they’ve left a disclaimer on their main page for users of the Mozilla-owned Firefox browser that they should maybe find a more inclusive browser.

Among those options are Google Chrome and Internet “Exploder,” so they’ve definitely still got a sense of humor about the whole thing. They take their mission of bringing people together pretty seriously, though, which is why they decided to speak out on the fact that Brendan Eich, Mozilla’s new CEO, supported California’s Prop 8, which was an initiative to ban same-sex marriage.

The letter about their position on the issue that Firefox users will see when navigating to the site reads:

Mozilla’s new CEO, Brendan Eich, is an opponent of equal rights for gay couples. We would therefore prefer that our users not use Mozilla software to access OkCupid.

Politics is normally not the business of a website, and we all know there’s a lot more wrong with the world than misguided CEOs. So you might wonder why we’re asserting ourselves today. This is why: we’ve devoted the last ten years to bringing people—all people—together. If individuals like Mr. Eich had their way, then roughly 8% of the relationships we’ve worked so hard to bring about would be illegal. Equality for gay relationships is personally important to many of us here at OkCupid. But it’s professionally important to the entire company. OkCupid is for creating love. Those who seek to deny love and instead enforce misery, shame, and frustration are our enemies, and we wish them nothing but failure.

OkCupid has taken the high road and offered a button at the bottom for users to decide to use the site with Firefox anyway. They don’t want to force anything on anyone, but for a site that makes its business out of helping people find love, they want to make sure their users know who they’re getting into bed with, so to speak.

Other companies, like addon maker Rarebit, have pulled support for Firefox over Eich’s promotion to CEO as well, and Mozilla employees have shared their own unhappiness on Twitter. Eich has issued an apology statement, saying, “I am committed to ensuring that Mozilla is, and will remain, a place that includes and supports everyone.”

Mozilla also released a statement about OkCupid’s actions that said, “Mozilla supports equality for all, including marriage equality for LGBT couples. No matter who you are or who you love, everyone deserves the same rights and to be treated equally. OK cupid never reached out to us to let us know of their intentions, nor to confirm facts.”

Unfortunately, the thing official apologies always seem to miss in situations like this is that no one is concerned that Mozilla might suddenly wage a war on the LGBT community. People on the side of equality want to make it clear that outdated, closed-minded attitudes and actions are not OK. Again, they didn’t outright block Firefox, which would be a stronger stand against the whole of Mozilla.

They simply used it as an opportunity for their website to criticize someone who has risen to a position of prominence in a web-based company, which is understandable considering OkCupid’s entire reason for existence and what they’re criticizing him for. If Eich really wants people to get off his back, he’d be better off saying he’s come around on the subject and wishes he hadn’t fought against marriage equality in the first place than issuing a non-apology.

It’s OK to make mistakes and be wrong and learn from them, but if you don’t do that, it’s also OK for people to call you out on it.

(via CNN, image via John Morris)