“It’s Actually Better to Be Ugly on OkCupid Than Merely Cute,” She Told Herself

According to what really (really!) looks like a comprehensive and though-out study on attractiveness, girls who are seen by guys as either very hot or super butt ugly have a better chance of being contacted on OkCupid than if they were “conventionally cute.” The reason for this? If you’re polarizingly hot, you might not be a dude’s type. At all. After all, some guys are Team Aniston, some guys are Team Jolie. Some guys are Team Bullock, some are Team Von D.

Sidenote: Why are all the tattooed girls the troublemakers? Some of us have morals too, you know … Anyway…

Acknowledging that this is a study that is judging its female users by their appearances alone (a study focusing on the gents is in the works), OkCupid went ahead and took a sampling of 5,000 of its female users, all ages 20 to 27, and tabulated how many messages they got in one month. 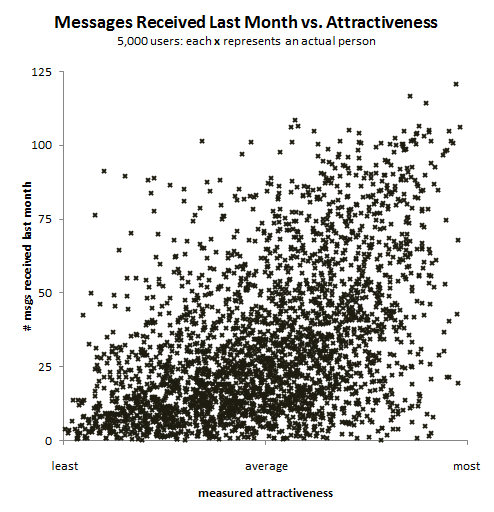 OkCupid’s attractiveness scale goes to 5. Two girls who participated in the study, one of them a 3.3, the other a 3.4, were compared based on their attractiveness and the amount of messages they got. One girl was what you might call “conventionally cute,” where her ratings mostly varied from 2 to 4, getting mostly 4. The other girl was more polarizing, getting mostly 1 and 5. She was the girl who got more messages, not the “cute” girl.

Why is this? OkCupid came to the conclusion that “the more men disagree about a woman’s looks, the more they like her.” Hmm. I won’t get into the math equations they created (math!), but I will quote the game theory:

Suppose you’re a man who’s really into someone. If you suspect other men are uninterested, it means less competition. You therefore have an added incentive to send a message. You might start thinking: maybe she’s lonely. . . maybe she’s just waiting to find a guy who appreciates her. . . at least I won’t get lost in the crowd. . . maybe these small thoughts, plus the fact that you really think she’s hot, prod you to action.

On the other hand, a woman with a preponderance of ‘4’ votes, someone conventionally cute, but not totally hot, might appear to be more in-demand than she actually is.

Oh, so it’s a sort of male insecurity-slash-superiority complex. Basically, some guys will see that a girl has been getting a bunch of “1” ratings, so he will be the prince to save her (ignoring the equally numerous “5” ratings). And the anonymity of the Internet is kind of like that extra dose of liquid courage in the bar, no?

I’m not really sure how to predict what will happen in the male-focused study that will be conducted, but if it’s any indication, um, this one was pretty obvious. That doesn’t make me any less impressed that they came up with math, though. 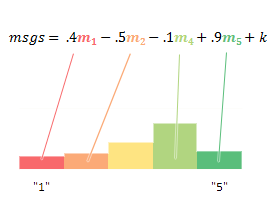