Gen Z Has Given Us New Fighting Words: Ok Boomer 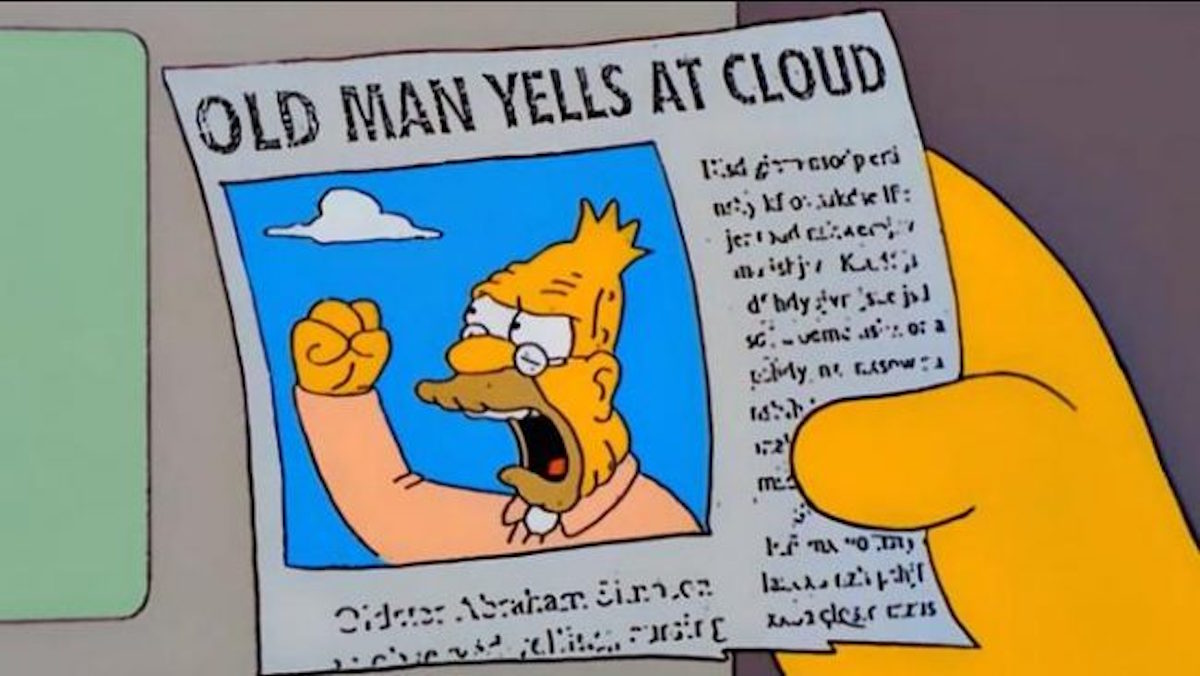 Boomers love to cry and then pretend like they’re not crying and blame other generations (of “snowflakes”) for their tears. Tis the way of the generation after World War II. They think they’ve had it tough and so they throw their lack of student loan debt in our face and mock our 80-hour work weeks by saying that, in their day, the television sets were in black and white.

The problem with the modern era is that the Baby Boomer generation, and just anyone who is older or nearing retirement, loves to call anyone younger than them a millennial, which isn’t the case. We have distinct generational divides, always have. The problem now is that by generalizing generations, you’re insulting everyone all at once and forcing a wave of unnecessary anger between them. So how is Gen Z combating that? By saying “Ok boomer” as a generalization for anyone older who is criticizing the youths.

Talking to NBC News, Sam Harman, a 17-year-old who took part in an iconic “Ok boomer” picture, discussed why the phrase has become so prominent:

I think a big part of why it has caught on is just, like, baby boomers and older people in general love to complain about younger people on the whole. They’ll call anyone younger than them ‘millennials,’ and doing the same thing to older people by calling them ‘boomers’ is kind of a push back to that.

With sweatshirts for sale (I already bought one) and a Twitter campaign that is spreading at a rapid pace, we’re all learning of the power that Gen Z has. The Ok Boomer trend started when one group of kids realized that their favorite sentiment to say to one another was “Ok Boomer” and has now grown into songs, tweet threads, and sweatshirt sales, so we have to give it up to Gen Z.

Let’s get it trending #okboomer

There’s a level of dedication to this trend that I truly appreciate. Basically anyone over the age of 39 likes to just throw everyone younger than them into the same generational label. The labels mean nothing except when someone wants to blame them for something. “Millennials” are lazy, “Gen Z” is entitled, and both of us are fed up. It was just Gen Z who found a way to make it a movement online, and we, as millennials, must support. (Hence my purchasing of a sweatshirt I most definitely do not need but definitely want.)

So now, we get to explore the songs and tweets of the youths and thrive in their comedic wit. Here, please listen to this song titled “ok, boomer” while we look at some of the best tweets about this movement.

Ok Boomer trending worldwide while I was sleeping i aint even say shit and still woke up to boomers in my mentions. power

every generation has their defining thing they say ok to:
ok computer
ok go
ok boomer

Boomers: [blame Millennials for everything and make fun of a whole generation]

Boomers: Shut up, you need to learn! We are older than you!

Boomers: HOW DARE YOU?! HOW SAD! SO UNRESPECTFUL https://t.co/8Vz5HfHmc5

MILLENNIALS WE’RE WITH YOU

Catch me at the senior center, all decked out head to toe in OK Boomer apparel, yelling the answers to Wheel of Fortune puzzles before they have a chance to answer first

The children really are our future and I can’t wait to be cozy in my “Ok boomer” sweatshirt all winter long.