Oh Great, Now We Have to Worry About ‘Murder Hornets’?! 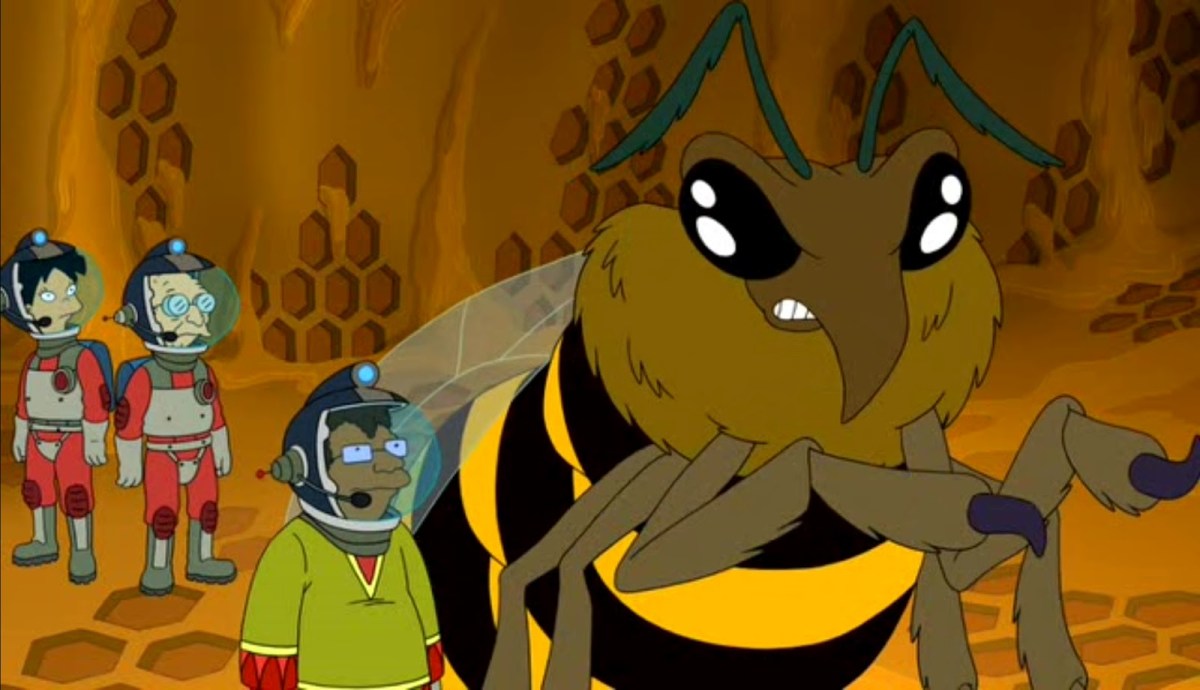 I know it’s only May, but I think we can all agree that as far as years go, 2020 has been just one long poop sandwich buffet. But in case you thought that the coronavirus pandemic was more than enough reason to write off 2020 entirely, I have some terrible news. Apparently, Asian giant hornets have been spotted in the state of Washington.

The Asian giant hornet (Vespa mandarinia) is also known by the terrifying moniker, the “murder hornet”. Their queens can grow up to 2.2 inches long, and their stings are said to be some of the most painful and toxic in the insect world. Their stingers are long enough to penetrate a beekeeping suit, and victims have likened the pain to being stabbed with a hot piece of metal.

COOL COOL COOL VERY COOL. The hornets are known for attacking bee colonies, where they use their sharp mandibles to decapitate the bees and bring home their thoraxes to feed their young (that’s contender for most upsetting sentence I’ve written ever?). These murder hornets can wipe out a hive in just a few hours.

For a world that is already suffering from a dwindling bee population, the Asian giant hornet is a formidable foe. While only a handful have been spotted in the Pacific Northwest, beekeepers and entomologists are working hard to track and destroy hornet hives. But the clock is ticking to keep these hornets from establishing a serious and permanent residence in North America. Chris Looney, an entomologist at the Washington State Department of Agriculture, said “This is our window to keep it from establishing, … If we can’t do it in the next couple of years, it probably can’t be done.”

Have you stopped screaming yet? Nope, me neither! Considering that these IRL tracker jackers have chosen this cursed year to descend upon us, the internet has respondedthe only way it knows how: jokes jokes jokes.

MURDER HORNETS. ART THOU KIDDING ME

when the Murder Hornets are on the swarm pic.twitter.com/QiBaXrGqFq

How to deal with those pesky murder hornets pic.twitter.com/sKW72uZFNt

I’m sorry, did y’all say “murder hornets”? Whoever is playing Jumanji, can yall just please hurry up and win? We can’t take no more! pic.twitter.com/TXxC1wRzL8

January – WW3? “Maybe, we’ll see”
February – The World is on Fire
March – The fucking Plague
April – UFO’s are officially confirmed
(and we’re to overwhelmed to care).
May – MURDER HORNETS ARE HERE pic.twitter.com/zcwekC7mGc

Murder hornets. Sure thing, 2020. Give us everything. Hypno-frogs. Fecal blizzards. Toilet tsunamis. A CATS sequel. We can take it. https://t.co/DSDpgKhKzQ

So we have a plague, locusts and now murder hornets. 2020 is really making me miss the horrible hellscape that was 2016.

Maybe this has broken me but I honestly think the murder hornets are a refreshing change of pace!

me waking up and seeing “murder hornets” are a new problem pic.twitter.com/PDQ27n2HtG

The worst thing about the murder hornets? Each one has their own podcast

"Murder hornets arrived in a America"

Murder Hornets on the way to officially cancel your wishful Summer plans:

'Murder hornets' is trending and we are officially in the Hunger Games. pic.twitter.com/lQtfikobxJ

Murder hornets hearing everyone wants a break for 2020. pic.twitter.com/rWlRcMGgzF