Netflix Cuts Fake-Suicide Scene From 'The Office' | The Mary Sue 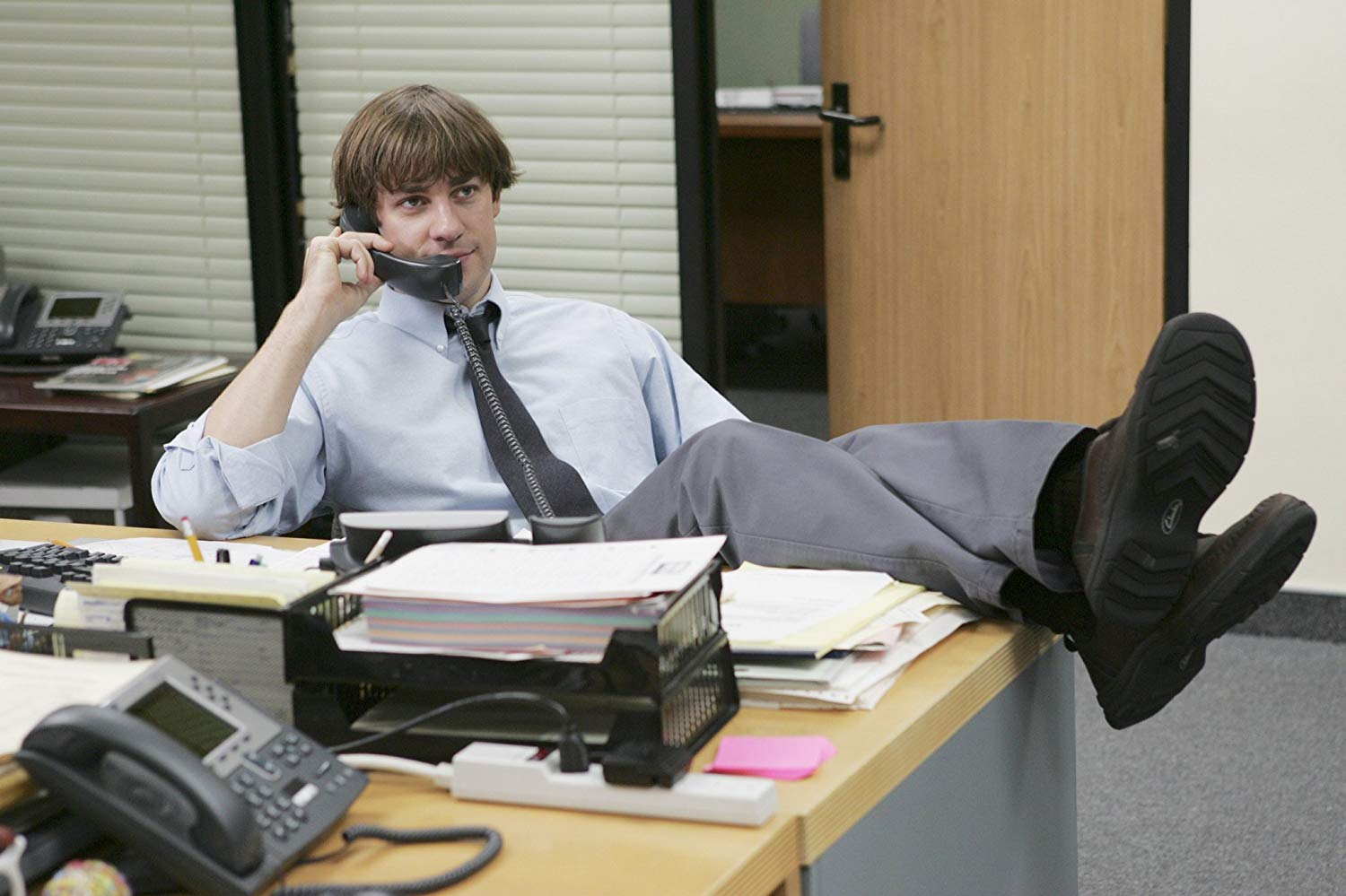 Steaming on the internet has helped to scrub an infamous prank scene from The Office. The scene in question comes from season six’s “Koi Pond” episode from 2009, which features a cold open where the office of Dunder Mifflin celebrates Halloween by turning the company’s warehouse into a haunted house. It sounds like a great way to start a Halloween bit. Well, the reason it gets cut has to do with the actions of boss Michael Scott (Steve Carell).

Everything starts off fairly tame, since there are a lot of children at the haunted house, but Michael searched for ways to raise the stakes, because being extra is his brand. So, he decided to graphically simulate suicide, to the horror of the children and the staff (and me watching the episode through my fingers) attending the haunted house. Michael dropped from the ceiling on a fake noose, dressed like a “Dick in a Box” character, and writhed around as if he was actually strangled for a moment before telling the kids, “Remember, suicide is never the answer.”

Apparently, this scene has always been somewhat problematic, because according to ComicBook.com, it was cut from the episode after it first aired, and it did not show up in reruns or on DVDs. However, it was eventually re-uploaded to YouTube, which is where I (half) saw it for the first time. It has also been subsequently removed from sites like Netflix, and it is yet to be known if the scene will return when the show leaves Netflix for NBC’s upcoming streaming service.

Issues like this are complicated for me because I feel like censoring old scenes like that just ends up making people more reverent towards the source material. The Office is a product of its time in all the best and worst ways, and I feel as if most people who rewatch it now probably do so with equal parts nostalgia and “yikes that wouldn’t fly now.” The few who miss the mark are the ones who would have anyway.

However, this does bring up something that I do want to touch on: hanging scenes in media for shock value. I know a lot of people find trigger warnings silly, but since the death of my cousin by suicide, having trigger warnings about hangings has been helpful to me. Still, because it is often used for shock value, there is no place for a trigger warning because the people behind the scenes want to keep the element of surprise. The problem is that, well … people have found their dead loved ones in situations like that, and it’s not being a “snowflake” to say that there has to be a better way of handling that.

I don’t think the scene in The Office is offensive, but it’s hard to watch because of the subject matter, and while I don’t think it needed to be erased, it just doesn’t feel funny, and maybe that’s the even worse crime.

[Note 10/29/19 (3:54) For clarification, Netflix did originate this censor, it shows the episodes the way NBC has been airing it for years.]