Things We Saw Today: OF COURSE Trump Wants His Face on Mt. Rushmore

Plus Grayskull, the Haunted Mansion, and more! 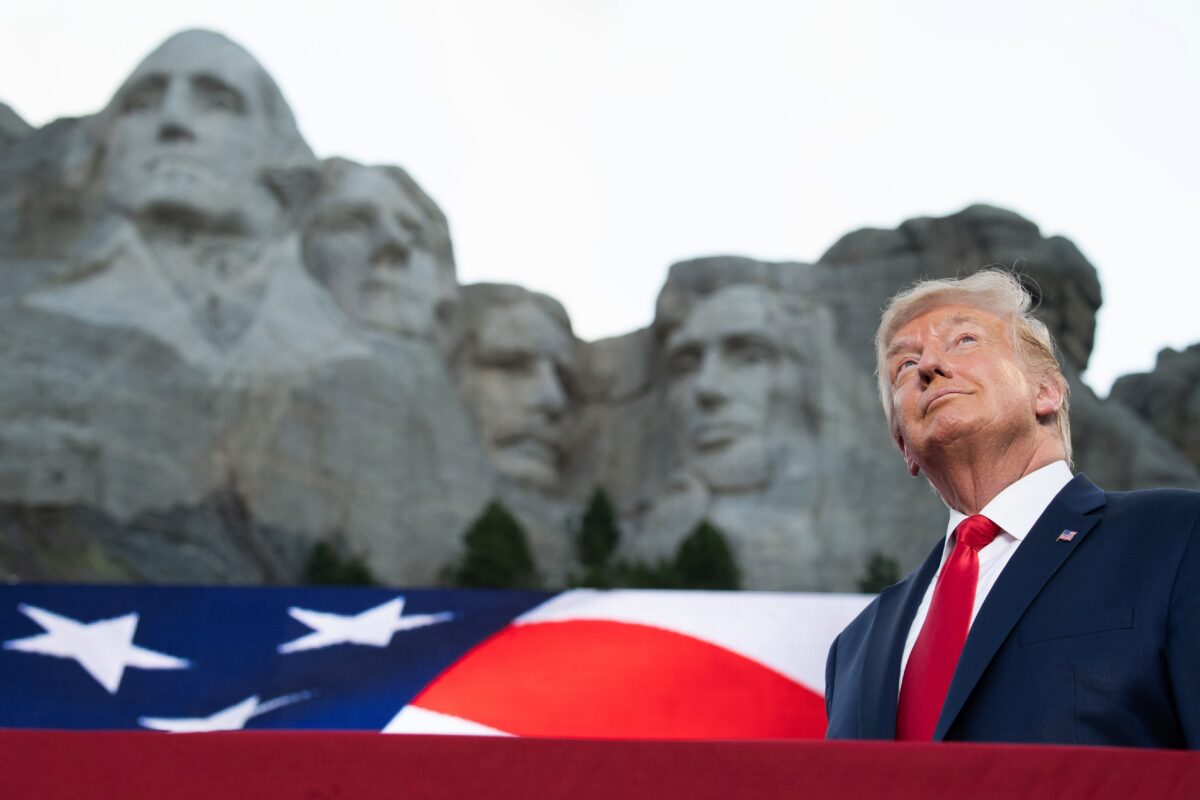 In news that will surprise absolutely no one, Donald Trump wants his head on Mount Rushmore. The story was revealed in an article on the aspirations of South Dakota Gov. Kristi Noem, an ardent Trump supporter, who invited Trump to celebrate the Fourth of July at the national landmark. The president and his team repeatedly brought up the possibility of adding Trump’s big dumb head to the national monument. Never mind that there is no more room on the mountain (or that Trump is even remotely deserving of it), he wants it nonetheless.

According to the New York Times, “last year, a White House aide reached out to the governor’s office with a question, according to a Republican official familiar with the conversation: What’s the process to add additional presidents to Mount Rushmore?”

In addition, upon his arrival in South Dakota, Noem gifted him with a h a four-foot replica of Mount Rushmore, which included his face on the side. Many thought that Noem was cozying up to Trump to win a position in his cabinet, with some speculating that she wanted to join the 2020 campaign as veep, ousting Mike Pence. Both Noem and the White House have denied these claims.

The topic had previously come up in a 2018 interview with Noem, where she visited Trump in the Oval Office and he brought up Mt. Rushmore. Noem, who thought he was joking, said “I started laughing, … He wasn’t laughing, so he was totally serious” adding “He said, ‘Kristi, come on over here. Shake my hand, and so I shook his hand, and I said, ‘Mr. President, you should come to South Dakota sometime. We have Mount Rushmore.’ And he goes, ‘Do you know it’s my dream to have my face on Mount Rushmore?'”

One man’s dream is a nation’s nightmare, I guess. It’s also as good a time as any to remind everyone that the Black Hills, where Mount Rushmore is located, is a sacred area for local Native Americans. In 1980, the Supreme Court ruled that the United States had illegally taken the land from the Sioux tribe in the landmark case United States v. Sioux Nation of Indians. This ruling came down nearly 40 years after the sculptures were finished in 1941.