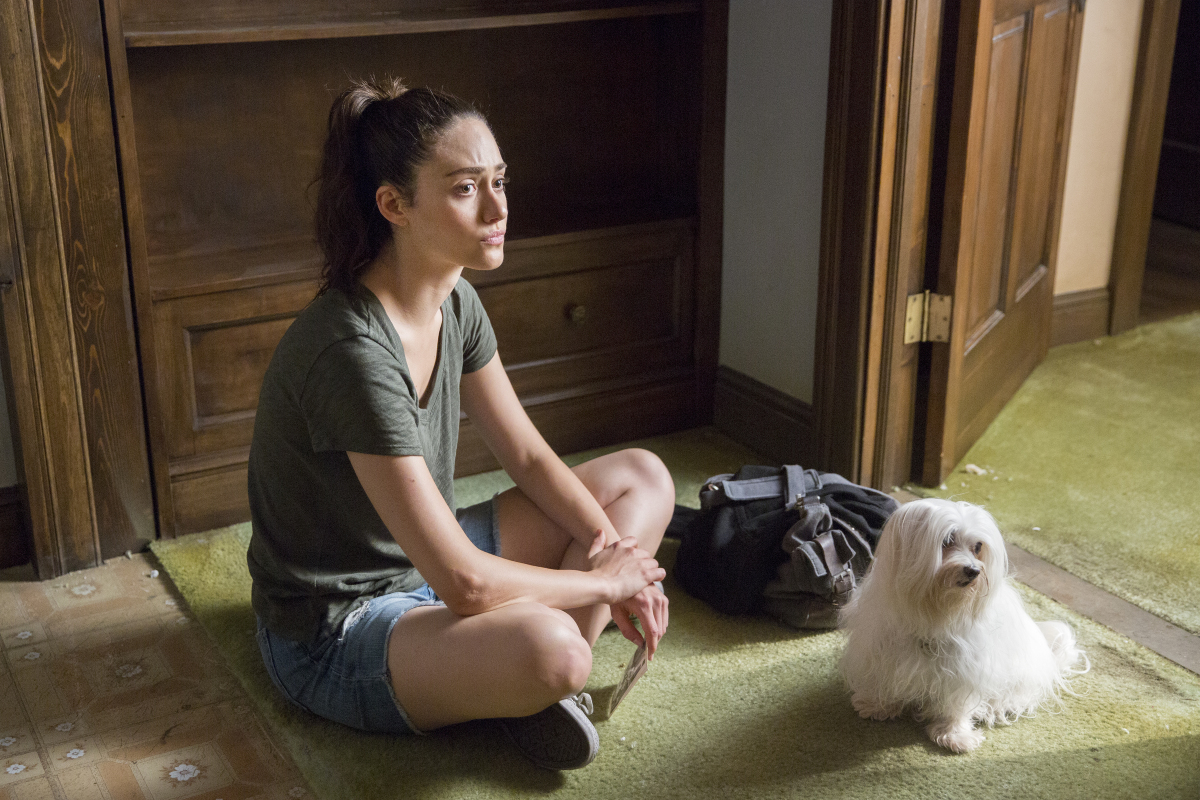 It was announced yesterday that Emmy Rossum, who has played Fiona Gallagher on the U.S. version of Shameless for nine seasons, will leave the show (with no Emmys to her name, because the world us cruel and unjust).

I love Shameless, and I adore Fiona Gallagher. She has been my favorite since the beginning, and with all the highs and lows her character has gone through, I have rooted for her, because I just want to see a poor girl from the South Side win.

Fiona is/has been (we aren’t sure yet how her character will leave the show, because the current season is still filming) the real leader of the Gallagher clan when we first meet her. From the age of sixteen, when Monica (their mother) walked out on them, and Frank became even more of a drain on their lives, Fiona stepped up to be the parent when no one else did—as the eldest of the six, who else was going to?

Yet, because of years of abandonment, mistreatment, and when it comes down to it, emotional abuse by her parents, Fiona was left with deep insecurities that caused her to be impulsive at times, to date sketchy men, to cheat on good men, and to turn to substance abuse to relax. Like all the Gallaghers, she has a cruel streak and will hustle and cheat to provide for her family, yet for most of the series, that was balanced out with being the most responsible on paper.

A lot of people ask me why I prefer Fiona to Lip as a character, since they are very similar in terms of being self-destructive. It’s not that I dislike Lip, but for as much shit as he gives Fiona for her screw-ups, he is never willing to really step up to the plate, and when asked to do so, deeply resents it. All the opportunities that he was allowed to have—that Fiona denied herself in order for him to have—because he was the “smart one” caused him to develop a chip on his shoulder.

He doesn’t truly belong to either world (academia or the South Side) and hates being pulled deeper into either, unless it’s on his terms. When asked to step up because Fiona can’t, he always crumbles. For all the grief they give Fiona for her mistakes, no one steps up to the plate when she flounders.

That’s why I adore Fiona, especially in the later seasons, where she puts her foot down and really tries to better herself—and that means being a bit selfish at times. At 28, Fiona spent almost half her life being a caregiver, and while she definitely asked for that responsibility (especially when she filed to be a legal guardian), she deserves more consideration for the fact that she has not had a childhood. She barely gets to have an adulthood. Fiona has holes in her life that she denied filling, because she wanted to be there for those kids, and it didn’t all turn out great.

Ian, Debbie, and Carl are all messed up in some kind of way, and part of that is Fiona’s fault for wanting to be both sister and parent, but part of it is the environment they grew up in that offered limited mobility and no examples of people having healthy families. For all the grief I have towards Debbie for getting pregnant so young, looking at the course of her character, it makes sense because Debbie always wanted the security of a nuclear family and thought a baby would solve that, especially when seeing other single moms.

Despite it all, Fiona tries to move forward. She has not accepted that her life needs to be a continuous cycle of poverty, and she is working to make something better for herself—and that means putting herself first, which is awesome to see. While not a “mother” in the biological sense, it’s Fiona who has fulfilled that role and did a great job for a long time.

She put herself last 90% of the time, worked shitty jobs, put herself on the line, and did everything she was supposed to do. Now that Lip, Ian, and Debbie are older, it’s time for them to grow up—especially if they want to act grown—and let’s not forget that whenever Fiona would tell them not to trust Frank or Monica, and the younger kids still would, who would they end up crying to in the end? Fiona.

When Fiona would open herself up to trying to do something for herself and everything fell apart, when she took her eye off the stove for two seconds, who would get blamed? Fiona—even though no one else decided to check the stove while she was gone.

She is a character I’ve cried with, loved with, and felt pain with—many times not even just because of the writing, but because of the amazing talent of Emmy Rossum, who killed it every single time. Shameless has always been bounced around from drama to comedy categories because no one seems to know quite how to classify it, but regardless of where you put it, Emmy Rossum’s dramatic performances as Fiona Gallagher deserved all of the awards.

Rarely do we get shows with realistic depictions of poverty from a female perspective—not just the financial struggles, but also the emotional ups and downs of growing up and trying to thrive in a toxic place. I love Fiona, and no matter how her character is written off, I’ll be sad to see her go. I just hope that the ending of her story does justice to the amazing character she has been.