Octavia Spencer Signs On For Next Divergent Film, Insurgent 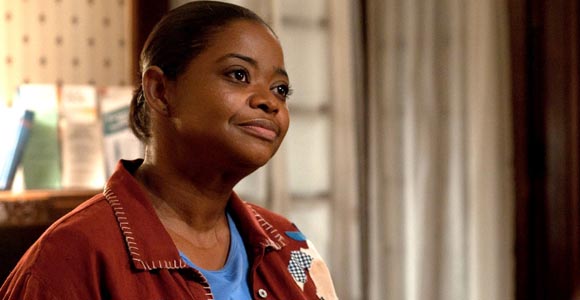 Lionsgate/Summit Entertainment are starting to shape up the cast for their Divergent followup, Insurgent, and have picked up an Academy Award winner!

Octavia Spencer, who won an Oscar for her role in The Help, will be playing Johanna Reyes in the film. Deadline writes:

Shailene Woodley, Theo James and Kate Winslet return from the first movie, which has surpassed $250M in worldwide box office and is Lionsgate’s highest-grossing domestic release since The Hunger Games and Twilight series. Insurgent raises the stakes for Tris (Woodley) as she searches for allies and answers in the dystopian ruins of a futuristic Chicago while on the run with Four (James) and hunted by the leader of the power-hungry Erudite elite (Winslet).

Spencer’s character will represent Amity (having transferred from Candor) in Insurgent, the faction dedicated to peace and forgiveness. Johanna is said to have a significant scar on her face which left her blind in one eye and with a lisp.

We recently learned the final book in Veronica Roth’s book series, Allegiant, will be broken into two films just like every other book series in existence these days. Insurgent’s release date is currently set for March 20, 2015 with Allegiant, Part 1 on March 18, 2016 and Part 2 hitting theaters March 24, 2017.