There’s Actually A Giant Ocean Below Earth’s Crust, Journey To The Center Of The Earth Is Legit

So that's where kaiju come from. What mysteries lie beneath the Earth’s surface? Some theories are awesome (Journey to the Center of the Earth); some are terrifyingly awesome (Pacific Rim); and some we just want to forget about entirely (The Core). But a team of scientists from the University of Alberta think they have proof that, deep below us, there’s a giant, subterranean ocean.

While on a hunt for something else entirely in the the Juina area of Mato Grosso, Brazil, Prof. Graham Pearson and his team paid a group of artisan miners about twenty bucks for a 3mm dirty-looking diamond. Though they were initially searching for another mineral, Pearson’s team discovered that the diamond, pushed to the Earth’s surface by volcanic rock, actually contained a small amount of ringwoodite. 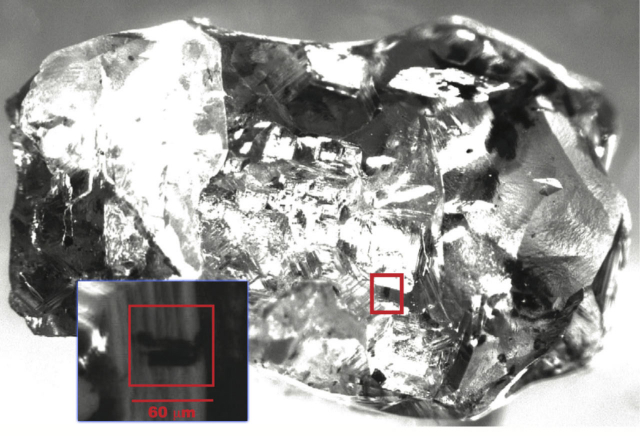 This was kind of a big deal for Pearson’s team because ringwoodite, a form of peridot, had previously only been found in meteorites; scientists had never found a terrestrial sample before. The most fascinating thing about ringwoodite, though, is that it’s made up of about 1.5% water – and since it popped to the Earth’s surface in kimberlite, the deepest kind of volcanic rock, it seems likely that there’s a giant ocean buried deep below the Earth’s surface.

Pearson says this indicates that water-based theories about the area between the Earth’s upper and lower mantle are likely correct. “That particular zone in the Earth, the transition zone,” said Pearson, “might have as much water as all the world’s oceans put together.” 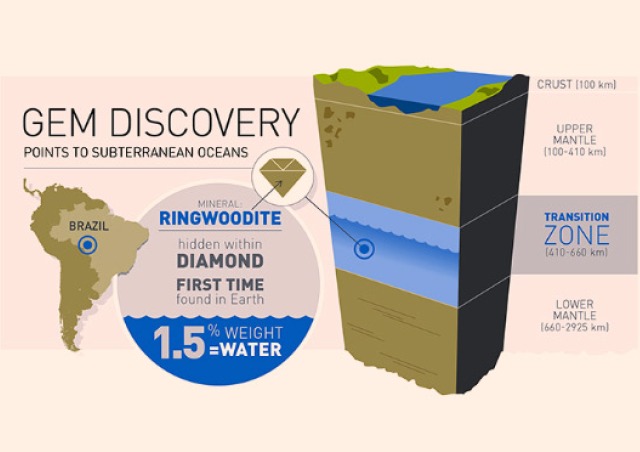 So that’s it then. Someone put together a team of charming convicts or handsome professional drillers and let’s get exploring. If you think the creatures on the ocean floor are creepy, can you imagine what’s waiting below that? Bye, I’m off to have nightmares forever.

(via Sci-News, images via Tom Bricker and The University of Alberta)

Journey to the Center of the EarthJules VerneoceansUniversity of Alberta