Things We Saw Today: I’m Obsessed With the Posters for Dolittle? 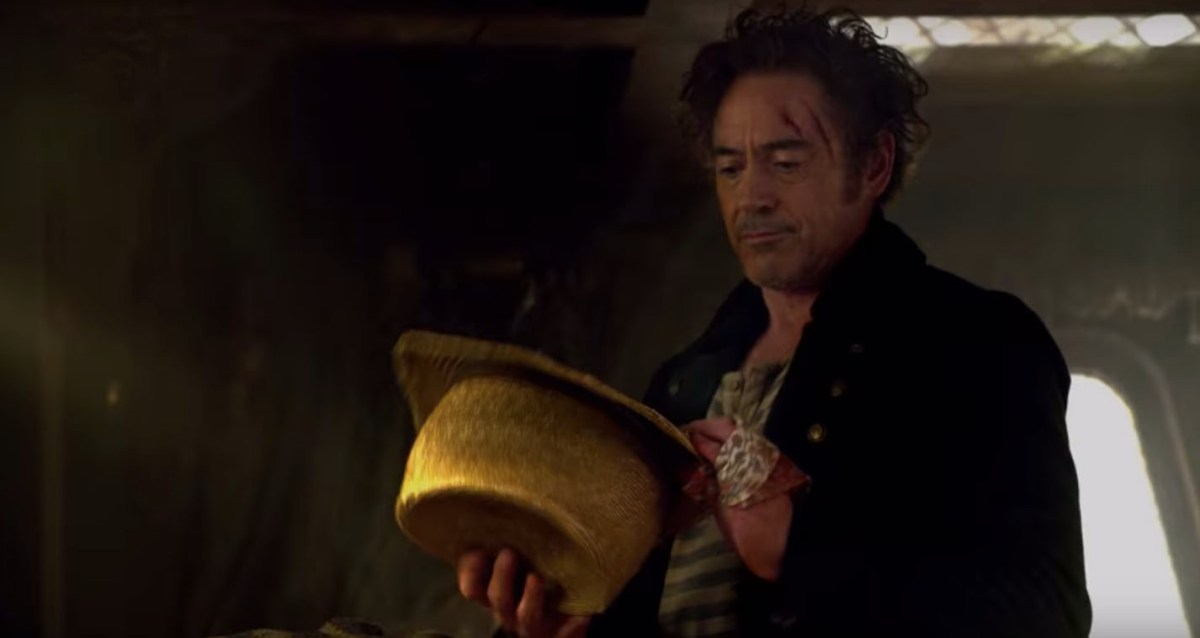 Should I stand on the side of a cliff and scream into the wind about how excited I am for Dolittle? A journey into the mystery and fun of Dr. John Dolittle, this film is based on the original 1967 film and the novels. It is peak Robert Downey Jr. with an eccentric look, an all-star cast (seriously how many Oscar winners does it take to voice a menagerie?), and a scene where Robert Downey Jr. tells a gorilla it’s okay to be scared, this might make me cry and honestly, that checks out.

This all started when Downey tweeted out into the internet about a “roll call” and we all asked ourselves…what?

This is your Doctor speaking…Feels about time for a roll call, don’t you think?

“After losing his wife seven years earlier, the eccentric Dr. John Dolittle (Downey), famed doctor and veterinarian of Queen Victoria’s England, hermits himself away behind the high walls of Dolittle Manor with only his menagerie of exotic animals for company.

But when the young queen (Jessie Buckley, Wild Rose) falls gravely ill, a reluctant Dolittle is forced to set sail on an epic adventure to a mythical island in search of a cure, regaining his wit and courage as he crosses old adversaries and discovers wondrous creatures.”

It seems like the kind of movie that has me squealing as if I am a kid all over again and I’m okay with the fact that I am maybe a bit too excited about this but all I want is a scene with Robert Downey Jr. and a seal.

But more importantly, we get a look at each of the animals that are going to help Dolittle on his quest! From Rami Malek to John Cena, Tom Holland to Octavia Spencer to Marion Cotillard and beyond, this cast is stacked and their beautiful little animal selves are adorable and fun? Did Robert Downey Jr. have stand-ins for these animals or did he just pose and do whatever he wanted and they photoshopped accordingly? What exactly will Michael Sheen and Antonio Banderas be doing as not-animals? I have lots of questions.

My favorite part of this entire adventure was Octavia Spencer (in a now-deleted tweet) sharing her character poster by just taking a screenshot of the email and posting that in response to Robert Downey Jr.’s tweet.

This has been deleted but I saved it because it is my new favorite thing that has ever happened pic.twitter.com/KCPzDPak5T

Don’t worry though, Robert Downey Jr. made sure to share every character poster on his Instagram page. Each got their own separate space (rather than just all in once post), and I wouldn’t have it any other way.

Repeat after me! Emma Thompson is Poly. #Dolittle in theaters January 17.

Things might get a little nuts…Craig Robinson is Kevin. #Dolittle in theaters January 17.

This January…Octavia Spencer is Dab-Dab. #Dolittle in theaters January 17.

Get ready…Ralph Fiennes is Barry. #Dolittle in theaters January 17.

I can barely wait… John Cena is Yoshi. #Dolittle in theaters January 17.

I can’t wait to see what Dolittle has in store for me. It’s going to be something, that’s for sure.

Anything we missed out there Mary Suevians? Let us know in the comments below!