Fine, Let’s Talk About What Obama Said About Going Too Far Left 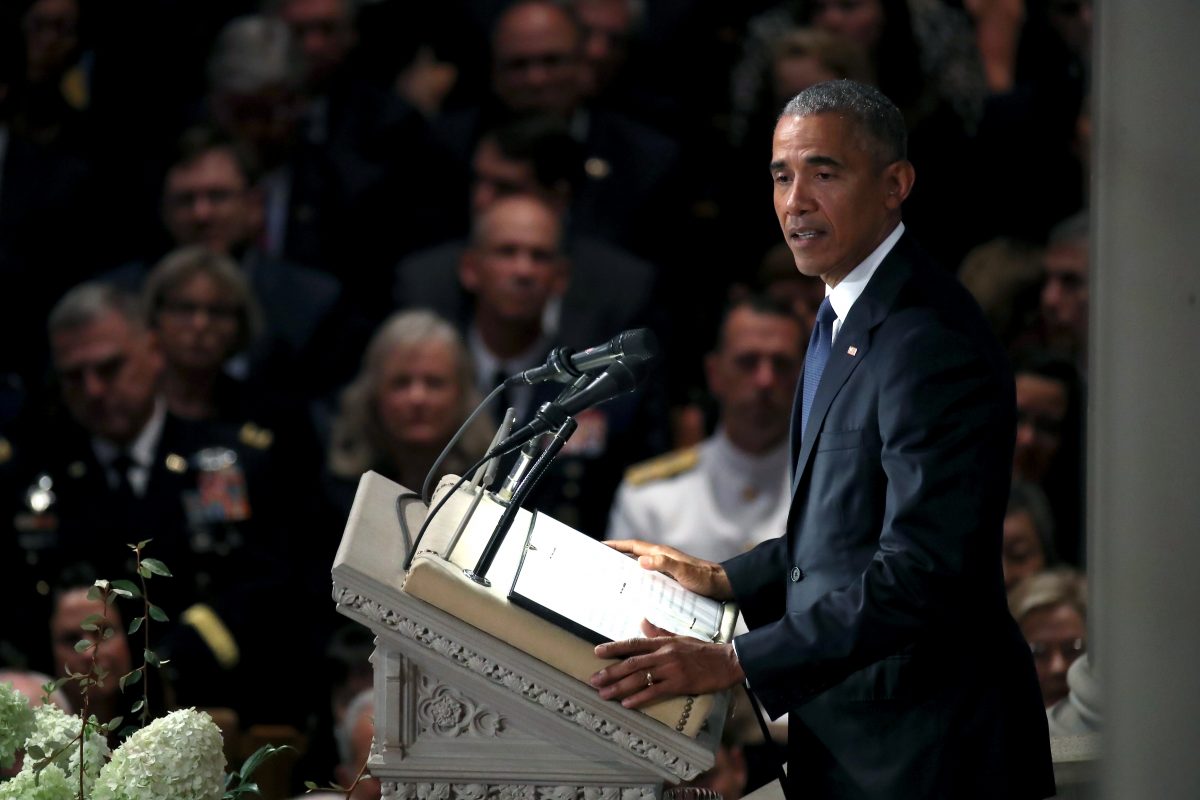 It’s been a long time since we’ve talked about a President that didn’t make us want to scrap America and start all over again, so in a way it’s nice to have a President in the news who can put together a coherent sentence. Unfortunately, we’re talking about Obama in a less than comfortable context after he made divisive remarks warning Democratic candidates to reign in their more radical left-leaning policies.

To be clear, no where in Obama’s remarks did he warn against going “too far left.” His words were more nuanced than that, but their actual content along with the implication that candidates like Bernie Sanders and Elizabeth Warren are indeed too far left got people talking, and angry. And with good reason, because while his remarks made a good point, they were pretty dismissive.

“Even as we push the envelope and we are bold in our vision we also have to be rooted in reality,” Obama said. “This is still a country that is less revolutionary than it is interested in improvement…The average American doesn’t think we have to completely tear down the system and remake it.” Many people took these remarks as indirect jabs at the more radical policies of the two out of three front runners for the Democratic nomination: Elizabeth Warren and Bernie Sanders. You know, the ones who weren’t Obama’s vice President.

Voters, including Democrats, are not driven by the same views that are reflected on certain left-leaning Twitter feeds, or the activist wing of our party…And that’s not a criticism to the activist wing — their job is to poke and prod and text and inspire and motivate. But the candidate’s job, whoever that ends up being, is to get elected.

This kind of attitude: Cautious, diplomatic and seemingly pragmatic is very Obama. During his tenure he always sought to find middle ground, compromise and never get to radical, so as not to scare the nice middle Americans…and that got him nowhere.

Seriously. Obama, as much as we respect his dignity and decorum, was the Ned Stark of Presidents: an honorable man in a world of cut-throats and dragons who ultimately allowed evil to thrive by not meeting it in open battle. Obama’s insistence on negotiating with people who would rather see him jailed than speak with him got Democrats nowhere, and yet he still thinks candidates should cave to the people who think people who only white, straight, Christian, cis Americans count as humans.

No. That’s not how it works and it seriously stings to be reminded that the candidate who ran on radial, idealistic platform of hope and change had no rel hope of changing anything. We do need to tear down the system and I think more people than Obama gives credit to feel that way.

Obama made sure to note he’ll be campaigning for whoever gets the nomination, saying: “We have a field of very accomplished, very serious, and passionate, and smart people who have a history of public service, and whoever emerges from the primary process, I will work my tail off to make sure they are the next president” He also noted that a “robust” primary isn’t something to be afraid of given that he had one as well. (Please tell that to 2016).

Even so, his remarks were not well-received by those he was not-so-subtly shading.

I want to be the party of the New Deal again.

The party of the Civil Rights Act,
the one that electrified this nation and fights for all people.

For that, many would call us radical.
But we aren’t “pushing the party left,”
we are bringing the party home.pic.twitter.com/wLeDaxCHkZ

In  forum aired by Univision, Bernie Sanders had a clear retort:

The agenda that we have is an agenda supported by the vast majority of working people…When I talk about raising the minimum wage to a living wage, I’m not tearing down the system. We’re fighting for justice.

Elizabeth Warren avoided calling out Obama, saying: “I so admire what President Obama did…He is the one who led the way on health care and got health care coverage for tens of millions of Americans when nobody thought that was possible.” But she continues to run on a platform of “big structural change” and the fact both she and Sanders are getting so much support means that people do want that sort of change.

When faced with an opponent like Donald Trump, who has thrived in a corrupt system and has no regard for the dignity or humanity of most of America, it’s not the time to cave to the system that allows him to remain in power. It’s time to stand up and call for change that’s not a slogan, that truly puts on the path to a better more hopeful future and not more of the same.