Amplification, or How Obama’s Female Staffers Ensured They Were Recognized 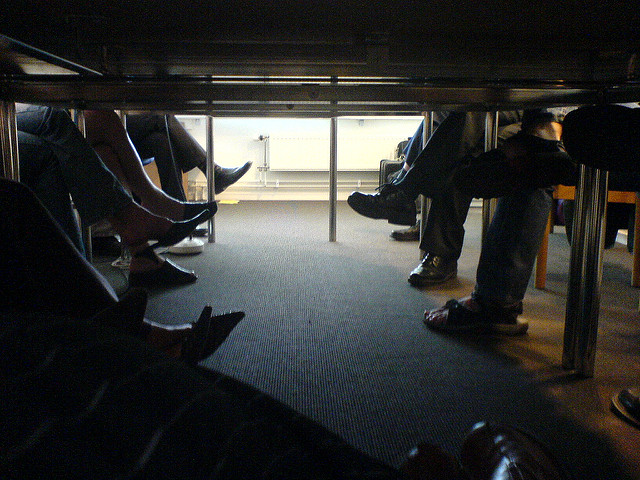 It’s a tale as old as time: female co-worker speaks in a meeting and is either ignored or dismissed. Male co-worker proceeds to say the same thing and is showered with praise while the woman looks into the camera like she’s on The Office. Studies have shown that women have to fight to have their words heard and their ideas recognized in professional settings because they’re oftentimes perceived as less competent and more “interrupt-able.”

This is a common type of unconscious bias, and a recent story about Obama’s female staffers fighting this perception is a great example of how women (and men!) can empower each other in these spaces. While half of all White House departments are currently headed by women, former White House communications director Anita Dunn called Obama’s cabinet “a tough circle to break into” since, at first, staffers consisted mostly of men who formerly worked on the President’s campaign. National security adviser Susan Rice also said “It’s not pleasant to have to appeal to a man to say, ‘Include me in that meeting.'” While likely unintentional, that kind of circle can create a “boy’s club” dynamic, making female staffers feel unwelcome.

To change that, the female staffers began applying a simple, but effective strategy called “amplification.” Here’s how it works:

When a woman made a key point, other women would repeat it, giving credit to its author. This forced the men in the room to recognize the contribution — and denied them the chance to claim the idea as their own.

One former aide noted that Obama recognized these efforts and “began calling more often on women and junior aides.” Something noteworthy about amplification is that anyone can practice it! As someone who’s been the only woman in a meeting or sometimes the only person of color in a space, I can speak to just how much it means to have someone acknowledge your point, give you credit, or make sure you’re not interrupted.

There are so many women saying great things and if you’re not doing your best to make sure they’re heard, you’re the one missing out. Giving credit where it’s due isn’t just a decent thing to do—it makes sure you’re working with the most qualified people and getting the best work out of them.

(via The Cut, Image via Rikard Wallin on Flickr)